Up close: A visitor getting the feel of a lion dance performance at the open house.

THE Chinese New Year open house hosted by the Kuching South City Council (MBKS) was a grand and colourful affair.

Thousands of people thronged the Dewan Masyarakat at Jalan Padungan to enjoy free food, beverages and goodies served at 83 stalls.

Prime Minister Datuk Seri Najib Tun Razak, who was the guest of honour along with his wife Datin Seri Rosmah Mansor, was impressed by the size of the crowd.

In his speech, Najib praised the entrepreneurial ability of the Chinese community and recognised their contribution to the nation’s economy and development.

“When we can combine the strengths of each community, we can produce success for the nation,” he said. 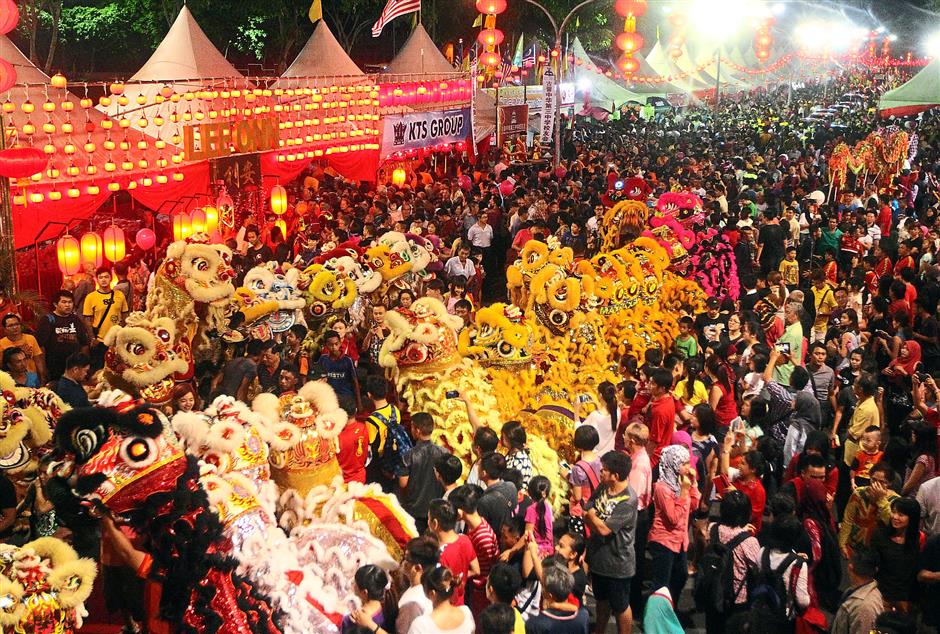 Time to celebrate: A crowd of 60,000 people thronged the open house.

He likened Malaysia’s multiracial society to yee sang, which looked like a mess when tossed but tasted delicious.

Similarly, he said, the nation was strong when everyone came together as 1Malaysia to celebrate unity in diversity.

“What’s important is the underpinning values associated with diversity, such as mutual respect of one another’s culture, lifestyle, religion and language.

“I see that in Sarawak even before the 1Malaysia concept. This is the strength that we must solidify as we move forward.”

Chief Minister Tan Sri Adenan Satem said the open house encapsulated what Sarawak was about, where people of different races and backgrounds could sit down together and share a meal.

He also announced an allocation of RM4mil from the state government for 14 Chinese independent schools in Sarawak, RM1mil more than last year’s allocation. 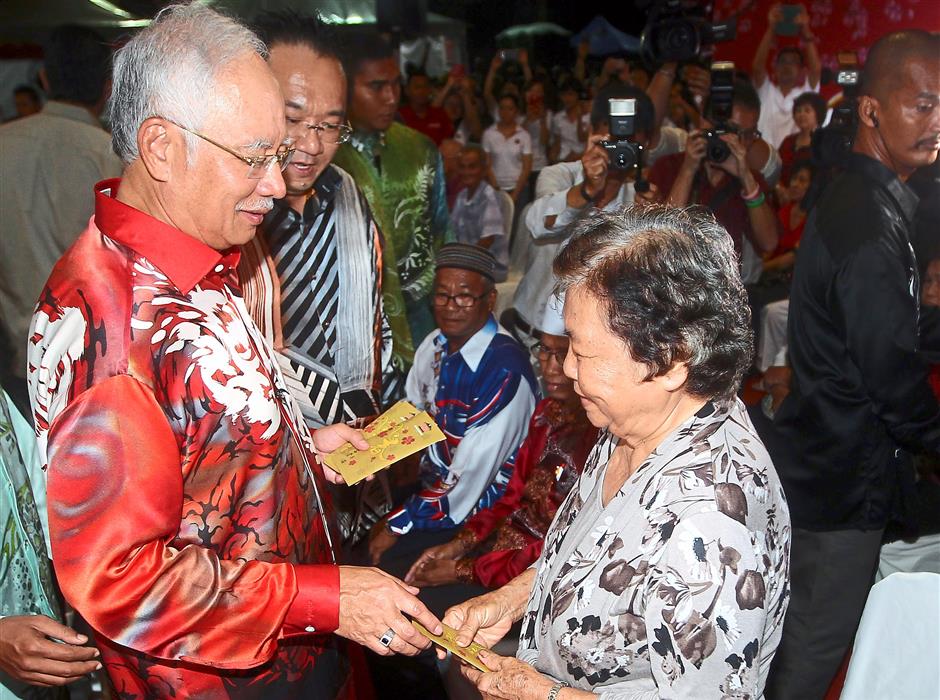 Good luck: Najib presenting an ang pow to a senior citizen at the open house.

He said it was through such events that people from various backgrounds and ethnicities could celebrate festivities, exchange greetings, renew bonds and create new relationships.

“As the city council, we act as the catalyst for the event and the ones who make it successful are the participants comprising community associations, corporate sector, NGOs and everyone attending the function.

“It is their efforts that create what we see – people of every race greeting each other and enjoying themselves. The peace and harmony is what every city needs – a strong social cohesion among all ethnic groups, living and working together to bring Kuching forward as a liveable city,” he said.

There was also a fireworks display to celebrate the festive occasion.