Commuters enjoy free and clear traffic on the MRR2.

The frequently congested roads in Kuala Lumpur and Petaling Jaya were found to be near empty during the Chinese New Year festivities.

In Kuala Lumpur, many families took advantage of the clear roads to spend their day outdoors.

Mohd Iskandar Abdul Kadir, 46, and his family decided to have a picnic at Taman Tasik Ampang Hilir.

“With such clear weather and traffic, we decided to have a early morning picnic here. Most times, we aren’t able to come here as we live in Cheras. It is nice to be able to enjoy the beauty of nature and the empty park,” he said. 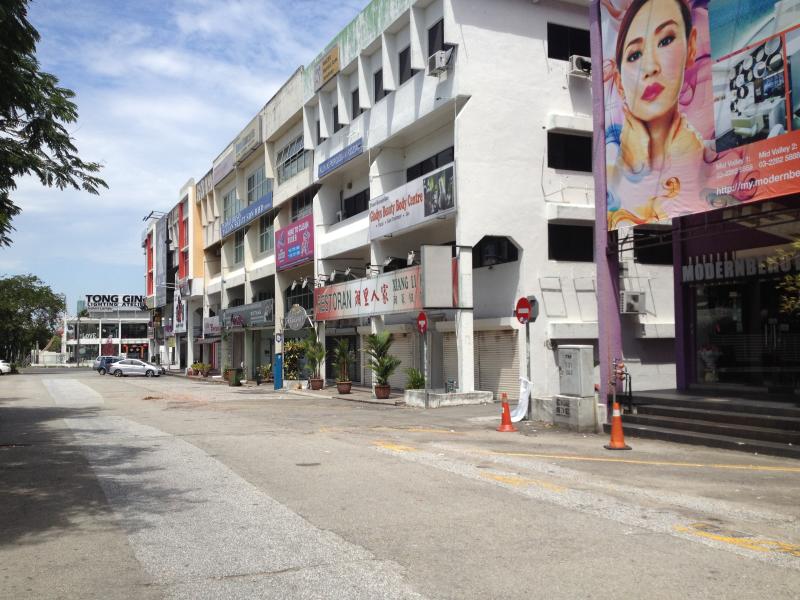 Meanwhile, Jennifer Kwok, 59, and her extended family of 10 were seen enjoying a meal at KLCC.

“After celebrating CNY at home for the past two days, we were fed up of being cooped-up in the house. So, we decided to come here for a meal and do some sightseeing,” she laughed.

In Bukit Bintang, student S. Ganesh, 23, said he and his friends decided to head to Pavilion to do a spot of shopping.

“As we study in Petaling Jaya, we rarely get a chance to come to KL. With such good traffic, we thought it would be nice to see the CNY decorations and perhaps take in a movie as well,” he said.

Meanwhile, it was a Friday most working adults dream about - one with clear roads and ample parking spaces.

Traffic was quiet towards major shopping malls like One Utama Shopping Centre, The Curve and Sunway Pyramid and the Federal Highway was a breeze to drive on.

Many Klang Valley residents took advantage of the public holiday to have leisurely drives around the city.
Elizabeth Michael and her husband drove from Shah Alam to Petaling Jaya to have a quiet breakfast.

"It was nice to have a break from the usual heavy traffic on Friday,” she said.

Keren Bala Dewan,28, who resides in Petaling Jaya, said he was glad to be free from traffic. “For once, there’s ample parking in areas like Damansara Uptown and PJ State,” he said.

However, it was a different scenario in Klang’s Little India as shoppers took advantage of the Chinese New Year public holidays to crowd the Indian business enclave famous for good bargains in textiles, saris, jewelleries, silverware, aromatic spices and traditional delicacies.

Bus coaches from Kedah, Penang and Johor brought in locals for domestic tours and shopping sprees.

Pavement vendors also enjoyed brisk sales with their wares. Motorists parked their cars on both sides of Jalan Tengku Kelana causing the main thoroughfare to be narrowed to a single lane that caused other vehicles to move bumper to bumper.