Many Malaysians not getting enough sleep, says CAP 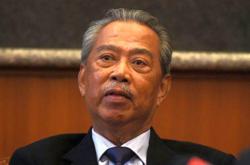 Mohamed Idris: Malaysians should get eight hours of sleep a night

MANY Malaysians today are sleep-deprived, thanks to tech advances that allow us to work and play 24/7.

Consumers Association of Penang (CAP) president S.M. MohamedIdris said that a regional survey showed that Malaysians got only 6.4 hours of sleep on average, short of the recommended eight hours of sleep.

“The survey also indicates Internet addiction as a new threat to healthy living,” Mohamed Idris said in a press conference at the CAP office at Jalan Masjid Negeri, Penang.

He also said 73% of Malaysian adults interviewed agreed that their online activities and social networking at night were becoming addictive.

“Driving from 2am to 4am when the body is preparing to sleep is going against the biological cycle.

“This results in less alertness and slower response on the road,” he said.

As such, Mohamed Idris said driving during those hours could lead to accidents and it was particularly dangerous for express bus drivers at work in the wee hours of the morning.

“According to a report by the Road Safety Department and the Sleep Disorder Society of Malaysia, 30% of 300 Malaysian bus drivers suffer from sleep disorders,” said Mohamed Idris.

He added that the practise of allowing express bus drivers to be on the road during the wee hours should be banned.

He said the findings, which were highlighted at the Sleep Conference 2014 in Kuala Lumpur, were worrying as chronic lack of sleep put one at risk of serious medical conditions including obesity and heart problems.

He called for the management of factories to stop night shifts.

Mohamed Idris also called upon the Health Ministry to have campaigns to create awareness about the benefits of getting enough sleep.

“Malaysians should get eight hours of sleep a night.”

He advised against any activities that would excite the brain just before bedtime.