THERE was a large number of uniformed personnel on duty during Thaipusam this year to maintain order.

Prem Kumaresan, 45, said there was greater security this year compared to his previous visits.

“I have been coming here for the last 10 years. Previously, police presence was limited and could not control the huge crowd.

“Often, shouting and fighting will break out, disrupting the festival.

“This year, however, the crowd is better managed and I have also seen fewer parking touts around,” he said, adding that traffic flow had also improved.

They helped to clear the path for the larger and more elaborate ones. 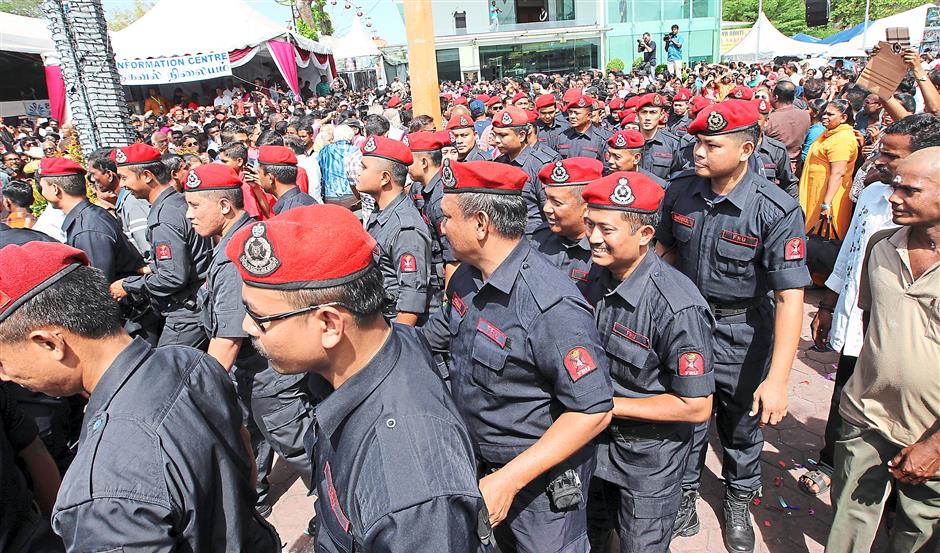 Maintaining the peace: A higher number of security personnel deployed at Batu Caves during the festival this year.


Many visitors also said that more rubbish bins had been placed around the temple compound.

“I was pleasantly surprised to see volunteers in red vests from Malaysian Plastics Manufacturers Association (MPMA) holding signs to indicate where the bins were,” Velashini Subramaniam, 25, said.

“People made an effort to throw their rubbish into these bins instead of on the ground.

“However, many of the bins were overflowing,” she said. 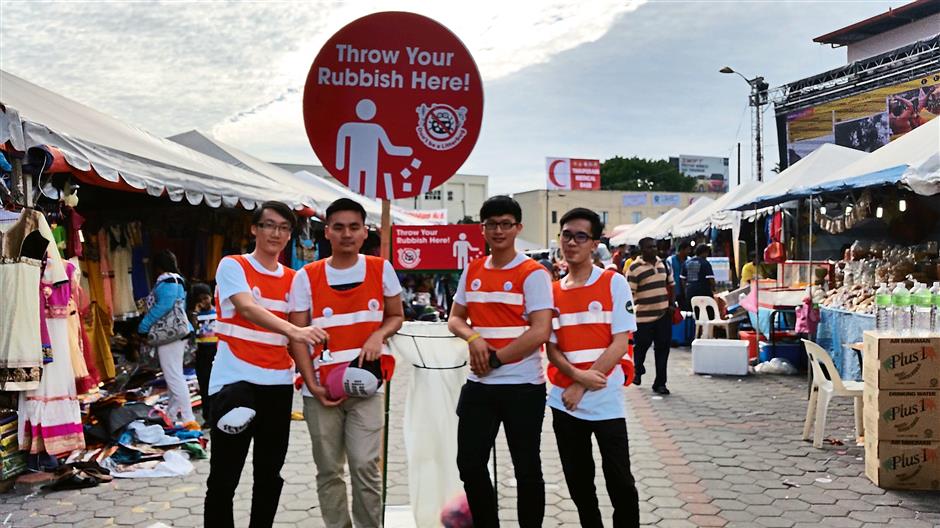 Follow the sign: Some of the Malaysian Plastics Manufacturers Association volunteers, who were present to encourage the public to dispose waste in a responsible manner.


Many visitors were seen checking out a special exhibition to celebrate 125 years of Thaipusam in Batu Caves.

It features photographs and documents which chronicle the development of the festival since 1891.

The exhibition is free and open until Feb 8.