Rally against Kidex and Dash expressways 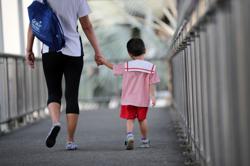 The rally saw 760 signatures penned down opposing the projects, with two large “NO” signs placed on the field, while speakers from both the Say No To Kidex (SNTK) and Say No To Dash (SNTD) residents groups stood on the field’s dais to address the crowd.

“There is nothing selfish about protecting your family and home,” SNTD spokeperson Michelle Wong said.

Both Wong and Mak said that in previous attempts to obtain documents and updates on the proposed expressways, the answer given was that there were no approvals yet.

“In the meetings with Works Minister Datuk Fadillah Yusof where we managed to get copies of the project documents, we saw that the Selangor government had also been given the same documents,” said Mak.

There was also a shock announcement that Dash had been approved as per a recent media report.

“Don’t get too bothered on the distance of the highways from your home or how many meters’ in distance they are, just say no,” Zaid said, adding that the crowd should keep the momentum going in the protest against the highways.

“The local authorities have not explored other methods of traffic reduction, and are seen promoting Kidex at the expense of PJ residents’ well-being,” his statement read.

“As Kidex must now be approved again by the Selangor state government before it can proceed, all the Pakatan Rakyat state elected representatives should reject the project outright in its present form,” said Tan.

The rally also saw the presence of some Pakatan Rakyat elected representatives.

They were heckled and prevented from addressing the crowd and held an impromptu press conference.

PJ Utara MP Tony Pua said the Selangor government not only had to be fair, but seen to be fair in considering whether to reject the proposed highways outright.

“You do not want a government that acts on its whims and fancies, we want to put in proper markers just like a court room, so that if the other side defends their case, and if they do not comply with our strict terms, there will be no highway,” said Pua.

Kidex, estimated to cost RM2.42bil, will cut across Petaling Jaya from the New Klang Valley Expressway’s Damansara exit, before ending at the Bukit Jalil Highway.

The concession agreeement for Kidex has been extended until Feb 15.

Dash, a 20.1km route from Shah Alam to the Klang Valley Centre, that ends at Damansara Perdana was allocated RM4.2bil in Budget 2015. 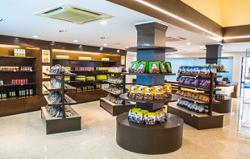 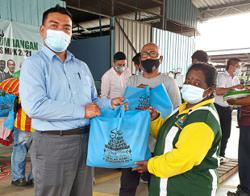