In-store experience: The Borders brand has been retained in all the bookstores from the way customers are served, the variety of merchandise and the browsing-friendly concept.

THE grand opening of Borders bookstore in IOI City Mall in Putrajaya kicked off with an exciting performance by the Malaysian Drums Symphony that reverberated throughout the shopping complex.

In her speech, Yau said Borders was brought in to Malaysia 10 years ago and that the Putrajaya store marked the brand’s eighth here.

“Borders aims to serve every book-loving, knowledge-seeking person in Malaysia, and we will continue doing so despite challenging times. “Malaysia is the only country in the world where Borders exists, as we bought the rights prior to the closure of Borders in the United States and we operate independently of Borders Group Inc,” she said.

“A big part of the focus is on the Malay range such as the Fixi collection, Malay novels and books by Malaysian writers. We will tweak the product range as we get more familiar with the local market’s preference.

“The books we have represent the core genres at Borders and are popular among Malaysians.

“Children’s bestsellers are those from the Wimpy Kids and Geronimo Stilton series, while the young adult crowd favours books by authors such as Rick Riordan and John Green.

“Movie tie-ins are very popular as well, so we work with publishers to bring in movie-themed books and merchandise,” he added.

Xavier said the heritage of the American brand had been retained at all Borders bookstores, in the way customers were served, the variety of merchandise, and the browsing-friendly concept.

“We also emphasise the in-store experience by having in-store activities and storytelling sessions for better interaction experience with the customers,” he said.

On RadioShack, Tan said it was primarily a store offering DIY kits and electronic items, though it also sold audiovisual products and IT gadgets such as powerbanks.

“There is good potential for RadioShack in IOI City Mall, as the store is able to cater to residents in the area and students from surrounding private universities,” he said.

RadioShack is a store-in-store set-up located within Borders. 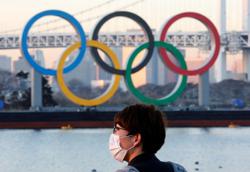