Comparing notes: Dr Daroyah (left) and Dr Afif speaking to reporters about the free mammogram screening programme in Penang which is modelled after the one introduced by the Selangor government in 2009.

A FREE mammogram screening will be available for registered women voters in Penang by February.

Under the programme, he said women would be given transport to receive their mammogram screenings and they would also attend health talks.

“We are in the final stages (of preparations) and will have it up and running after the Chinese New Year,” he told reporters after meeting with Selangor Health, Welfare, Women and Family Affairs Committee chairman Dr Daroyah Alwi, adding that the state would be spending RM3mil on the programme for three years.

He said the programme would be modelled along the lines of ‘Mammo Sel’ which was started by the Selangor government in 2009.

Dr Afif said dengue cases had continued to rise in the first month of the year.

He said the state Health Department and the Penang Municipal Council would launch ‘Ops Bersama’ this week in the northeast district to tackle the dengue hotspots there. 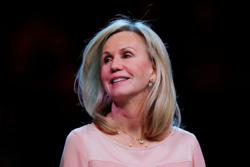 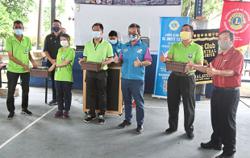