All requirements were met, says developer 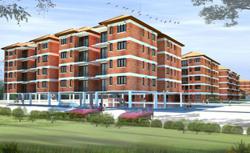 THE developer of Templer Jhara, a 60-unit bungalow project in Lot 5070, Templer Park, Rawang, has refuted claims that the project has contravened hillslope development guidelines.

A spokesman from Shining Crest Sdn Bhd said they had followed all the requirements when building a retention wall and hoarding next to Templer Villa.

“The retention wall was built on company land and we fulfilled the buffer zone of 10ft from residences .

“Both the hoarding and retention wall complied with the guidelines set by the Selayang Municipal Council (MPS).

“We have also built temporary drains, earth bunds and silt filters in the retention wall to filter mud as well as a pipe to channel water from the seep holes to a drain.

“The temporary road leading to the site was also built to slant, away from the houses, to allow water to flow out,” she said at the site office.

The spokesman added the heavy rain may have damaged the bunds and the contractors will need to repair them.

Concerns over the hillslope development at Templer Park arose in November 2012.

In 2013, Templer Villa residents objected to the proposed residential development for fear of landslides.

According to the developer, the bungalows will be built on a piece of 12.4ha land named Phase 5A.

Phase 5A and Phase 5B (Templer Villa) make up the land title for Phase 5, and was approved for a residential project before 2000.

Plans to build the bungalows had been approved by previous developers alongside with the development order (DO).

Due to several ownership changes, the project was delayed and the land was later sold to Shining Crest.

Building plans for the bungalows had been approved in 2013.

The spokesman also confirmed that several streams and a waterfall will not be affected by the development.

“Phase 5B was not a reserve forest as claimed by the residents.

“The whole area was already approved for development and a public hearing was not required.

“We have followed the requirements as stated in the DO,” she said.

The spokesman denied that the frequent floods in Persiaran Bukit Takun 1 had been caused by the Templer Jhara project.

“The illegal land clearing at another site of Templer Park which has clogged the drains is to blame,” she said. 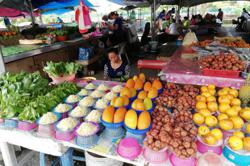 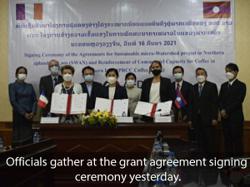