Use powerful law with caution

SARAWAK and Sabah have their own autonomy control when it comes to immigration laws.

It is a very powerful law – and thus must be exercised with justice, fairness and wisdom.

That immigration law is among the 18- and 20-point agreement that Sarawak and Sabah respectively inked with Malaya (and Singapore then) in September 1963 during the negotiations among the four parties to form Malaysia.

The immigration law is seldom used to bar people from coming to Sarawak, expect on several occassions in past years when opposition figureheads were stopped from entering.

In recent months, the Sarawak state government under Chief Minister Tan Sri Adenan Satem has shown that it dares to publicly exercise that immigration power with full force.

It has barred several people, including opposition politicians, and recently Datuk Ibrahim Ali of Waythamoorthy had resigned from the federal Cabinet last year and is now an activist fighting for the rights of Malaysian Hindus.

I think that the decision by the Chief Minister’s Office to bar Waythamoorthy from entering Sarawak is done in haste and is a rather harsh decision.

Waythamoorthy may be a controversial politician, but he is not an extremist in any form.

He is certainly not a religious or racial extremist.

Unlike Ibrahim and Ridhuan who had made many extremely-provocative remarks in public that had hurt the feelings of non-Muslims, Waythamoorthy had not gone around doing that.

He had been very fierce and aggressive in fighting for the welfare of the Indians in the country, so much so that he criticised even the Cabinet for allegedly not doing enough to help Indians in Malaysia.

That does not make him an extremist.

He was supposed to be a guest speaker at a forum in Kuching to discuss the Sedition Act.

That Act is now the subject of controversy among certain sections of the public, especially among law experts, politicians from the opposition side who are worried they may be victimised under the Act, and also among human rights and social activists who are concerned that their activities will be curbed by those who will use the Act against them.

The Kuching forum on the Sedition Act was organised by several individuals who are known to be human rights activists.

Yes, these activists are deemed to be controversial people in the eyes of the authorities, but I don’t think they fall into the category of “extremists”.

Waythamoorthy is known for being openly-defiant against certain government policies and decisions, even when he was still in the Cabinet.

He even dared to question certain decisions made by the Prime Minister when he (Warthamoorthy) was in the Cabinet.

Again, that does not make him an extremist.

To bar him from entering Sarawak is certainly a very drastic decision on the part of the Sarawak Chief Minister’s office.

Whether it was Adenan himself who made the decision, it is still one that is very drastic.

Maybe the CM’s office has urgent reasons to stop Waythamoorthy from coming to Sarawak but certainly, the powerful immigration law must not be used once too often or else it will only generate unnecessary controversial publicity for Sarawak.

That law must be enforced without compromise only when dealing with people who are well-known for being ultra radicals and extreme in religious and racial matters.

That law must also be used without fail on people who are militants, who are potential terrorists and people who have known criminal records of serious nature.

That law cannot, and must not, be used on people who are simply critical of the government or those who do not see eye-to-eye with the government.

Unless a person poses a public danger to society and who may stir up social unrest that could jeopardise peace and harmony and the safety of the public, to use the immigration control to stop him from coming into Sarawak is really harsh.

The Sarawak state government must be more cautious when using that power.

Such a powerful law must be exercised with wisdom and great responsibility so that justice is not only served, but is seen to be served.

Apart from that subject of controversy surrounding the barring of Waythamoorthy from Sarawak, 2015 started off on a rather good note for Sarawak.

Overall, it was a peaceful start to the new year.

Except for some flood-hit areas in Sarawak, Sarawakians were greeted by a more “normal” start to 2015 compared with the 200,000 plus flood victims in the peninsula states whose homes and properties had been devastated by the extensive floods ilast month.

Various organisations and political parties in Sarawak are collecting donations in cash and in material form to be channeled to the peninsula states affected by the floods.

Well, at least 2015 started on a charitable note for these concerned Sarawakians. 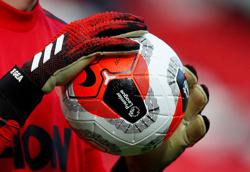