A view of Doha’s skyline seen from the city’s Corniche promenade. — AFP

THE 2022 FIFA World Cup kicks off tomorrow when the hosts Qatar take on Ecuador in the Group A match at Al Bayt Stadium.

What will follow over the ensuing weeks that lead up to the final at Lusail Stadium in Doha on Dec 18 is anybody’s guess. What we do know is that there will be much intrigue, great football and many stories of joy and pain.

That’s what makes this game so popular.

The storylines from on and off the pitch will not be in short supply, neither will we tire of watching football being played by the best practitioners of our time and seeing so many of them (and their fans, friends and families, and nations) win and lose, in equal measure.

For many, and with good reason, Brazil or Argentina will win it in the end, and perhaps marginally in that order.

Defending champions France, Spain, England and Germany could well have a say in who wins it. But they are likely to start, and maybe finish, in the tier below the first two mentioned.

Of course, there are several other determining factors that will surely come into play as the tournament unfolds. Brazil’s Richarlison (right) with defender Thiago Silva on international duty. They will be chasing a sixth World Cup title in Qatar. – AFP

Often, at Cup tournaments, the form book is tossed out of the window, and rightly so.

This in turn leaves us with the probabilities of upsets, and these, by themselves, can alter the course of the World Cup. History has taught us this down the years, and we might well be in for another lesson in Qatar.

But form and upsets alone will not be the worry of many.

Injuries to key players, at key moments during the competition, could also have lasting effects on the fortunes of some, just as scandals had done in the past.

The weather should also be factored in here. There is a school of thought out there that says not too much should be written into the weather becoming a factor at the World Cup.

Well, that might be so, or it could be well off the mark and prove a boon for one or two and a bane for others. But beyond all this, what matters most is who wins the most and who wins at the end on Dec 18.

Brazil have won the World Cup five times, the best record of any country, but they haven’t done so in the last 20 years – when Japan and South Korea were hosts.

Indeed, only when the World Cup was played outside of the Americas and Europe for the first time (2002), did Selecao – The Selection as they are known – win it for a fifth time and extend their own record at the time.

Given the depth of talent among the Brazilians, it is a bit difficult to predict exactly who will start when they begin their campaign against Serbia at Lusail Iconic Stadium on Nov 24.

But if the likes of goalkeeper Alisson, defenders Thiago Silva and Danilo, midfielders Casemiro and Neymar Jr, and strikers Raphinha, Gabriel Jesus and Vinicius Jr are fit, then they will surely get the nod from manager Adenor Leonardo Bacchi, better known as Tite.

Argentina might start the tournament just off Brazil’s backing, but for many they will be the sentimental favourites – if only because of Lionel Messi.

The diminutive No.10 is playing in his fifth and last World Cup. And there is no doubt about whether he will want to win this one and cap one of the most illustrious football careers of all time.

He has won the Ballon d’Or (Golden Ball) award a record seven times, and everything else of note in football, barring the World Cup. Thus, the importance attached to him winning in Qatar cannot be underestimated by those who want him to succeed.

The 35-year-old acknowledged the task ahead of him and his team over the next month and said that in his mind, Brazil, France and England were their biggest threats.

“We are very excited,” he was quoted by skysports.com as saying. “We have a very nice group (of players) that is very eager, but we think about going little by little.

“We hope to start the World Cup in the best way to face everything that comes after. The more you play and the more time you spend on the pitch, the more you get to know each other.

“And if I have to put some above others I think Brazil, France and England are a little bit above the rest. But the World Cup is so difficult and so complicated that anything can happen,” he added.

Indeed, anything can happen and may yet happen. 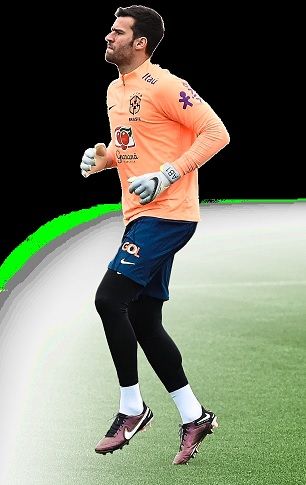 Alisson during training, ahead of the tournament that starts tomorrow. — Reuters

Messi arrives at the World Cup in fine form. In his last three games for La Albiceleste (the White and Light Blues), he has nine goals.

Add to that 12 goals and 14 assists in 19 matches across all competitions for Paris Saint-Germain this season, and one can tell he is all fired up for the challenge that lies ahead.

Manager Lionel Scaloni will be hoping his star players deliver again, as they look to stretch their unbeaten run of 35 matches. That included Argentina’s triumph at the 2021 Copa America (the equivalent of the European Championships or African Nations Cup).

Expected to assist Messi in their bid for the title will be goalkeeper Emiliano Martinez, Lisandro Martinez, Leandro Paredes and Angel Di Maria, among others.

Emiliano, who plays for Aston Villa in the Premier League, was outstanding at the 2021 Copa America and will be asked to do more of the same in Qatar.

Lisandro, the left-footed centreback whose reputation has grown considerably since his move to Manchester United in the off-season, is another sure starter for Scaloni’s side if he stays fit.

And so too will midfielder Paredes, who drives the midfield engine-room, be looked upon to make his presence felt at the tournament.

Forward Di Maria is one of the more experienced players in the squad, and he too could have a bearing on how Argentina fare in Qatar. He is hugely technically gifted and has scored some excellent goals.

But will all this gel and be enough to win football’s biggest prize.

When the tournament begins tomorrow, 32 nations will compete for glory but only one will remain standing after the final. So who will it be? 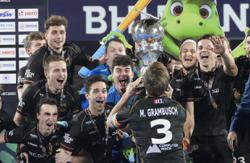