Ashley moved up to 29th in the global amateur rankings after a third-place finish in Ann Arbor.

ASHLEY Lau assumed the top ranking among Malaysia’s amateur golfers last weekend and marked the move with a top-three finish at the Ann Arbor’s Road to the LPGA Championship in Ann Arbor, Michigan in the US on the Epson Tour, the LPGA’s feeder circuit.

Ashley’s ascension to the country’s top ranking – men’s or women’s – came after Natasha Andrea Oon turned professional and played her first tournament in the paid-ranks at the Meijer LPGA Classic at Blythefield Country Club in Belmont, Michigan.

A Michigan University scholar from Bintulu, Sarawak, Ashley finished third in the Ann Arbor Championship, having shot rounds of 71, 71 and 68 for a six-under 210 total. That result propelled her nine places up to 29th in the World Amateur Golf Rankings (WAGR), her best ranking to date.

The reshuffle in the Malaysian women’s standings saw Jeneath Wong move up behind Ashley and into 65th on the WAGR table, while Audrey Tan was next, 150th in the world – a little way off her best of

Finland’s Kiira Riihijarvi won the 54-hole Ann Arbor tournament with a 10-under 206, while Pavarisa Yoktuan of Thailand was runner-up, another two strokes back.

Malaysia’s other player in the Epson tournament, Alyaa Abdulghany failed to make the cut.

She carded rounds of 76 and 74 for a six-over two-day total.

That was Alyaa’s third successive missed cut and the fourth in her last five tournaments on Tour.

In her eight starts of her rookie season so far, she has managed three cuts and collected US$5,498. 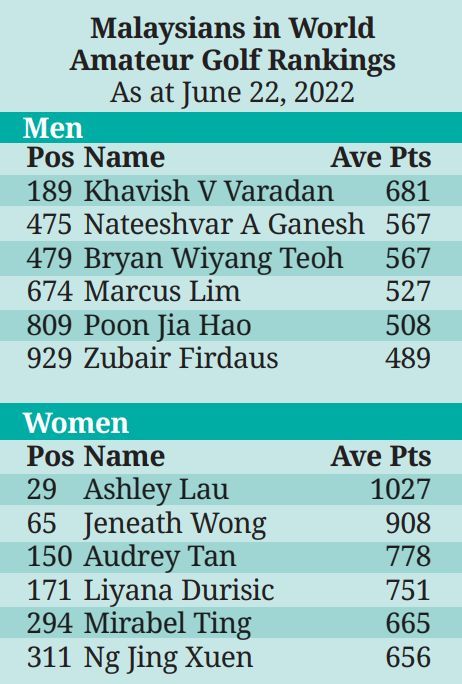 On her pro debut at the Meijer LPGA Classic, Natasha also missed the cut, as did compatriot Kelly Tan.

Natasha, who graduated from San Jose State University in California and was seventh in the WAGR last week, signed off from the amateurs in style.

And while she might have missed the cut at the Meijer Classic, Natasha still had much to celebrate as she took the Juli Inkster Award presented by Workday.

This accolade, which bears the name of one of the all-time greats of the women’s game, is “given to the highest-ranked collegiate Division One female golfer during her last year of eligibility.”

World Golf Hall of Famer Julie Inkster told lpga.com: “I’m really excited for Natasha. She’s had a great career at San Jose State, my alma mater, and for someone to win the Inkster Award from my alma mater is special.

“I love kids to honour their commitment to their school and teammates and coaches, and Natasha came over here from Malaysia and went to school and graduated in three years.”

Speaking of her transition to the professional game, Natasha said: “Just making my pro debut at an LPGA tournament is something not a lot of people get to say. I have Kelly (Tan), a fellow Malaysian, here. She’s been out on Tour for a while now and really took me under her wing and just taught me a lot.”

She added: “I just want golf as my job because I love it so much and like practising.”

“When I first came here (to the US) I didn’t think I would’ve done as well in college for sure.

“I didn’t expect all of this to happen, because I felt like my game just wasn’t there. When I went to San Jose, it was a little above me, but I pushed myself,” said Natasha.

She said that after a good first year at San Jose State, a stress fracture in her toe in 2020 curtailed her ambitions of playing in the Augusta National Women’s Amateur Championship, but she was happy to have fully recovered and made good progress thereafter.

Commenting on the development, Kelly said: “I have no doubt that Natasha will do amazing things out here. It’s just a matter of being comfortable.

“I’m excited for her, and to help guide her through it. When I first came out here, it was tough.

“I learned a lot by myself, but it took a long time. I hope she doesn’t have to go through all that. I’ll be there for her.” 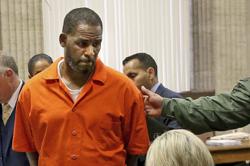