Zaha (right), Conor Gallagher (centre) and Benteke will be aiming to celebrate at Anfield too, just like they did against Spurs. – Reuters

THE match against Crystal Palace will test Liverpool’s credentials as the “mentality monsters” Juergen Klopp has made them out to be.

Having earned a hard-fought 3-2 win over AC Milan during the UEFA Champions League group stage match, the Reds are facing the Eagles just two days later.

With barely enough time to rest, let alone prepare for the match, it will be a tough game for Liverpool.

Crystal Palace will be out to wear down the Merseysiders with their high intensity play.

They will be soaring high with confidence after demolishing Tottenham Hotspur 3-0 last week.

It must be said that under the stewardship of Arsenal legend Patrick Vieira, the Eagles are playing with more urgency now, like how they suppressed Tottenham’s attack, limiting them to only just two shots the entire game.

Wilfried Zaha in particular played very well, tormenting the Spurs’ defence with his speed and trickery and will be the threat Liverpool needs to be wary of.

Another threat would be new signing from Celtic, Odsonne Edouard who had a dream debut with two goals and could even make the starting line-up in place of former Reds Christian Benteke.

It was quite a surprise to see how Klopp kept Virgil van Dijk on the bench against AC Milan, surely with one eye on Palace.

The German is not particularly known for rotating his players but perhaps he did so to keep his team fresh as the Netherlands captain now looks certain to start.

Players with injury records like Joel Matip and Jordan Henderson should also perhaps be rested now to minimise the risk of injuries.

It is fortunate that the Reds are blessed with options at the back and in midfield, with the attack the only concern.

In midfield, Fabinho continues to show why he is indispensable and will likely retain his place.

Thiago Alcantara also did well and would merit a spot alongside Naby Keita, Alex Oxlade-Chamberlain, Curtis Jones or James Milner.

Up front, Mohamed Salah, Sadio Mane and Diogo Jota are expected to start again, with Takumi Minamino and Divock Origi acting as back-up.

Overall, Liverpool have a good record against Palace — 33 wins, 11 draws and 14 defeats.

The Reds have also won the last four home league games and will hope to have enough in their tank to maintain their record and winning streak against the visiting side. 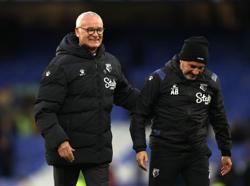 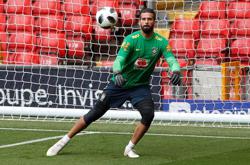