After a year without rowdy tourists, European cities want to keep it that way 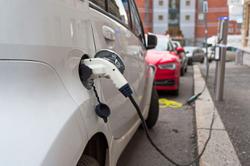 Before the pandemic, Amsterdam’s canals were filled with more tourists than locals. — Pixabay

On a warm Friday night in July, the sun seemed to linger behind Amsterdam’s low, 16th century skyline. In the Netherlands’ red light district, the crush of tourists that was common before the pandemic had long since vanished, making it easy for a delivery worker to cycle past a handful of gawkers around the old town’s notorious store fronts.

While six German men in matching T-shirts ignored signs warning of a fine as they swilled beers on a nearby footbridge, they were the exception. Mostly, only small groups of sedate strollers were about on this midsummer evening.

Centuries before its more lurid attractions took hold, Amsterdam was already a tourist draw. As far back as 1345, when a communion wafer at a local church apparently proved indestructible, pilgrims flocked to see the miracle host. In modern times, decidedly less spiritual activities have drawn millions to the city’s quaint, canal-lined quarters. And the noise, garbage and violence followed.

The city was already scrambling to find ways to restrain the tourist trade before the coronavirus struck. Hefty fines for public drinking, tight restrictions on short-term rentals and outright bans on certain types of shops were implemented. But more visitors kept coming. By 2019, their numbers approached nine million-more than 10 per resident.

Then it all stopped. For months, tourists where nowhere to be found as borders were sealed tight. Later, as Covid-19 infection waves receded, only a trickle returned. Overall, Amsterdam’s commercial establishments have seen almost 25% fewer visitors since the virus first arrived.

Even in the red light district, the lack of drunken revellers remains apparent despite many restrictions having been lifted. ​​​Locals wander wide-eyed through a part of town they rarely visit, amazed at its architectural beauty. Among city officials, this tiny silver lining to a global health catastrophe planted a seed. While Amsterdam arguably needs tourism to survive, maybe this pandemic could be used to remake how the city embraces it.

As it turned out, local officials in other tourist hotspots across Europe had the same idea.

Cities across the continent want to mould visits into shapes less onerous for residents, and perhaps more lucrative for business. Optimally, a virtuous circle can be created where loud partiers are supplanted by museum-goers with more money to spend-or so the thinking goes.

“We met with representatives from Amsterdam, Barcelona (Spain) and Florence (Italy) during the pandemic, and all of us were thinking the same thing,” said Hana Trestíková, Prague’s councillor of tourism (Czech Republic). “Before Covid-19, over tourism had become almost unbearable, and Covid-19 gave a pause to try and make some changes in what our cities represent, how we promote ourselves and how we must focus on quality of visits-not quantity.”

Not so long ago, these cities marketed themselves to everyone. But Amsterdam’s widely available cannabis and legal prostitution, Barcelona’s urban beaches and Prague’s famous beer halls increasingly attracted tourists who brought what Geerte Udo, director of Amsterdam & Partners, diplomatically called “negative effects”.

When much of Europe shut down last year, the medieval centre of Amsterdam – a Unesco World Heritage Site – took on “a breathtaking beauty”, said Udo, whose nonprofit serves as a civic booster.

The emptiness also revealed how few locals actually live there, she said. “You feel it’s not more than a theatre backdrop.”

But the pandemic also made clear how important tourist dollars are to the livelihood of these cities. About 13% of Barcelona’s economy and 11% of Amsterdam’s jobs can be tied to visitors.

Lénia Marques, assistant professor of cultural organisation and management at Erasmus Univer-sity in Rotterdam, the Netherlands said cities are thinking, “who is the tourist we’re inviting?”

“Do we want this mass needing more hotels, or do we seek tourists more interested in our culture, a tourist who will appreciate more of what we have, and be able to spend more?”

In recent years, Prague’s tourist problem started to resemble Amsterdam’s, Trestíková said. The Czech capital was getting eight million visitors a year, almost doubling between 2012 and 2019. Llike Amsterdam, most headed to the same neighbourhoods, she said.

“The city centre is not a residential locality any more, Trestíková said. “There are not many apartments, and those are largely occupied by expats or converted to hotels and short-term rentals. We need to focus on what residents need and show a city that’s not a film set but alive with people from Prague.”

But reshaping a city’s tourist trade is harder than just changing marketing firms. Trestíková said the biggest factors behind “low-quality” visits aren’t in the city’s control. The cost of tickets on budget airlines, the number of Airbnb units and even the price of beer can only be changed at the national level, she said.

Situated in the most-visited part of the second most-visited country in the world (after France), Barcelona faces a unique challenge when it comes to transforming tourism. While the Spanish city’s negative effects are less extreme than those endured by Amsterdam or Prague, Xavier Marcé, councillor for tourism and creative industries, said he wants to attract tourists interested in more than just its seaside location.

“When I visit New York, I am interested in what New Yorkers do,” he said. “It’s much better to have a tourist model linked to culture or science, because it means that there is a connection with the resident.”

Toward this end, Barcelona designed a network of bus stops to spread visitors more evenly around the city while also freezing new licenses for short-term rentals-the abuse of which has been a key cause of over-tourism, Marcé said. Airbnb advertises apartments, “but they don’t check the legal status of those apartments” he said.

In Italy, some Venetians want to do the opposite of what Barcelona is trying. “Spread out tourism? That’s worse,” said Melissa Conn, director of the nonprofit Save Venice. Conn said she prefers visitors stick to Piazza San Marco so residents can have the rest of the city to themselves. Save Venice vice president Alberto Nardi agreed, but warned that tourism is critical to the city’s survival.

The owner of a jewellery shop on the piazza, Nardi said Venice’s population has been declining, its cost of living rising and non- tourism jobs vanishing. Venice must “develop businesses that are different from tourism”, Nardi said.

For cities looking to change who comes calling (or their behaviour), any successful effort requires an advertising campaign. Amsterdam has prepared two such initiatives.

One announced by deputy mayor for economic affairs Victor Everhardt in June is aimed at culturally-minded urban residents of nearby countries like France and Belgium. It will begin when the risk of infection recedes further, both in those nations and the Netherlands.

The other is intended to “stimulate desired behaviour” by young men visiting from Britain.

“We’re focusing on people who have interest in culture in the broadest sense of the word,” he said. “We try to persuade them to visit all these other beautiful parts of the city.”

Even before Covid-19, Prague officials hired an agency that sought to persuade tourists “to come for more than two nights”. During the short-lived summer 2020 reopening, the city introduced Prague Unlocked, a campaign aimed at a Czech audience, since foreign travellers were still rare. It was a success. Usually just 15% of Prague’s tourists are domestic. But in 2020, the number of Czech visitors rose by 16%, with many staying in three- and four-star hotels, Trestíková said.

Then there’s the other side of the equation. Udo said her group is lobbying the Dutch government to impose a minimum price on plane tickets, while others want to ban Airbnb from the city altogether. Barcelona recently instituted a new tax on stays in tourist establishments that goes to the municipal government. It could raise as much as �16.5mil (RM80.95mil) annually with the revenue used to promote less-visited neighbourhoods, such as Poblenou and Gràcia.

Technology is also being leveraged to redirect tourist flows. “Amsterdam works with phone companies to know how many people are in certain areas, then they take measures to stop more people coming in,” said Marques. As areas become too crowded, visitors will receive a text message with an offer for an attraction in a different part of town. If things get really bad, stanchions will be erected to stop more people from entering.

But any plan that risks cutting tourist dollars – even for a short time – is likely to run into trouble with businesses already deeply hurt by the pandemic. For curated tourism to have a chance, said Marcé, a city’s hospitality sector must be on board.

“Barcelona’s hospitality sector is very strong,” he said. “You can’t suddenly say there will be half as many tourists.” – Bloomberg 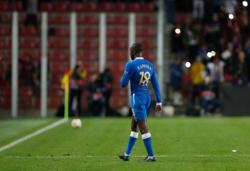 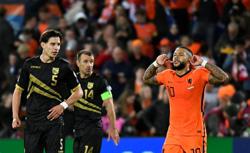