How practical is cashless travel?

Visitors to London can travel on all public transport with a contactless payment card. — Wikimedia Commons

Like many millennials, Keira Chin likes to discover new sights and sounds on her trips abroad. What she doesn’t like is coming home from her holidays with leftover foreign notes.

“If I were to change all that foreign currency back to our ringgit, I would definitely lose some money, ” she says, adding that it’s also bothersome to look for a currency exchange outlet.

That is why the freelance musician has been travelling with fewer paper money these days, relying instead on credit and debit cards. In fact, Chin is thinking about going completely cashless.

“It would put my parents at ease too. They always tell me to keep my cash in various places when I’m travelling, ” she says with a laugh. “Now, all I need is my phone and a few cards. How convenient is that?”

That being said, Chin has some reservations about e-wallets too.

“What if I want to buy street food? Will they accept e-wallets and cards too?” she wonders.

The reality is, with technological advancements, people are warming up to the idea that you don’t always need literal cash in your pocket. Credit cards, e-wallets and other digital payment methods have gained traction in recent years. 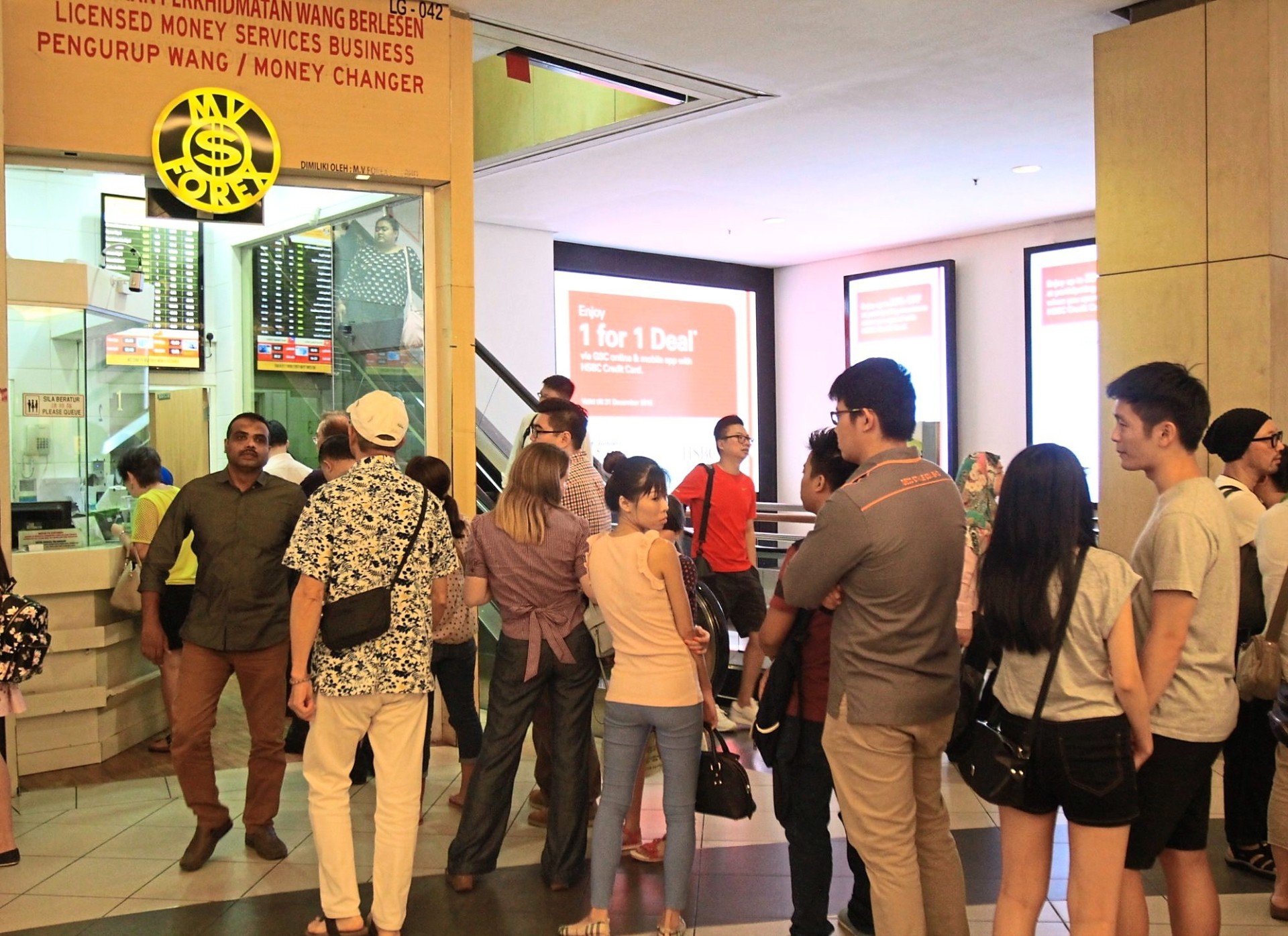 With the rise of digital payment, standing in a long queue at a currency exchange outlet might be a thing of the past for travellers. — Filepic

In the context of travel, big city destinations are already geared up for cashless tourists. Visitors to London can travel on all public transport with a contactless payment card.

And in big cities like New York, Dubai and Singapore, cashless travellers are accommodated every step of the way – from airport transfers to hotel check-ins and dining options.

Payment for in-flight purchases on many airlines have also been cashless for several years. Last year, Visa even sent one lucky traveller on a trip using nothing but credit cards, just to prove that cashless travel is possible.

This sort of revolution, according to travel technology company Amadeus, reflects what travellers want moving forward.

“In travel the change has mainly been driven by consumers, and merchants have had to adapt very quickly. Nowadays the payment process is no longer considered just a transaction, but part of the experience, ” says Amadeus managing director (Payments) Bart Tompkins.

He highlights how digital payment is the new norm in certain international markets.

“In Sweden, for example, businesses are no longer obliged to accept cash, and more than half of consumers haven’t handled cash in the last three months, ” Tompkins offers.

In Malaysia, statistics from Amadeus show that cash represents just 12% of travel spend. Cards and bank transfers are the more popular payment methods at 25% and 47%, respectively.

“Moving to cashless is really all about moving to a more frictionless experience. It’s about being able to pay for travel quickly, smoothly and in the way you choose, at every touch point, ” he explains.

There are also economic considerations to going cashless. Bank Negara Malaysia (BNM) reportedly spends about RM359mil a year on the production and distribution of banknotes and coins. Moving forward, BNM wants to reduce dependency on cash and cheque usage by accelerating adoption of electronic payments (or e-payments).

The government’s cashless push is most recently seen in Budget 2020. Malaysians aged 18 and above who earn RM100,000 and below per annum will be entitled to a one-off payment of RM30 that can be claimed via a verified account from selected e-wallet services.

Going cashless is not only practical but also the smarter way to travel, says Mastercard Malaysia and Brunei country manager Perry Ong.

“Travellers need not face the hassle of carrying large sums of cash – which can be very unsafe – or fumble around their purses for cash when making payments.

“Instead, digital payments such as cards enable them to make convenient, swift and secure payments easily, ” he says.

According to Ong, the payments industry supports the travel industry through partnerships and collaborations to cater to the rising needs of travellers.

The onus then is on payment providers to ensure that infrastructures and methods are continually updated to address consumers’ evolving digital needs.

At the same time, Ong says businesses should capitalise on new and emerging technologies such as mobile and contactless payments in order to stay relevant. 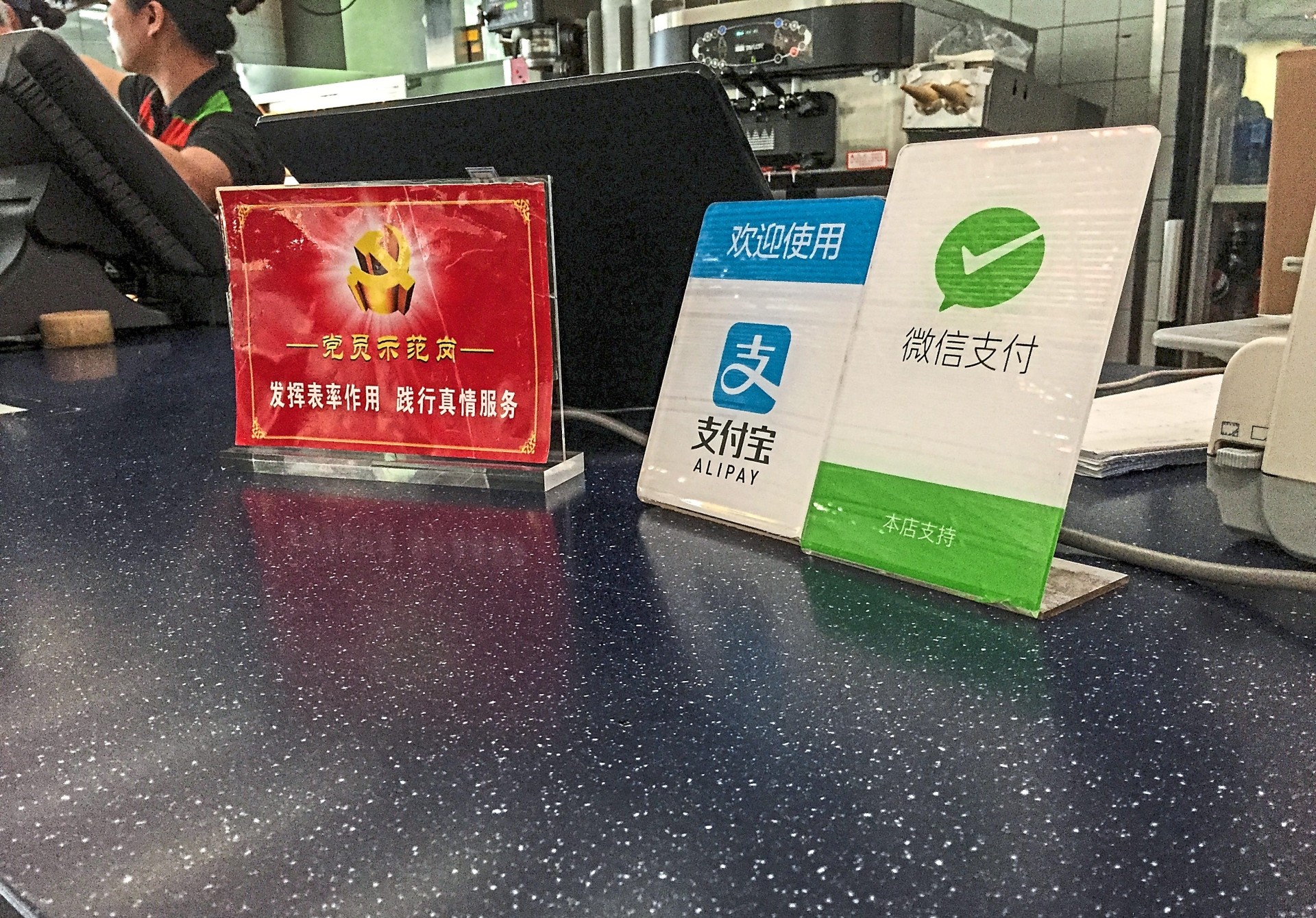 In Malaysia, a host of financial service providers have jumped on the cashless travel bandwagon. Apart from removing the need to carry physical cash on your trips, there’s also the lure of competitive exchange rates and other benefits.

The recently launched Merchantrade Money bills itself as a payment method for the jet-setting traveller. Users of the app, which also comes with a prepaid card, can buy and sell up to 20 foreign currencies with its multi-currency wallet function.

Then there’s BigPay, a fully-licensed e-money issuer from AirAsia. The service claims to help users save money when spending in foreign currencies – whether abroad or shopping on a foreign website.

“Since we don’t charge any markup fee, our rates are usually the same as XE.com, ” says BigPay group chief executive officer and co-founder Christopher Davison, referring to the popular online foreign exchange tool. 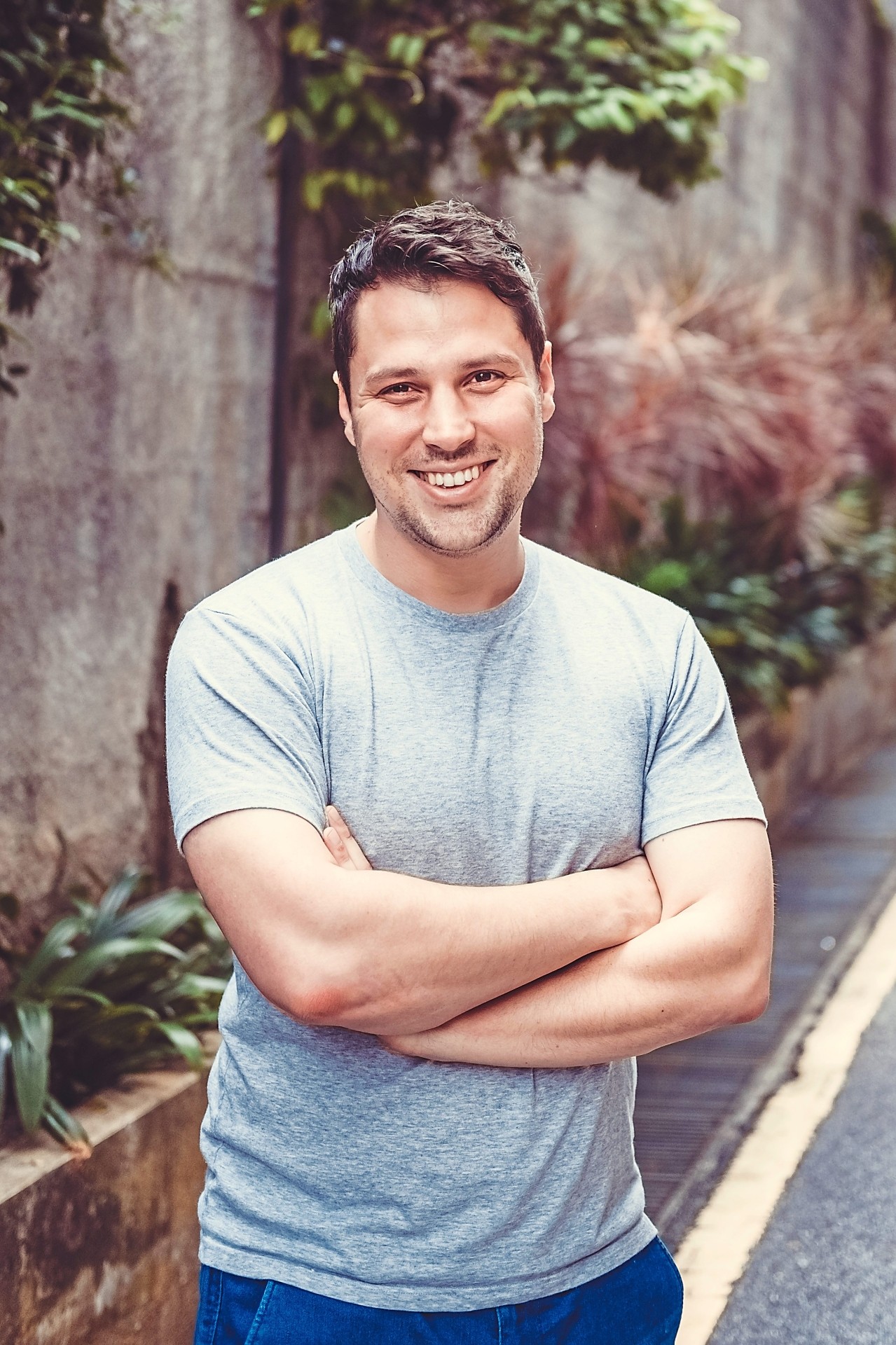 The company does this by eliminating banks from the equation.

“When you spend in a foreign currency, banks will usually charge you fees in two ways – adding a spread on the exchange rate and a fee on top of that. We give our users competitive exchange rates without charging anything else on top of it, ” Davison explains.

According to Davison, global consumers lose approximately US$25bil (RM104.84bil) per year through remittance fees collected by service providers. He believes technology can change that.

“Technology can dramatically reduce the cost of remittance and financial services in general and we want to make it easy for people to move money abroad – whether it is sending money to family, friends or making overseas payments – without having to pay exorbitant exchange rates and transfer fees, ” he says.

BigPay partners with MasterCard while Merchantrade Money works with Visa, opening up their payment systems to merchants that accept those cards. Across the globe, however, there are over 300 different payment methods used by consumers to pay for services. This makes choosing the right payments for your travels complicated.

According to a recent Amadeus survey, travellers on average are forced to use more than four different payment methods across the whole travel journey.

“Travel payments is an extremely complex business because travel is an inherently global industry, which means travel companies need to focus on global consistency. It’s no good offering a Chinese traveller UnionPay on your China website, as you also need to ensure they can accept UnionPay when they deal with your travel agent and when they’re at the airport, ” says Tompkins.

“It’s important for travel companies to have a flexible approach to alternative payment methods which allows them to easily switch different methods in and out across each market they serve, ” he adds.

While the world is gradually moving towards a cashless society, Malaysian Association Of Tour And Travel Agents (Matta) president Datuk Tan Kok Liang doesn’t think it’s practical for travellers to go completely cashless – not at this point in time, at least.

“Cashless travel is the way of the future but we are far from being able to travel without cash. For now, travellers can go with fewer cash, but not completely without, ” he says.

“Even in metropolitan and well-developed areas there are still many instances where only cash is accepted. Until the adoption of cashless payment becomes all-pervasive, tourists should always keep spare cash handy.

“The key limitation for cashless travel is when there is no access to the Internet or where telecommunications networks are unstable or totally non-existent, or even when equipment malfunctions occur, ” he says. 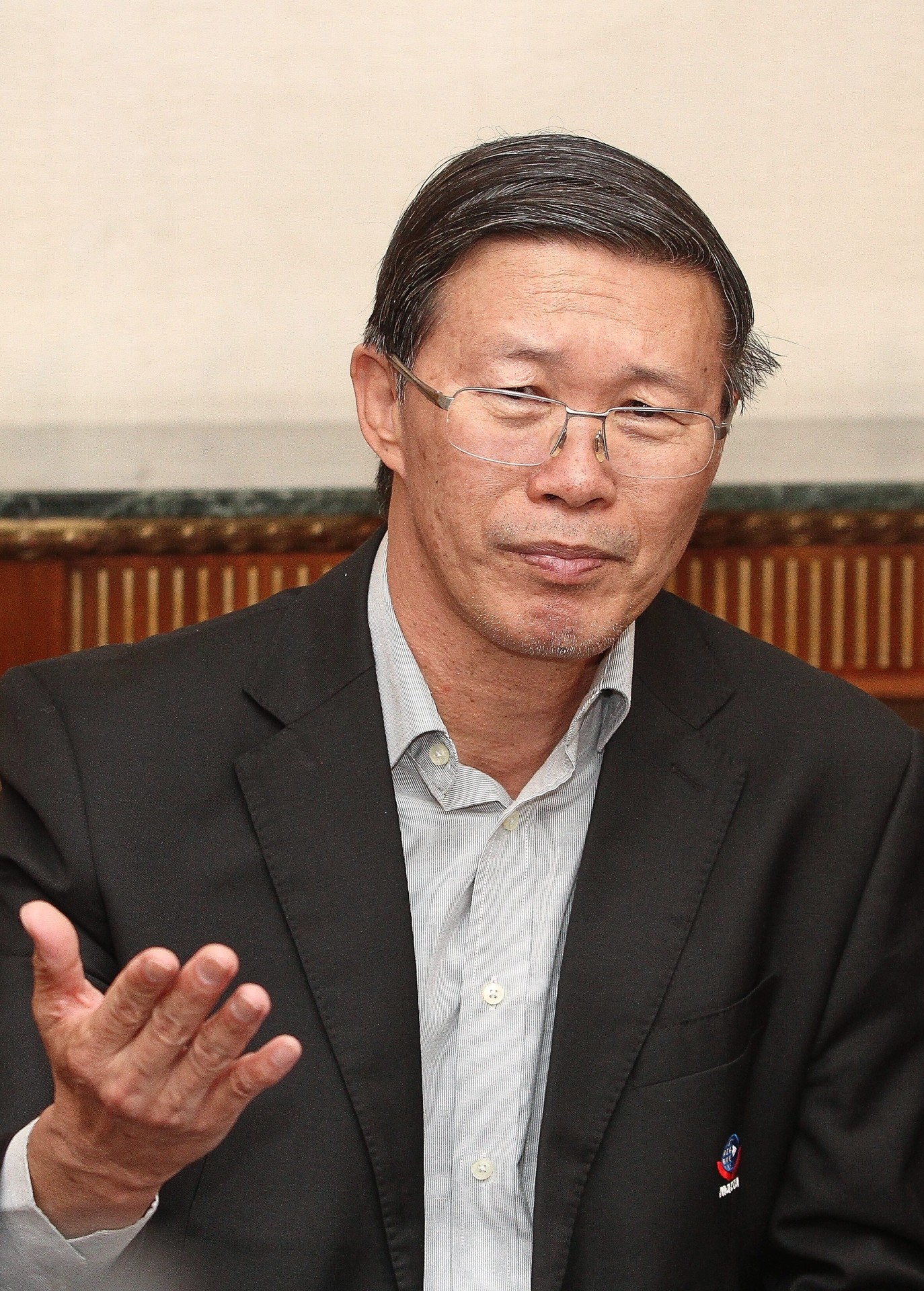 Although most travel agents in Malaysia can accommodate cashless travellers, Tan says the industry as a whole is not yet fully equipped.

“Tourism takes into consideration countless nationalities and currencies and that involve a huge amount of preparation – be it technologically, financially and even politically. To this day, travellers are still not able to use their credit cards at every destination or transaction, ” he says.

Yap says there needs to be a universal payment platform to give travellers peace of mind when spending abroad.

“Stakeholders should decide on one, or perhaps maximum two cashless platforms (other than credit cards), that would be accepted. The government needs to play a major role in this to avoid confusion and encourage adoption, ” he says.

That being said, both Tan and Yap believe going cashless presents new opportunities for the country’s tourism market in the lead-up to Visit Malaysia 2020.

“Payment method would not influence travellers’ decision or choice of destination, but ease of foreign exchange could and that may be a part of the cashless mechanism. If we are able to offer attractive exchange rates (through these cashless platforms) and transfers or transactions, it could be a game changer, ” Yap says.

However, he warns that stakeholders should not forget about travellers who are less tech-savvy, or even the elderly.

This is a reservation recognised by Amadeus’ Tompkins.

“As with any technological change, there will always be certain demographics that prefer to use tried-and-tested methods such as cash payments. Older travellers might feel more at home with a cheque or cash. Similarly, in certain markets people are very concerned about their privacy, and therefore prefer not to pay online.

“This is a natural evolution and our role is to make sure the industry can offer the widest choice to help travellers pay in the way they want, ” he concludes.