Just about a decade ago, the Islamic Arts Museum Malaysia in Kuala Lumpur held an exhibition on how Islamic arts and culture has influenced the West.

Many European works, including the finest wares inspired by the Islamic world, were put on display at the show in 2018.

A stunning, 500-year-old gilded metal ewer, or water jug, made in Italy but following Middle Eastern forms, was a star attraction at the event.

The exhibition Beyond Orientalism: How The West Was Won By Islamic Art set a different standard as it looked beyond how European and American artists depicted the Islamic world, proving how it had changed aesthetics in the West.

Last week, the Islamic Arts Museum Malaysia took it a step further, and in the process, set another benchmark when it unveiled its exhibition Inspired By The East, How The Islamic World Influenced Western Art at London’s British Museum.

The one difference between the KL exhibition and the current one in London is that the former focused on the decorative arts while the latter includes paintings.

The term “orientalism” has always been controversial. My introduction to the theory, as a history student at Universiti Kebangsaan Malaysia, was largely negative, with impressions of western colonists trying to pass themselves off as historians, when they had no scholarly training. Many, in fact, were looters who took prized items with them to London.

As I left university, with my passion in history still intact, my interest, or rather, prejudices on orientalism, was further influenced by the work of Edward Said, who defined it as a Western attitude that views Eastern societies as exotic, primitive and inferior.

In all those years and even now, I cringe when the British media still refers to East Asia as the “Far East” when the world has obviously evolved, with air travel making the world that much smaller.

Oh yes, we were also known as the Orient, too, and the East seems to cover the whole of Asia, and even north Africa.

But the organisers of this exhibition, the IAMM and British Museum, hope to present an updated study of the nexus between East and West, and in the process, an “analysis of different understandings – and misunderstandings – over the centuries.”

The IAMM’s chief purpose is to highlight to Muslims and non-Muslims alike, not just the achievements of Islamic culture, but also its influence across generations. Its museum looks back 1400 years to Mecca, a cultural meeting place as complex as anything in the 21st century. “Inspired by the East” focuses, instead, on 500 years of more recent encounters.

Puan Sri Sharifah Zarah Albukhary, a trustee of Albukhary Foundation, says, “What began as an inspiration to these early western travellers and others has led to these beautiful artworks, impressions of the Orient. And these are what they are, impressions. 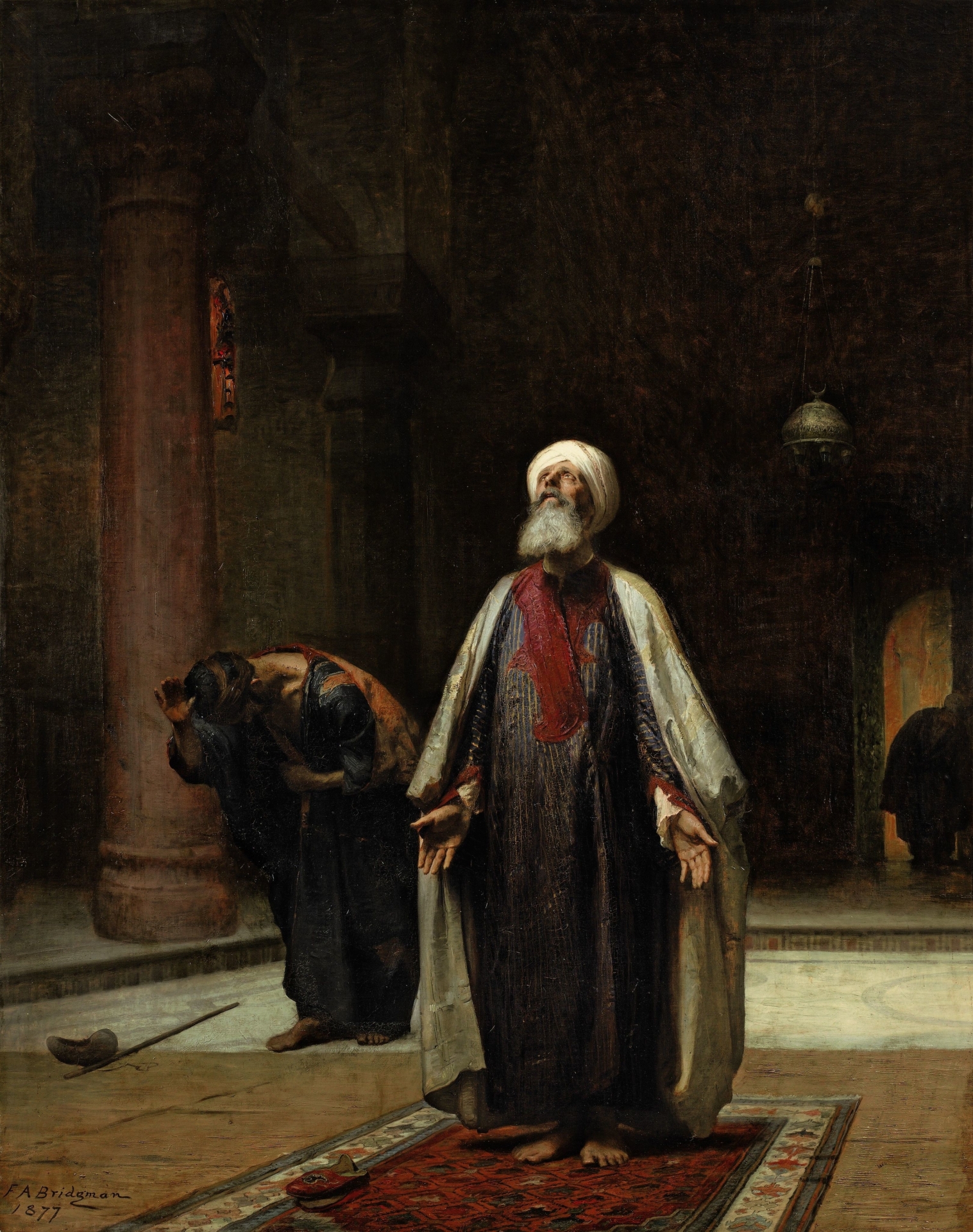 Students of history will find this exhibition on the influences of the Islamic world to the West a fascinating trip.

The displays include everything from wall tiles used on a large scale in Europe and North America, recreating Middle Eastern and North African interiors, to smoking rooms and steam baths favoured in Islamic style tiles.

There is an unknown artist’s impression dating back to 1908 from the RMS Titanic’s brochure, depicting the cooling room of the Turkish baths.

More familiar to us, in terms of popular culture, are the opera Aida and the story of Aladdin, as well as the European editions of One Thousand And One Nights (Arabian Nights), tales which fuelled Orientalist visions since it was first translated into French in 1704.

The British Museum curator Judy Tugwell wrote that “an important function of Orientalist painting was to create a visual record of places of interest. Such images were aimed at a growing market of Europeans and North Americans who either visited the Middle East and North Africa or were interested in the regions from afar. 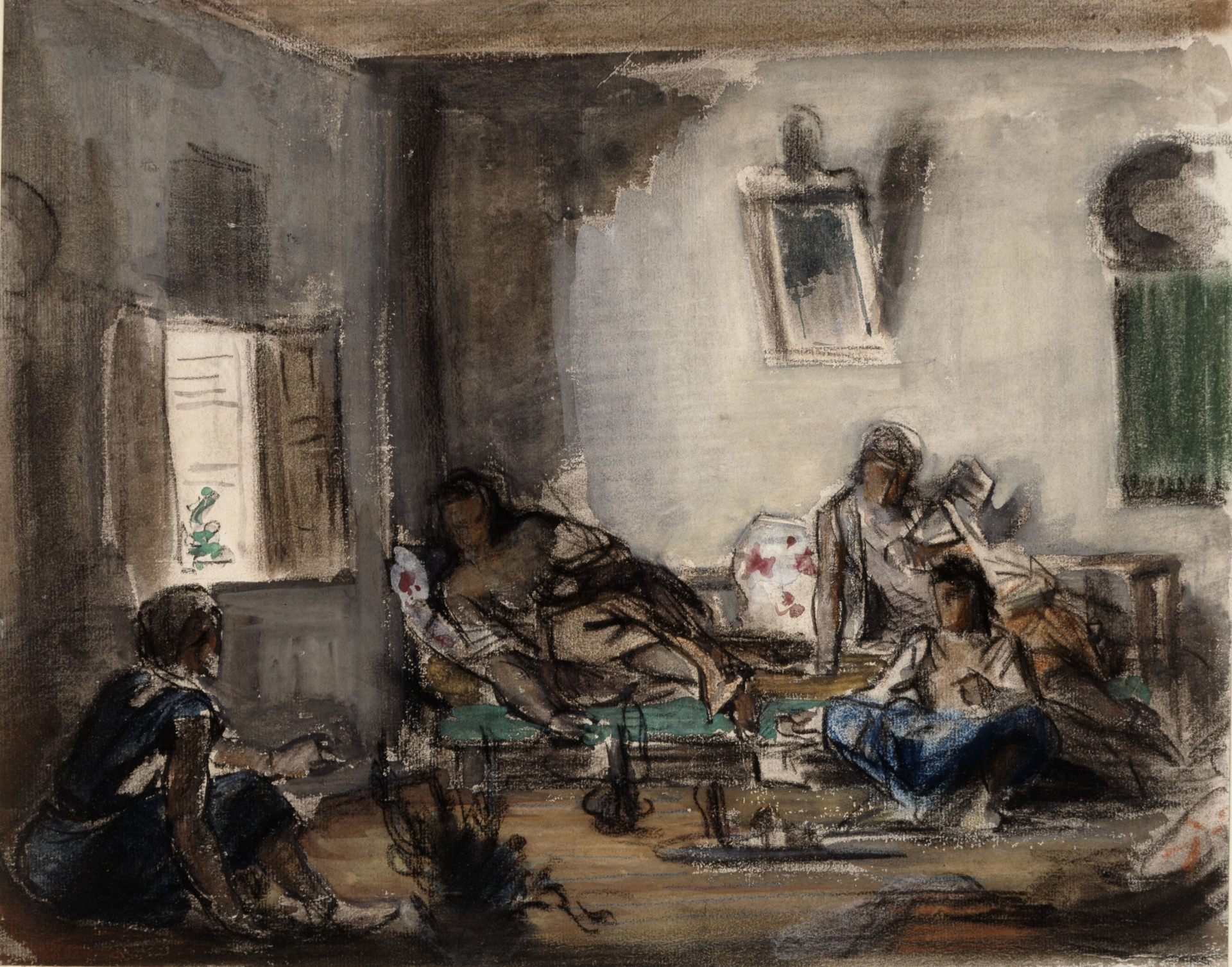 Algerian Interior (black chalk, with watercolour and coloured chalks) by Eugene Delacroix (1798-1863). Photo: The Trustees of the British Museum

“Travel was made easier by steamships and trains, so paintings tended to focus on cities, such as Constantinople, Cairo and Marrakesh, the arrival points for artists and their potential customers alike. Some images depicted sites of religious importance, both Christian and Muslim, while others captured the ancient sites of pre-Islamic history, such as the Egyptian pyramids.”

Sharifah Zarah adds that “some Western artists from this era, with a true sense of adventure, travelled or lived among Muslim communities. Others never strayed far from the comfort of their studios.

“Both categories of artists created works that enabled the growing population of Europe and America to see many different ‘Orients’.

“Most of the paintings struck a chord with Western audiences. Many showed a world which was worthy of respect.”

The exhibition also hasn’t shied away from the controversial subject of harems in the Middle Eastern world.

Wrote Tugwell: “Although the harem was merely a private domestic space to which unfamiliar men would not be admitted, Europeans and North Americans were fascinated by what happened within. Most artists resorted to their imaginations, using the backdrop of the harem as an excuse to paint nude women. This invasive attention was, in many ways, a metaphor for the Orientalist approach to the region. 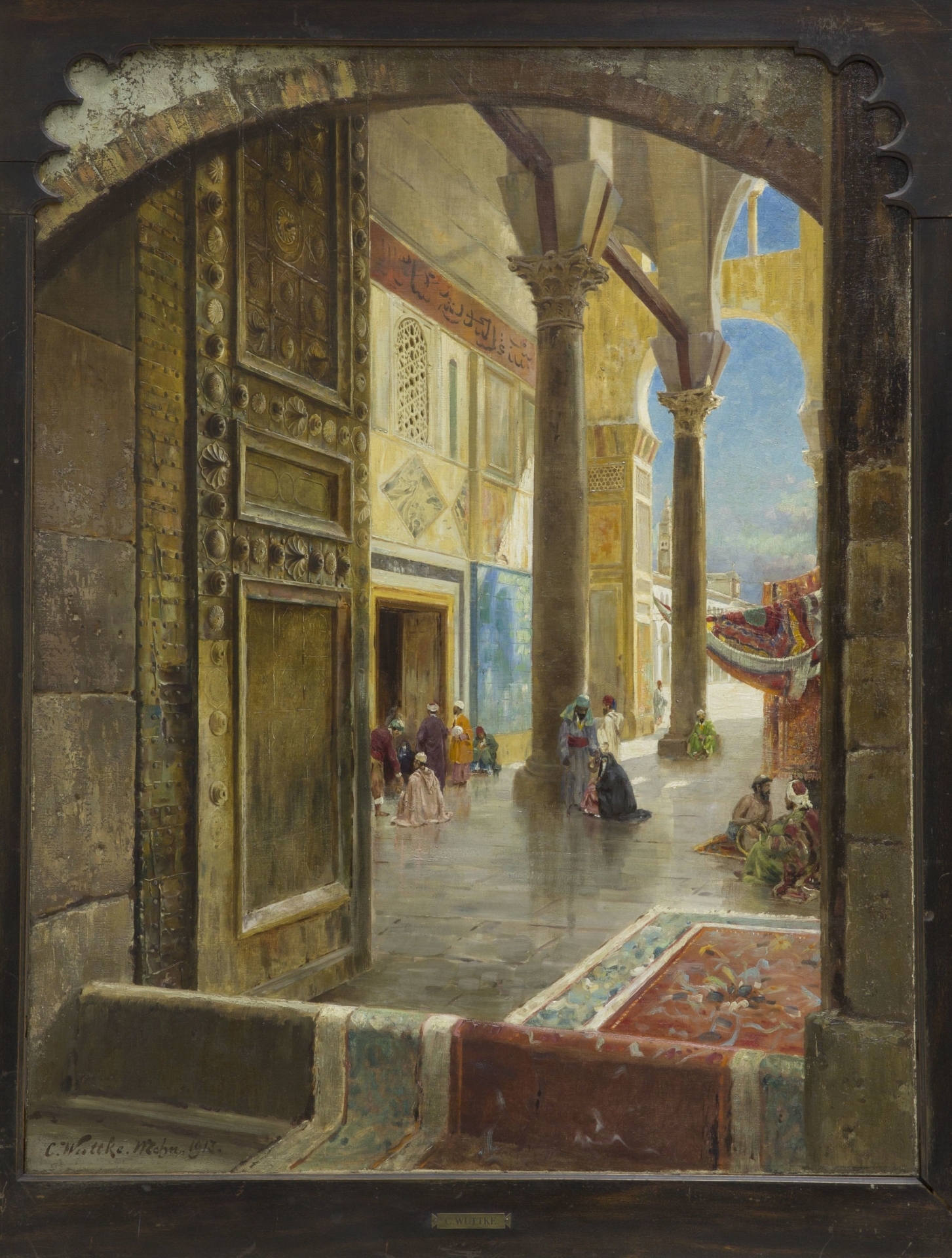 “This is a largely imagined interior of an Ottoman harem. Depicted as a place of pleasure and decadence, details include the everyday rituals and relationships between the women.

“Although it appears realistic, on closer inspection it is filled with unlikely details, including women openly kissing other women. The artist, Antoine-Ignace Melling, did design a palace for the Ottoman princess Hatice Sultana, which included a harem, but he would never have seen it in use.

The artwork provoked Turkish artist Inci Eviner to create a critical response, Harem – the final work in the exhibition. With this work, Eviner challenges the Orientalist view of the harem as a place of sexual intrigue and subjugation. She reclaims Melling’s depiction of a harem, turning his masculine and pseudo-realistic view into a living, breathing space.

“Opening with the 19th-century work, Eviner slowly replaces Melling’s imagined characters with real ones of her own – active women who are protesting, praying and attempting to escape. Eviner explains: “The figures shaped within the Orientalist fantasies of the age became part of a distinctly scientific description ... this is why I was drawn into this hex; I wanted to tear this scene apart and get into it”.

Like the 2008 exhibition in KL, the current one in London aims to explore a world in which creative inspiration can flow in all directions and, open the eyes of people in the West and East, and to remove negative stereotypes and generalisations.

It is through such exhibitions that both museums hope to address this quest for understanding, says Sharifah Zarah.

In an increasingly divisive world, such efforts by the Albukhary Foundation has certainly helped open our minds and hearts, and in the process, uphold moderation.

The exhibition at the British Museum will be held until Jan 26, 2020, but Malaysians will have the opportunity to see the exhibits when it arrives at the Islamic Arts Museum Malaysia in June 2020.