Despite its jungle environment, the rooms are clean and comfortable. â€” The Sticks

You know you’re about to reach The Sticks when your phone begins to lose its signal. It’s an indication of the remoteness of this eco-friendly glamping resort at Kuala Kubu Baru in Selangor, Malaysia.

This off-the-grid experience took me by surprise when I checked in for a staycation one weekend. Being a millennial traveller, I’d assumed that at the very least WiFi would be provided in the common area.

But, no, a stay at The Sticks means being mobily disconnected for most people (except users of one particular Telco). The resort, about a 75-minute drive from the capital city of Kuala Lumpur, is a hideaway in every sense of the word.

There are no signages to indicate you’ve arrived either. The Sticks is tucked away in a lush rainforest, away from the public eye. The closest thing you have to a marker is a bamboo shack close to the popular Chiling Waterfall.

From there, I set out on an adventure across a suspended bridge, through green foliage and a gushing river to get to the resort. Families with kids or the elderly can opt for a 4WD ride, prepared by the resort.

A suspended bridge takes you to the hidden oasis of the eco-friendly glamping resort. Photo: The Star/Chester Chin

Opened in late-2016 by married couple Rubin Gan and Michelle Teoh, The Sticks’ family business DNA is evident in the personal touches imbued in their operation. On my arrival, I’m personally received by Gan, who runs through housekeeping rules with all guests.

More than the front desk personnel, he’s also the mastermind behind the resort. Top on his agenda is the self-sustainability of the site. “We’re entirely off-grid here, so how we generate electricity is through solar power and the usage of a generator,” says the former ecotourism consultant.

Water is sourced from a nearby stream. This environment also means that use of air dryers or other heavy energy consuming gadgets are discouraged.

As he leads me to my room, he cautions that we’re in the the jungle, so I shouldn’t discount running into a few creepy crawlies or reptiles. Being a city boy, that does strike a nerve, but my anxiety fades at the sight of my accommodation.

I’m at The Nest, one of the 12 “tendoks” – a cross between a tent and a pondok (a hut). As its name suggests, my jungle room looks out onto giant trees, with a bird’s eye view of the pristine river.

The Nest looks out onto giant trees, with a bird’s eye view of the river. Photo: The Star/Chester Chin

I was ready to rough it out, to be honest, but I was pleasantly surprised with its large and well-equipped bathroom. The clean and spacious accommodation is also able to comfortable sleep five adults.

As for meal packages, guests have an option of either the half-board (breakfast and BBQ/steamboat dinner) or full-board (lunch and tea included). I recommend the latter because the kitchen serves delectable food. Or as my companion remarked, the cuisine tasted “homey”.

That’s exactly the kind of dining you get here – simple but honest home-cooked food, prepared under Penang-born Teoh’s watchful eye. Every dish is cooked with only fresh ingredients.

Meals at The Sticks are simple but delightful home-cooked food prepared with fresh ingredients. Photo: The Star/Chester Chin

As for activities, options are limited to swimming in the nearby stream, jungle trekking, and board games on the resort’s grounds. However, arrangements can be made for paragliding and whitewater rafting, which take place away from The Sticks.

I decided to drive to the nearby Kuala Kubu Baru town instead. One word of caution: Remember to head back before sunset. You don’t want to be stuck on the road without any phone signal. 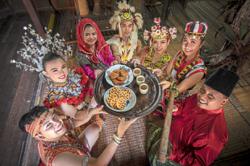 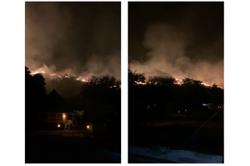