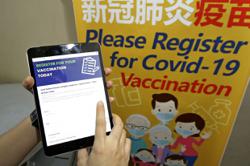 According to the cruise lines association Clia, a ship crossing the Atlantic with 2,600 passengers will carry 13,200 portions of muesli, 37,000 eggs and 7,500 portions of jam.

You don’t book a cruise ship expecting frugal food choice and efficient limits at the buffet. Excess is what it’s all about.

High-sea buffets are particularly popular for those taking cruises. On the Aida Nova for example, the new flagship of Aida Cruises, there are an astounding 17 restaurants.

But all this choice causes a problem: Dozens of kilos of food end up in the garbage every day. Cruise companies are striving to reduce waste, but they need the help of their guests.

According to the cruise lines association Clia, a ship crossing the Atlantic with 2,600 passengers will carry 13,200 portions of muesli, 37,000 eggs and 7,500 portions of jam. On a 10-day sea voyage with 400 guests, the ship’s kitchen processes seven tons of fruit. And as much as six tons of meat will be eaten by 700 guests on a seven-day cruise.

Planning the rations as precisely as possible is a great challenge. But cruise companies are making a big effort to tackle the issue of food waste. In September 2017, Italian cruise operator Costa hired British company Winnow to measure the amount of food wasted on its Costa Diadema ship, including recording the exact amount left uneaten on the plates.

On the basis of the data, it was possible to adapt and reduce the range of food on offer.

According to the shipping company, more than 50% of food waste has already been avoided on the cruise ship since the study was carried out. By 2020, waste will be reduced by that amount throughout the fleet.

Guests helping themselves to the buffet onboard the Mariner of the Seas.

Cruise line operators are reluctant to comment on exactly how many kilos of food go into the garbage every day. On the Costa Diadema, it was possible to reduce the waste per person per day from 218g to 98g.

What was particularly dispensable? On one hand, there were decorative accessories such as herbs and fruit, and on the other, side dishes such as rice, potatoes and bread.

Costa also donates leftover food to charities in some of the cities that it docks in – for example Palermo (Italy), Marseille (France) and Barcelona (Spain).

The company also focuses on raising awareness among guests. For example, with the campaign “Taste don’t waste”, in which passengers are encouraged not to pile so much on their plates. After all, the buffet produces a particularly large amount of leftovers.

“This is certainly the biggest challenge, because after all, the guests expect a relatively plentiful buffet,” says Joerg Rudolph, Germany boss at Costa Crociere.

On the Costa ships, there’s also the fact that different nationalities have very different eating habits. “A German might eat perhaps five potatoes, a French person only two,” Rudolph says. And finally, the crew, who come from different countries, also eat quite differently.

Tui Cruises is also active here. Since autumn 2016, it has been working with the United Against Waste organisation to look into how to avoid waste on board.

The pilot project took place on Mein Schiff 4 and, according to the company, it cut 20% of food waste in its popular buffet restaurant.

Nevertheless, there’s only so much that can be done to avoid food waste on cruise liners. Cruise ship expert Franz Neumeier points out that the efforts of shipping companies are limited by hygiene regulations.

But holidaymakers can still make their own contributions to a more sustainable cruise – by not taking more from the buffet than they can eat. – dpa