The colourful and ever busy Times Square in New York City. You can catch a 16-hour non-stop flight to the Big Apple from Manila now.

New York is one of the cities in the world that goes with a myriad of names: The Big Apple, The City That Never Sleeps, The Empire City. New York has grown from a humble Dutch fur trading post at the southern tip of Manhattan established in 1624.

Since then, in its colourful and at times violent history, the city has become the preeminent harbour for the Atlantic Ocean and the port of entry for most immigrants who continued to arrive in the United States after the Great Depression and WWII.

Today, thanks to an eclectic mix of people from all over the world, New York is enriched with a plethora of cultures and economic influences that made an impact not only for the US but the world. And with that, the city offers many sights and sounds that visitors to the Big Apple can enjoy.

For starters, take a guided tour of the icon of New York – The Statue Of Liberty and Ellis Island. A gift from the people of France to the US and dedicated on Oct 28, 1886, the statue of the Roman goddess Liberty came to depict not only freedom but America as the Land Of The Free.

It stands on Liberty Island, while the adjacent Ellis Island became the country’s busiest immigrant inspection station, welcoming over 12 million immigrants for over 60 years.

Another icon of the city is the Brooklyn Bridge, which serves to connect the boroughs of Brooklyn and Manhattan. Opened in 1883, it remains still an engineering marvel today and provides panoramic vistas of New York’s skyline.

When talking about the city’s skyline, the Empire State Building is a must-visit. This 102-storey building was completed in 1932 in an art deco style and was the first tallest building to exceed 100 floors.

Providing a respite from the skyscrapers is the ever famous Central Park. Covering 341ha, it is the most visited park in the US and houses many attractions within its grounds such as playgrounds, theatre, a carousel, and even Central Park Zoo and the Metropolitan Museum Of Art.

Then there are the spectacular Broadway shows that should not be missed – from established musicals like Les Miserables to dramas like the new Harry Potter And The Cursed Child. 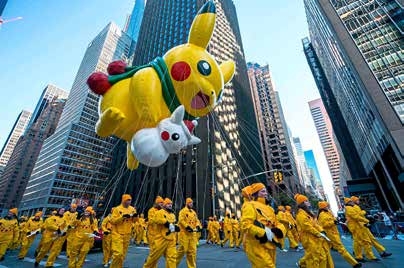 Macy’s Thanksgiving Day parade in New York in November is an annual affair that attracts huge crowds of locals and visitors.

You can capture all these with the first airline to mount a direct non-stop service to the Big Apple from the Philippines.

The four-star carrier Philippine Airlines (PAL) has commenced this historic flight on a brand-new Airbus A350-900 from Manila’s Ninoy Aquino International Airport for a 16-hour non-stop journey across the North Polar regions, and landing at New York’s John F Kennedy International Airport on the evening of the same day.

“What’s in store for travellers is a journey unparalleled – an ultra-comfortable flight on one of the world’s most advanced commercial airplanes,” says PAL president and chief operations officer Jaime J Bautista.

PAL VP of sales Ryan Uy noted brisk sales for this newest product offering. “People want to experience this much-talked about Airbus A350 aircraft. Now they can enjoy the A350 on a flight that takes them directly to the US East Coast,” said Uy.

The Philippine Airlines service between Manila and New York gives passengers the flexibility to choose from a wider selection of departure days. PAL flies to NYC from Manila five times weekly. Philippine Airlines flies daily from Kuala Lumpur to Manila using the Airbus A320-200 jet. 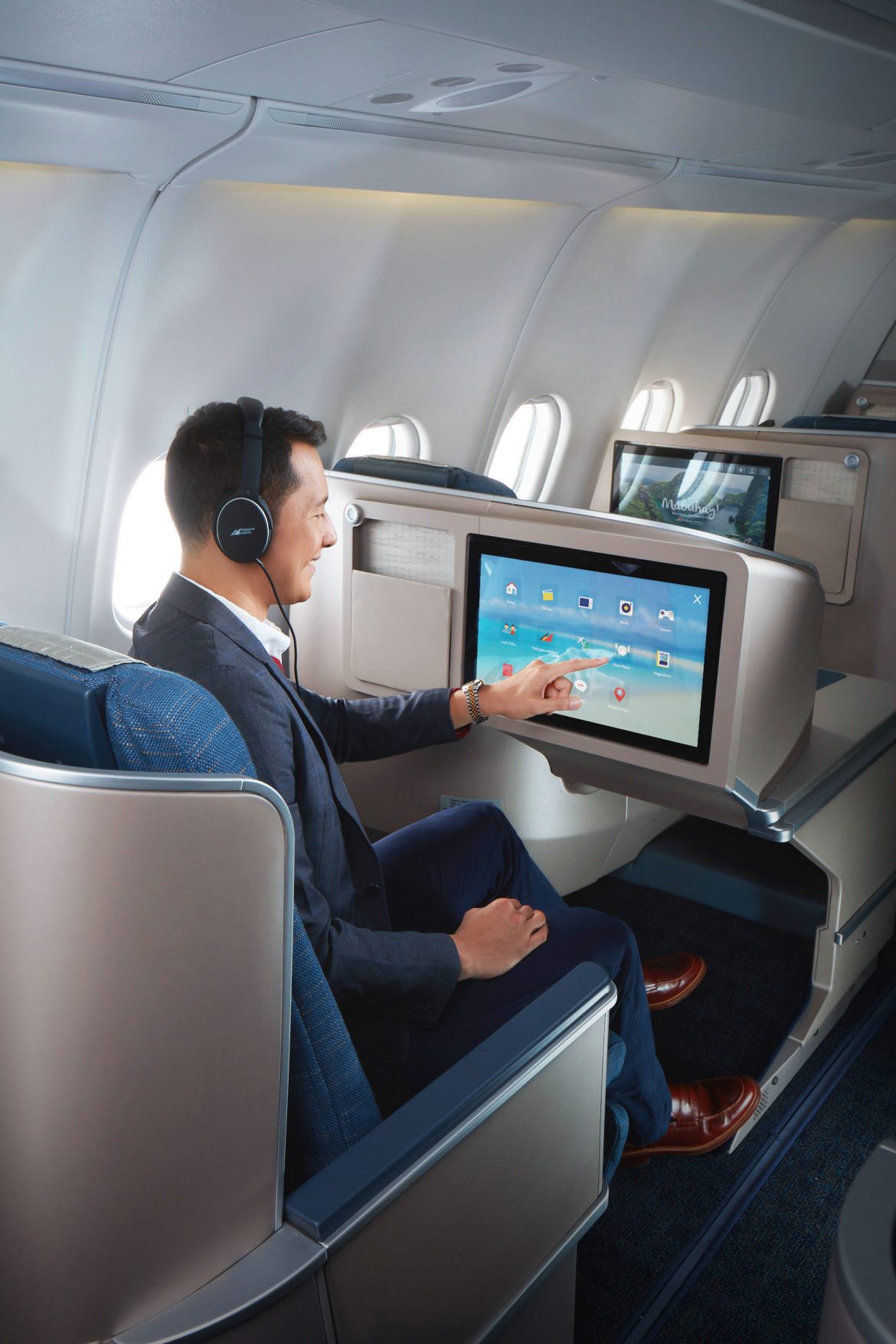 Enjoy the comforts of Philippine Airlines’ business class on its new Airbus.

In the pipeline for the Philippines’ only four-star global airline are new services to other destinations in North America and Europe, as more Airbus A350 aircraft join the fleet. Also in the plans are stops in Seattle, Chicago, and a point in Western Europe.