Heritage Walk: Amritsar is the largest and most important city in Punjab, India.

Amritsar, the largest and most important city in Punjab, India, is a major cultural, commercial and transportation hub.

The centre of Sikhism, Amritsar is home to hundreds of thousands of Sikhs and is the chief pilgrimage destination for Sikhs all over the world. It is the site of the Sikhs’ principal place of worship, the Harmandir Sahib, or Golden Temple.

Amritsar is also home to the first vegetarian McDonald’s in the world.

The list of places to visit definitely includes the Golden Temple, the most sacred of Sikh shrines. Located in the heart of Amritsar, this increasingly popular attraction is a major pilgrimage destination for devotees across the world.

Known as Sri Harmandir Sahib (or House Of God), this temple was constructed with real gold by Guru Arjan Dev Ji in 1577. In keeping with the Sikh tradition of “langar”, the Golden Temple feeds about 40,000 people a day for free.

Another shrine to visit is Takht Sri Keshgarh Sahib, the principle holy place of Anandpur Sahib – the historic site where on Vaisakhi, 1699, Guru Gobind Singh Ji initiated his followers into the order of the Khalsa (One Sikh Nation).

Rebuilt in the 20th century, Takht Sri Keshgarh Sahib contains the sanctum sanctorum where the belongings of Guru Gobind Singh – a khanda, a dagger and several spears – have been preserved.

For a taste of nature, make a visit to Hari-Ke Wetland and Wildlife Sanctuary. This marshland ecosystem is an internationally recognised bird sanctuary. During winter, thousands of migratory birds arrive from Europe, Siberia and the Himalayas, making it the best time to visit.

The wetland is also home to several species of turtles, snakes and fish. The rare Indus River Dolphin can also be seen here.

Connect with the heritage of Punjab at Sadda Pind, a village resort spread across five hectares of land on the outskirts of Amritsar. This is where you can experience the authentic culture, colours and flavours of Punjab all in one place.

Another fascinating place is Gobindgarh Fort, a historic fort in the centre of Amritsar city. Once occupied by the army, it is now open to the public as of Feb 10, 2017. Today the fort is being developed as a unique live museum, a repository of Punjab’s history.

An experience not to be missed is the lowering of the flags ceremony at Wagah border.

One more experience not to be missed is the lowering of the flags ceremony at Wagah border, a daily military practice that the security forces of India (Border Security Force) and Pakistan (Pakistan Rangers) have jointly followed since 1959.

Characterised by elaborate and rapid dance-like manoeuvres that have been described as “colourful”, it is alternatively a symbol of the brotherhood, cooperation and rivalry between the two nations.

This ceremony takes place every evening before sunset at the Wagah border which, as part of the Grand Trunk Road, was the only road link between the two countries before the 1999 opening of the Aman Setu in Kashmir. 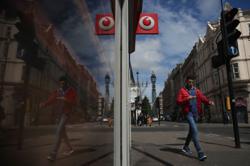 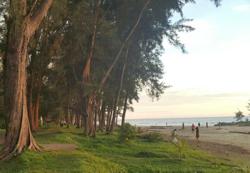