The group that cycles together stays together

The Putrajaya Cycling Club at a ride in Klang organised by group member CG Gan (in green). Photo: Nick Sim

Cycling is becoming increasingly popular and a great way to get started in this hobby is to join a local cycling group.

Different groups have different cycling styles: some are more relaxed, while others are more hardcore.

Star2 talks to the founders of three groups to find out more about what makes them tick – and how you can be part of the action too.

For Kamarudzaman Sanusi, 57, cycling is a sport for everyone.

“If you’re contemplating picking up some kind of exercise or sport, do consider cycling,” said the businessman who hails from Sungai Besar, Selangor.

“It doesn’t discriminate (in terms of) race or religion. When we are on our saddles, we are all brothers and sisters. If we see a fellow cyclist stranded by the roadside, we will stop to offer our assistance.”

Kamarudzaman is the founder of the MusangKing Cycling Team, which first came about in November 2012 after a bunch of them decided to cycle up to Fraser’s Hill.

“Back then, we hardly knew each other. But then, cyclists always mix well together. After our ride, we came up with the idea of forming a cycling team,” he explained.

The team was named after the famous variety of durian but the logo actually shows a musang or civet cat (they love durians).

Kamarudzaman said that the group of 50 members cuts across a wide spectrum of society, from teenagers to grandparents in their 60s; from college students to pensioners; from mechanics and salesmen to doctors and engineers; from government servants to business owners.

It includes both male and female cyclists, and Malays, Chinese, Indians, Ibans and Portuguese.

“Members don’t need to register formally. One is considered a member when they purchase the official team jersey and ride in a team at cycling events or activities,” he said.

The group is more focused on road cycling, and they have done century rides (so called because it’s done over 100 miles or 160km).

Their “home track” used to be the bike lane (for both bicycles and motorbikes) along the Kesas Highway.

However, since that bike lane is undergoing construction, the group is now cycling along the Guthrie Corridor Expressway bike lane.

“We sometimes cycle up to Kuala Selangor, which is about a 120km return journey,” said Kamarudzaman. “But if we opt for a shorter distance like 50km, we will go to Kuang town (near Rawang) for breakfast before returning,” he clarified.

“Cycling helps to build the inner strength of a person, (it’s about) the will to complete the course and pedal till the end. The key is in us, mentally and physically,” he said.

For him, one of the most beautiful cycling routes is from Gombak (near Kuala Lumpur) up to Genting Sempah (the halfway point to Genting Highlands). It’s magical especially early in the morning when its shrouded with mist.

“We chartered a bus for the cyclists and a lorry for the bicycles. We all stay together at a homestay or resort. These were very memorable experiences!” he said enthusiastically.

Kamarudzaman was a former councillor with the Shah Alam City Council, and was involved in mooting the idea for recreational cycling tracks within the city’s parks. Today, the state capital of Selangor has 14km of bike lanes through its parks.

“It’s a good place for family recreation and also for beginners to take up cycling,” said this keen cyclist who owns three road bikes, two mountain bikes and one tandem bike.

“It’s awesome to see Star Media Group and Sunsuria Berhad organising the Ride for Malaysia event to unite everyone. We at the MusangKing Cycling Team are glad to support it!” he enthused.

Cycling helps us to know our country better, especially when interacting with the locals in rural areas. And obviously, it’s a healthy lifestyle.

This is why professional chef Danial Anis Marzuki, 33, believes that cycling is good for Malaysians. He co-founded the Bangsar Cycling Group three years ago together with his friend, Johan Sopiee.

There are 650 members in the group, and they meet up regularly every Tuesday night for a ride. There are many different cycling routes, and the path chosen depends on the fitness levels of those who turn up.

“We will usually ride downtown and take photos at either KLCC, KL Tower, or other scenic spots. And that’s usually followed by food,” he added. 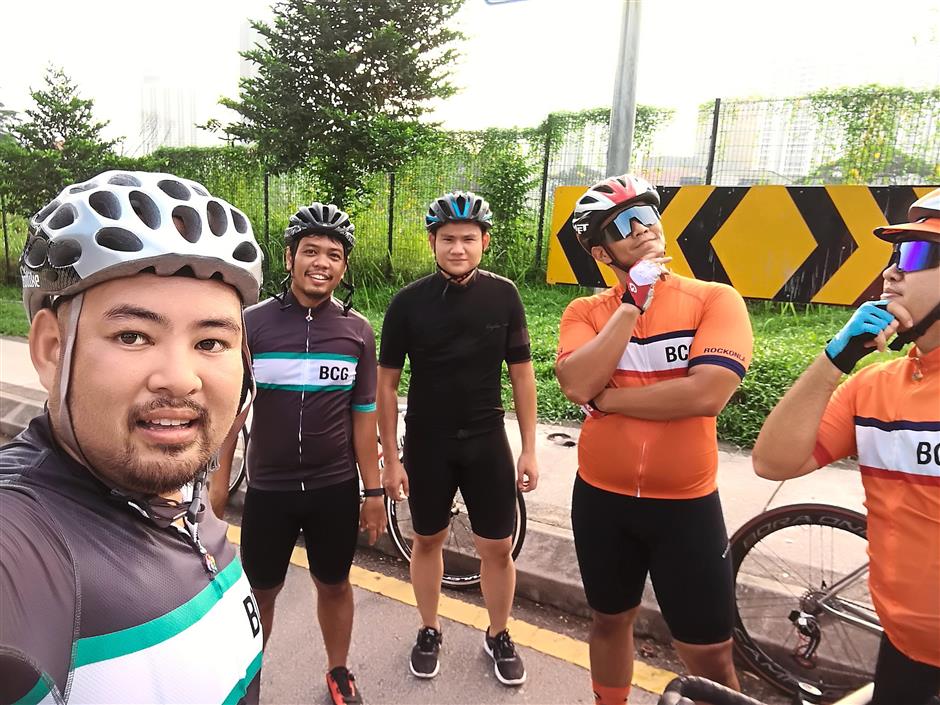 The rides are normally 25-30km only because most people would need to work the next day so they can’t stay out too late. They also organise (longer) weekend rides.

He is also an active advocate for bicycle infrastructure and cycling as a means of everyday transportation, not just for recreational activities.

“Our members come from many different backgrounds and countries, and we always communicate in one common language, which is English,” he said. 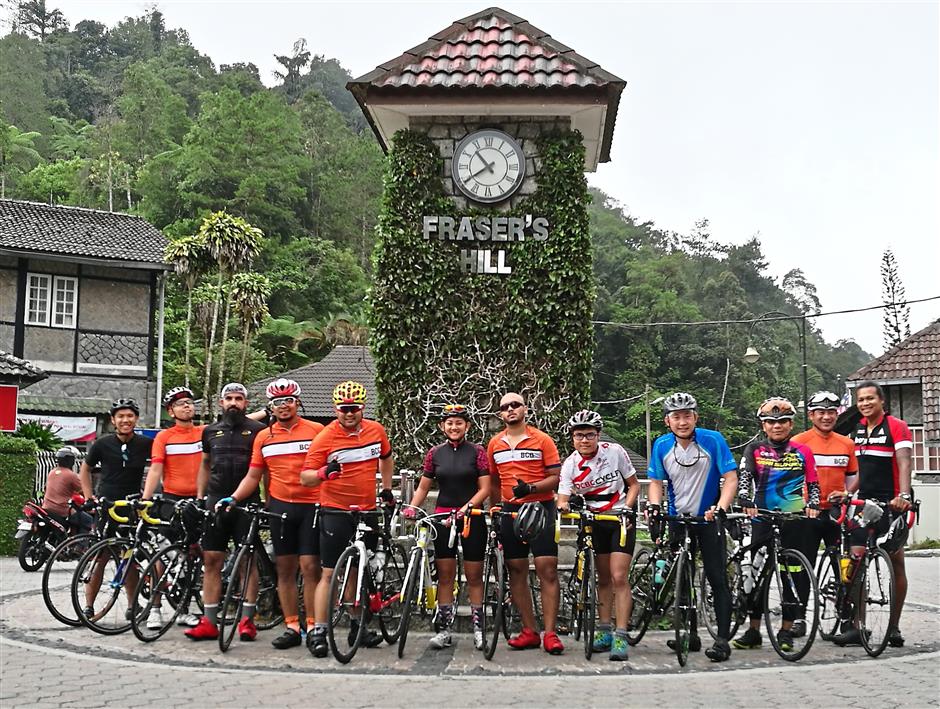 He added that Ride for Malaysia is a good effort to bring people together and instil a spirit of harmony and unity.

“Cycling is more often than not a happy and positive activity that is shared by all races at the same time. When the objective is to cycle and have fun, you tend to leave all the other issues behind and focus on the ride,” he said.

For more information on their activities, visit: www.facebook.com/groups/bcgbcg/

For Mohd Adib Noh, 65, cycling is a fun way to exercise and meet friends.

“My friends and I have been cycling in Putrajaya since 2008. We joined a few cycling groups which later evolved into special interest groups for mountain biking, road cycling, and leisure cycling for activities outside Putrajaya,” he said.

“Then, in 2013, a few of us – Tengku Nash, Abdul Samad, Sabri Ya, and myself – decided to form a cycling group for those who enjoy cycling in Putrajaya,” he added. 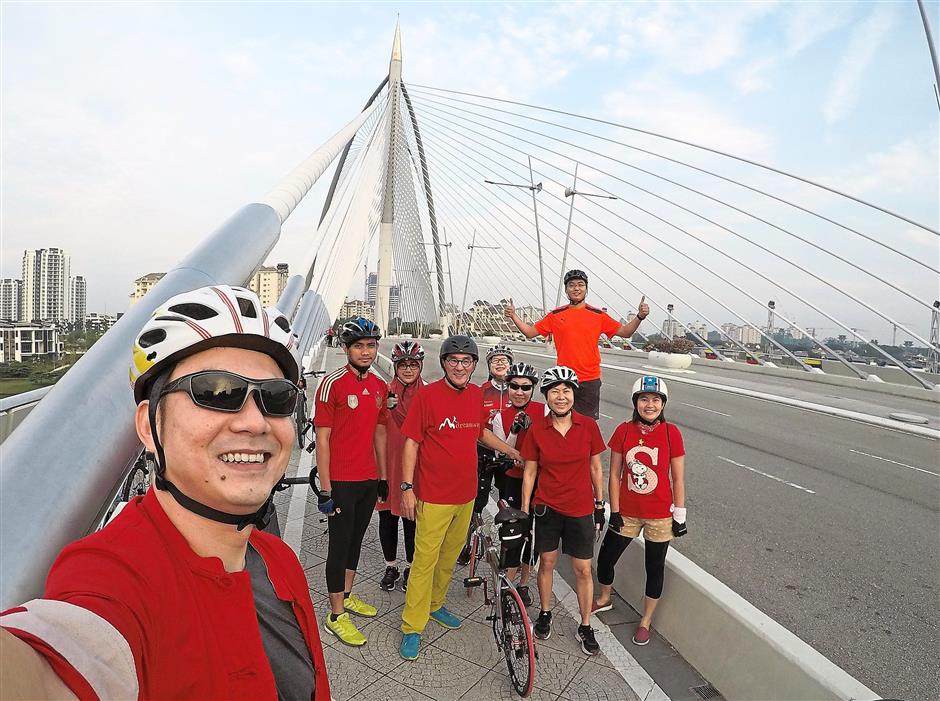 When cycling in Putrajaya, a wefie at one of the iconic bridges is a must. Photo: Nick Sim

“We mainly cycle around scenic spots in and around Putrajaya, and we usually stop to take photos. The biggest ride we had was in 2015 with over 75 riders.”

With the Facebook group and member postings of activities, news spread very fast, and now, the group has 1,043 members.

“It’s quite a muhibbah or multicultural group with cyclists from all walks of life, races, ages, and social backgrounds,” said Mohd Adib, who hails from Bandar Baru Bangi, Selangor.

Cyclists of all ages, newbies or veterans, and all bicycle types – foldies, mountain bikes, roadies, and fatties (bikes with fat tyres) are welcome.

“Every month, we organise two rides and they are usually on Sunday, from 8am until 11am,” said this photography enthusiast.

The group usually pedals for 15-25km around cycling tracks in Putrajaya, with several photo stops in between.

“When cycling, it’s easier to discover the hidden gems around Putrajaya. We usually go for breakfast after the rides.”

He said that becoming a member is easy and free.

“Just join the Facebook group, and when we organise a ride, we’ll usually invite everyone in the group.”

Ride For Malaysia is hosted by Star Media Group and property developer Sunsuria Bhd. The event will be flagged off at 6.30am at Sunsuria City on July 30.

Come in fancy dress, glamour get-ups, or outlandish costumes and you might also win prizes for best fancy dress (overall-individual/couple/family); most sporting family (family of four); and best looking couple.

For more information and to register, go to sites.thestar.com.my/rideformalaysia. For group bookings, call 03-7967 1388 and ask for Events.

The group that cycles together stays together