Mexican city of Los Cabos getting back on its feet

Rooms at The Resort at Pedregal – formerly the Capella Pedregal – are large and luxurious.

After being slammed by Hurricane Odile last year, Mexico’s resort area is slowly coming back to life.

The southern tip of the Baja California peninsula looks good and lively these days, but let me remind you of how bad it was.

Hurricane Odile struck Los Cabos, Mexico, last Sept 14, howling at about 200kmh. It killed at least five people and forced the evacuation of about 30,000. It tore off the roof of one airport terminal, shattered countless windows, flooded the desert with rain and high tides and scattered red roof tiles along the 29km tourist hotel corridor between the population centres of Cabo San Lucas and San Jose del Cabo.

The damage was worst near San Jose, but the entire region was crippled, with looting going on for days, and power and water outages for weeks. International flights didn’t resume until Oct 8. Many of the area’s most luxurious hotels are still closed, including Esperanza, One&Only Palmilla and Las Ventanas al Paraiso.

Yet today, if you wander the Los Cabos area (population 238,000), you see gorgeous beaches, stark desert and business as usual – the bathers and vendors on Medano Beach, the creamy sand and fresh-scrubbed rock formations at Land’s End, the cruise ships looming in the deeper water, the water taxis puttering in the shallows, the marina touts hawking fishing expeditions, the mariachi struggling to be heard above Mick Jagger on the sound system.

The 330m-long suspension bridge at Wild Canyon adventure park in Los Cabos reopened last December. A
few months earlier, when the hurricane struck, it was mangled like something in an Indiana Jones movie.

At the far quieter Bungalows Hotel in Cabo San Lucas, a family business where I stayed in early February, all 16 guest rooms are in service after many repairs, the pool is full, the bougainvillea is in place and general manager Erik Alonso is once again hugging guests each morning as they arrive for breakfast. There’s still a missing palapa (open-sided dwelling with thatched roof made of dried palm leaves) to replace on the upstairs deck, Alonso said, but since he reopened, business is running ahead of the previous year.

Within a few weeks of the hurricane, “downtown looked like nothing happened”, Alonso said.

As I headed out on the peninsular highway to San Jose, I saw more reconstruction and boarded-up doors as well as dozens of workers swarming the walls and roofs of the Hilton, the Hyatt Place and the Dreams Los Cabos Suites, all expected to reopen in coming months.

As February began, about 20% of the 14,000 hotel rooms in Los Cabos were still out of commission, most of them in and near San Jose. With some exceptions, such as The Resort at Pedregal, which reopened Jan 31, the fanciest hotels seem to be reopening at the slowest pace.

Aah, the thrill of ziplining! This Wild Canyon attraction is up and running again after speedy repair work following Odile.

“It was the fishermen who came back first,” said Tracy Ehrenberg, owner of Pisces Sportfishing in the Cabo San Lucas marina. Even though the company’s boats have been forced to launch from a different dock since Odile, “we are very, very close to last year’s numbers”.

Pisces’ luxury yacht rental income so far this year is down 20% from last year, Ehrenberg said, but its sportfishing income is ahead 8%.

If you’re accustomed to spending less than US$400 (RM1,486) per night, you need not worry about delaying your Los Cabos plans. The sand, surf and desert scenery are as enticing as ever – fish jumping, zip-lines singing, restaurants serving, airport operating. Two new golf courses opened in December: Quivira Golf Club (designed by Jack Nicklaus) and El Cardonal at Diamante (designed by Tiger Woods).

If you’re accustomed to spending more than US$400 a night on lodging, however, you may have a harder time finding an available room before June.

Los Cabos Tourism’s commercial director Julieta Hernandez estimated that, overall, hotel rates are largely unchanged from last year’s average rate of US$225 (RM836) a night. With 20% of the hotel rooms out of action, beaches and sidewalks are less crowded, and vendors are competing for fewer customers.

“We got a really good deal on this,” Betty Ostlie of Fargo, North Dakota, told me one afternoon as she collected a fruity cocktail at the swim-up bar of the beachfront, all-inclusive Holiday Inn Resort in San Jose.

She and her husband had come to celebrate their 40th anniversary. They’d had some doubts, because the resort’s largest pool and many guest rooms were still being repaired. But those worries fell away, she said, as hotel staffers decorated their room with flowers and left towels that were folded to look like swans. (The resort’s room rates for mid-April begin at US$219/RM813 a night for two, with all meals, drinks and taxes included.)

A tip: whatever you’re paying, be sure to call the hotel’s front desk in advance for a detailed facilities report, not a call-centre representative two time zones away.

And just because you see rubble or rebar doesn’t mean it’s hurricane damage. For all the area’s natural wonders, most city blocks of Cabo San Lucas and San Jose del Cabo have never been particularly lovely.

Thanks to galloping growth and lax government regulation since the peninsular highway was built in the 1970s, the area has always had plenty of potholes, half-completed buildings and improvised infrastructure. I stood at the corner of Benito Juarez and Constitucion in Cabo San Lucas, wondering whether the twisted street signs were hurricane damage. (Later, I asked Erik Alonso. He wasn’t sure either.)

Rooms at The Resort at Pedregal – formerly the Capella Pedregal – are large and luxurious.

Of course, you’ll find charm and grandeur too. In the exclusive Pedregal neighbourhood of Cabo San Lucas, I arrived at the recently reopened Resort at Pedregal through a torch-lighted tunnel, then stepped out to its El Farallon restaurant, which clings to a cliff side and offers jaw-dropping Pacific views. A chef showed off the day’s catch while a violinist played.

At the end of a dirt road outside San Jose, Flora’s Field Kitchen serves organic meals on an idyllic patio with dangling blown glass and “the amazing Alba, world famous typewriter poet”, ready to versify on request.

Meanwhile, in Wild Canyon, an adventure park at the end of the dirt road between San Jose and Cabo San Lucas, eight zip-lines, a bungee-jumping rig and other attractions are back in use after frenetic reconstruction.

“The hurricane? You want me to cry?” said Leon Robles, owner of Wild Canyon. Though the park structures’ foundations held, “80% of our infrastructure (above ground) broke or fell or was damaged somehow”. Its 330m-long wooden suspension bridge, which had opened nine months before, was mangled “like something in an Indiana Jones movie”.

Moreover, Robles said, his insurance did not cover weather damage to structures. Facing about US$1mil (RM3.7mil) in damage and lost revenue, he said, he and his workers had no choice but to rebuild and reopen as fast as possible. By mid-November, the zip-lines were running. By late-December, the suspension bridge was open.

Apparently, the fast work gave Wild Canyon an edge over competing attractions. So far this year, Robles said, his business is up 30% from last year.

Times seem to be tougher among the water taxis. Captain Armando Ramirez, a 10-year veteran who came to Baja from Sinaloa, estimated the business is down 30% from last year. Arturo, another veteran water taxi worker who declined to give his last name, thought his shortfall was more like 50%.

But Cabo is still Cabo. As Arturo’s boat neared Lovers Beach, an amorous couple in the bow mixed a batch of Cognac-and-Red Bull cocktails and handed out plastic cups so all aboard could drink a toast to nothing in particular. – Los Angeles Times/Tribune News Service

Mexican city of Los Cabos getting back on its feet 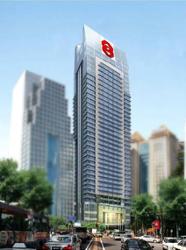 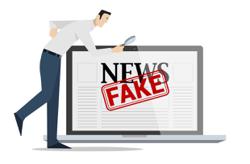