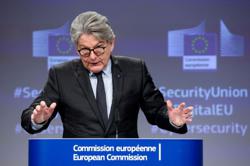 For the past 616 years, male watchmen have clambered to the top of the Lausanne cathedral bell tower every single evening. Photo: Christiane M./Pixabay

After over 600 years of night watchmen, a woman has for the first time been tasked with shouting out the time each hour through the night from the Lausanne cathedral bell tower.

Cassandre Berdoz began working as an assistant night watchwoman at the Lausanne cathedral on Aug 16, the Swiss city announced on Aug 26.

"This is the first time that this position... has been held by a woman, who is helping keep alive a tradition uninterrupted since 1405, while helping it evolve," it said in a statement.

Berdoz, it said, was likely the first woman to ever be officially appointed to the task anywhere in Europe.

The new watchwoman herself said she was thrilled with the new position.

"As far back as I can remember, this tradition has fascinated me, and I have always wanted to be a watchwoman," the Lausanne native said in the statement.

She is joining the ranks of male colleagues who have clambered to the top of the cathedral bell tower every single evening for the past 616 years.

All year round, from 10pm to 2am, the night watchman, wearing a big black hat and carrying a lantern, steps out to the bell tower railing to serve as a living clock for the people of the picturesque city on the shores of Lake Geneva.

The night watchmen, who once numbered in the tens of thousands across Europe, used to play a far more vital role.

Back when fire was a permanent threat to medieval towns and cities built in wood, he was an essential part of a network of watchmen, most of whom patrolled the streets.

From his perch, the cathedral watchman was tasked with sounding the alarm at the first whiff of smoke. But as technology advanced, the once ubiquitous position became largely obsolete and the watchmen all but disappeared across the continent.

Lausanne is today one of 63 European towns and cities that still have night watchmen, it said.

Except for a few substitute stints, women have never held the position anywhere on the continent, it said, citing information from the European Guild of Night and Tower Watchmen.

"Lausanne is thus an equality pioneer" in this area, the city boasted. – AFP 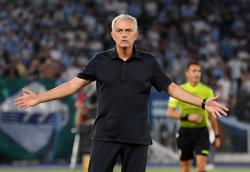