In the Karrada district of Iraq's capital, residents awake to a gas bottle deliveryman's dulcet tones – once a country-wide tradition, but now a solo act.

"My heart rediscovers love, as if it learnt nothing from past suffering," croons Mountazar Abbas, in homage to famous Iraqi singer Yass Khodr.

The 22-year-old is the last gas deliveryman in Baghdad to announce the arrival of his cylinder-laden rickshaw by singing.

In doing so, he brings smiles to customers' faces.

"When people recognise my voice, they open the door of their home and shout out to me," Abbas told AFP. "Others call me on the phone – but they still ask me to sing."

Carrying on the trade of his father, Abbas has traversed the streets and alleys of this shopping district in the heart of Baghdad since 2007. 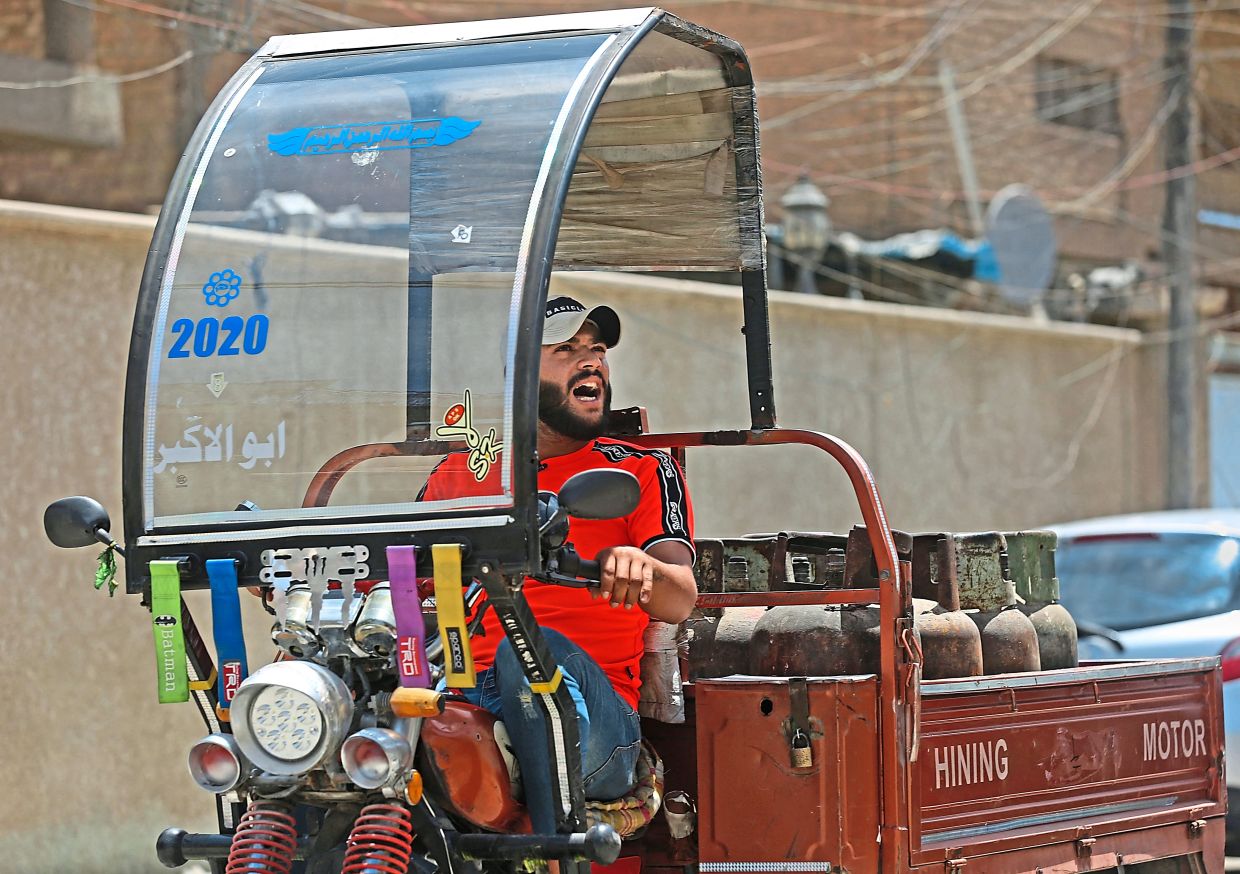 Many people appreciate the unique tradition of the singing gas deliveryman.

Ahmad Ali, a 30-year-old grocer, appreciates the tradition of the singing gas deliveryman.

"There were many in the past, but it's over," he lamented.

Many broadcast songs by famous artistes through loudspeakers.

"Why do they then want to subject us to sad tunes when they deliver our gas?" asked a mocking Mukhtar Taleb.

In the past, there were many singing deliverymen, recalls 55-year-old Kamal, who lives in the Al-Jadida district of the capital.

"I used to tell them that they had a beautiful voice and I even encouraged several of them to take part in competitions on the radio." Abbas dreams of becoming a second Hatem al-Iraqi, an Iraqi singer-songwriter who now lives in Dubai.

Under dictator Saddam Hussein, who was deposed in the 2003 US-led invasion, a panel on Iraqi TV and radio would assess singing talents.

Comprised of musicians, art critics and poets, the panel's choice would go on to record a song.

It was a launchpad for many musical careers.

After the invasion, which was followed by bouts of sectarian violence, the panel disappeared.

For a period from 2005 to 2007, jihadists controlling parts of Baghdad banned singing and orchestrated crackdowns – some musicians were killed; others saw their instruments destroyed.

The tradition of the singing deliveryman has disappeared across much of the wider region too.

In Jordan's capital Amman, local authorities have since 2012 required gas vendors to broadcast Beethoven's "Fur Elise" only, so as to avoid a cacophony of competing sounds.

In Lebanon and Syria, vendors would in the past deliver gas by donkey-drawn cart, announcing their arrival by honking a horn.

"Everyone does as they see fit. I opted for the traditional way and most of my clients prefer to see me sing," Abbas said.

But there is little chance that Abbas will pass the trade onto his own children.

"It is a tough and badly paid trade," he said.

Abbas doesn't just sing while at work, but also at home, with friends and at family reunions.

He even dreams of becoming a second Hatem al-Iraqi, an Iraqi singer-songwriter who now lives in Dubai.

"Hatem is, like me, originally from Sadr City", a poor district of Baghdad, said Abbas.

"And before he became successful, he was in the same trade as me. He had a very beautiful voice... I would like to follow his path." – AFP Relaxnews