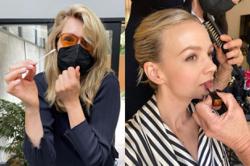 Carey Mulligan is a letter writer.

As a young woman with acting aspirations, she wrote to Kenneth Branagh asking for advice after seeing him in Henry V. At 16, she wrote to “Mr. Eminem” to tell the rapper what a fan she was of 8 Mile.

After Julian Fellowes visited her school, she wrote to the screenwriter, too, forging a connection that led to meeting casting directors and ultimately landing a part in the 2005 film Pride & Prejudice.

“I didn’t have any way into the industry. I didn’t know what my route in was,” says Mulligan. “Sometimes, I feel compelled to write to someone to tell them how brilliant they are. I wrote to Amy Adams after Arrival and I was like: ‘You are the best actress on the planet.”’

That Mulligan found her way by seizing it with something as old-fashioned as pen and paper is appropriate. Since her debut in Pride & Prejudice, her career has frequently been one of time travel. In a long string of period films, from her breakthrough in the 1961 London-set An Education to her latest, Wildlife, set in 1960s Montana, she has vividly brought to life portraits of women through history, women whose own paths were too constrained to be freed by sheer force of will and a stamp.

Since 2015’s Suffragette – a movie she says reinvigorated her feelings about women’s rights today – Mulligan has played a kind of modern woman sought for marriage by a battery of suitors in 1874 England (Far From The Madding Crowd), a cultivated woman dragged to post-WWII Mississippi by her husband (Mudbound), and, in Paul Dano’s Richard Ford adaptation Wildlife, a trapped, aimless woman whose husband (Jake Gyllenhaal) leaves her and their 14-year-old boy (Ed Oxenbould) in a remote Montana town while he goes off to fight forest fires.

“They’re all kind of weirdly linked and not by any design,” Mulligan said in an interview last month over tea on a rainy morning. “But there is a kind of through-line. It’s like a women’s liberation trilogy.”

The roles have collectively been an education for Mulligan, each with plenty of relevance to today’s battles for gender equality, within and without the movie industry. But Mulligan is also – and she stresses this – ready for something more modern day.

“I’m absolutely dying to do a contemporary film. I can’t even begin to tell you how much. Every time I get a great script, it just happens to be a period film. There is something wonderful about getting to visit different eras. But I’d also completely love to do something contemporary. But it just doesn’t happen,” says Mulligan.

The appeal, though, of Wildlife was two-fold. It was a chance to work with longtime friends. Mulligan has for years known Dano, Gyllenhaal and Zoe Kazan, who wrote the script with Dano, her partner. (Kazan and Mulligan co-starred in the 2008 Broadway staging of The Seagull.) And it was also a kind of part that Mulligan has seldom had the opportunity to play. When her husband strands them, confusion and regret consumes Jeanette Brinson, and she lurches desperately in search of stability – all while her son anxiously watches.

“The thing that really scared me about it was the idea of failing your children,” says Mulligan, who has two children with singer-songwriter Marcus Mumford. “To think about the notion of at one point letting them down in the future in some profound way, it’s just so frightening.”

On the festival circuit, both in Cannes and at the recent New York Film Festival, Mulligan has found herself defending Jeanette, whose wheels may be coming off, but she’s doing her best in constricted circumstances. “Someone in Cannes was like, ‘Gosh, she’s such a terrible mother.’ I was like, ‘Hang on a minute,”’ Mulligan says.

In an An Education, Mulligan plays a sheltered teenager in early 1960s London who falls in love with a con man, played by Peter Sarsgaard. Photo: Filepic

Early on, Kazan – who for years exchanged drafts with Dano – realised she wanted to “advocate” for Jeanette.

“I started to feel very aligned with Jeanette. To be a woman in that particular time period, having to live up to the archetypal constraints of wife and mother that are so narrowly defined,” Kazan said by phone. “There was something about that that felt very poignant to me, very important.”

That Mulligan was right for a messier character, Kazan says, was clear from performances in Steve McQueen’s Shame and her stage work.

Echoing widespread praise for Mulligan’s performance in Wildlife, The New Yorker wrote: “Mulligan casts aside her natural sweetness to bring us a soured soul, driven only by the courage of her confusion.”

“She’s like a prima ballerina,” says Kazan. “She’s so precise. You can ask her to do anything because she has that ineffable thing that you can’t buy or train of an audience feeling empathy for her.”

Mulligan also recently challenged herself by starring in the one-woman show Girls & Boys, in both London and New York. She played a mother of two telling a story that begins comically before turning dark and violent. Mulligan’s character was listed simply as “Woman.”

Laughing, she calls the one-woman play “a bucket-list thing that I’m so glad I did and I’ll never do it again.”

At 33, Mulligan exudes a serenity despite her predilection for more tortured spirits. Even her defensiveness about her famous husband has ebbed some.

“It used to strike fear into my heart if someone said, ‘So you’re married to Marcus?”’ Mulligan says. “I’d be like: ‘Ahh!’ and jump out the window. But now I’m like, ‘Yeah. Married for, like, kind of long time.’ It doesn’t freak me out anymore.”

But if Mulligan’s life is steady, she’s driven as an actor for the opposite.

“Suffragette and Madding Crowd – they are pretty much well-intentioned, noble-cause. I loved that Jeanette is the total opposite. She’s the complete anti-heroine. Everything in her hands gets f----- up.” – AP/Jake Coyle 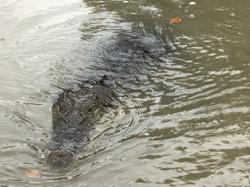