Saleem, or AM Salim Abdul Majeed, frontman of the Malaysian rock band Iklim, died this morning (Oct 14) around 6am. He was 57.

News of his passing was confirmed by a family member, The Star’s Malay portal mStar reported.

His motorcycle was said to have been hit from behind by a car, sending him flying off the vehicle.

Iklim is a popular rock band in the 1990s, best known for its hit, Suci Dalam Debu. 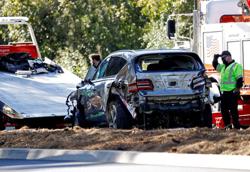