Music is more than a hobby for Melody Quah, it's her life

Classical pianist and music teacher Melody Quah Sean Roei’s whole life has revolved around music. And from a tender age, she already knew that it would be what she calls her “life path”.

“I started playing nursery rhymes on the piano by ear at the age of two,” says the Kuala Lumpur-born Quah who now resides in Baltimore, Maryland, the United States.

“I was enrolled in a music appreciation class around the age of four, and started piano lessons with Prof Snezana Panovska at the age of six. By this time, I was composing and also playing other musical instruments. Most of my classes were at Yamaha Music. My first teacher there was Tan Siew Ghee,” continues Quah, who is in her 20s, in an e-mail interview.

“My earliest overseas musical performances were at the age of seven in the Czech Republic and Hungary. It soon became quite clear that music was more than just a fun hobby for me!”

Her older brother and sister also took music lessons when they were young.

“Some of my fondest memories are of jamming with my siblings when we were younger, for example, my sister on piano, brother on guitar, me improvising on violin. Special times were when the electricity went out and everybody suddenly had some free time on their hands!” she recalls.

Her siblings played the piano and guitar but never intended to pursue music professionally.

“I never really made a decision to ‘pursue music’. It was something that I knew very early on would be my life path. The decision I did finally make, though, was to pursue the piano in particular. I think I loved its majesty and the many possibilities of its vast sound-world,” says Quah, who also plays the violin, guitar and organ.

She was a student of Sekolah Kebangsaan Taman Tun Dr Ismail (2), KL, in her first two years of primary school, before going on to study at Sekolah Sri Cempaka in Damansara Heights, KL, from Standard Three to Form One.

Then, when she was 14 years old, she moved to Sydney, Australia, to continue her musical studies. “I completed my high school at the Australian Institute of Music,” she says. 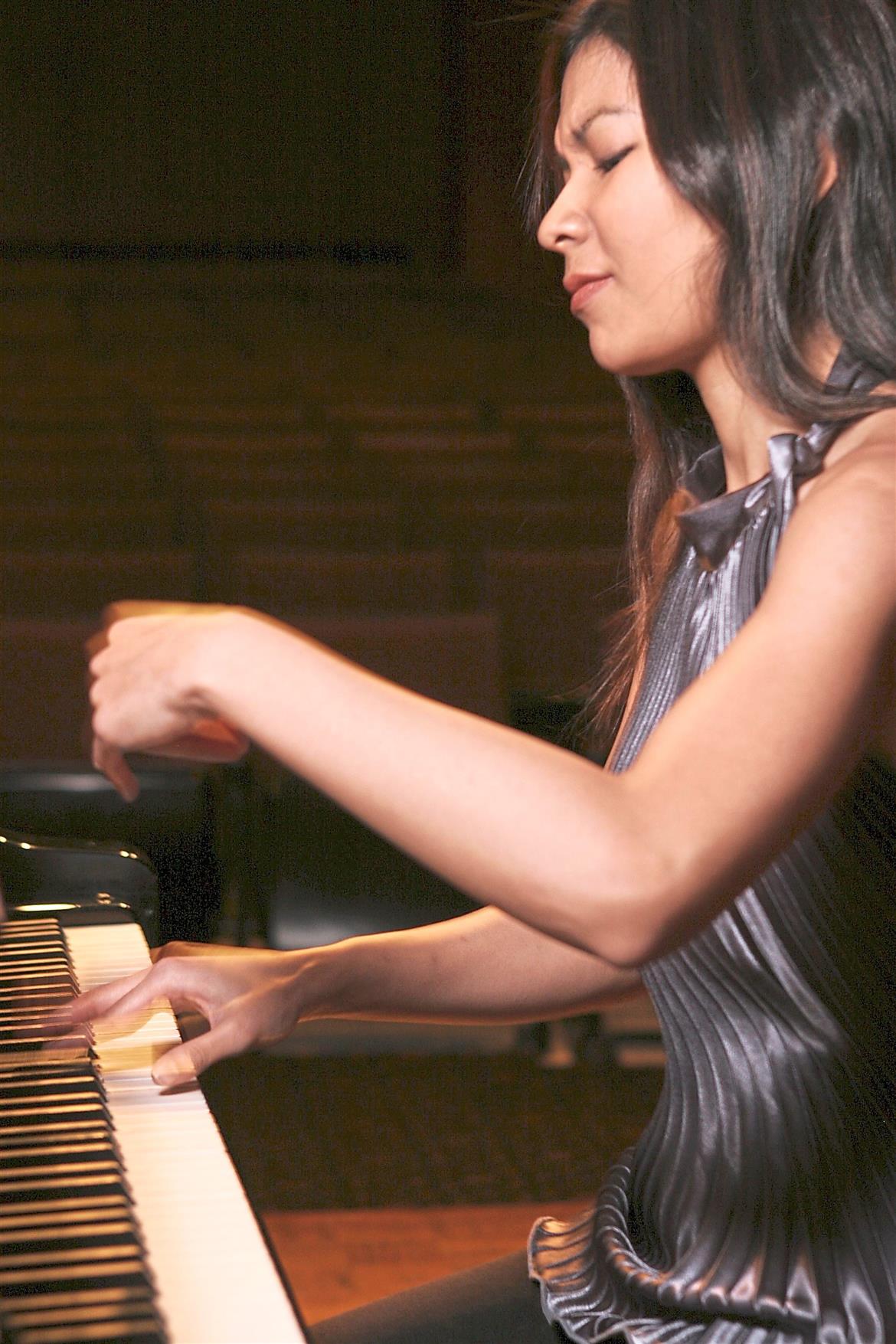 Quah enjoys improvising on pop/jazz tunes to relax or to entertain friends.

“I soon found my way to Vancouver (Canada), where I completed my undergraduate studies, and then New York City, where I did my Masters at the Juilliard School. This was a dream come true. And to top it all, my favourite movie, Center Stage, was filmed at Juilliard!

“I then obtained an Artist Diploma at Yale University and concluded my formal studies with a Doctorate from Peabody,” adds Quah, referring to the Peabody Institute of The Johns Hopkins University.

She started performing when she was seven and, since then, has performed in numerous countries across four continents: in Malaysia, Japan, China, South Korea, and India; as well as Hungary, the Czech Republic, Ukraine, Britain, Poland, Lithuania, and the Netherlands; plus Australia, Canada and the United States.

Quah not only plays the piano but has also composed music.

“I composed a lot when I was younger, and performed these compositions in Japan. One favourite is a piece written for violin and piano that was inspired by music of the Roma people (colloquially known as gypsies in Europe), written when I was about 12.

“Nowadays, I find myself doing more improvising rather than composing. For example, I enjoy putting my own spin on pop/jazz tunes to relax or to entertain friends.”

Some of the highlights in her musical journey so far have been performing at Carnegie Hall and receiving a review from the chief music critic of The New York Times; the first performance of her favourite piece of all time, the Goldberg Variations by J.S. Bach, which Quah describes as “a notoriously difficult piece of music that lasts about an hour”; and performing while simultaneously rising up from below the stage at the opening ceremony of the Bukit Jalil Stadium in 1998.

Quah has won several competitions and awards throughout her musical journey, with 2007 being a particularly good year when she bagged two prizes: at the 7th International Paderewski Competition in Bydgoszcz, Poland, and at the 11th Pacific Piano Competition.

Although the piano is her first love, she has not forgotten the other musical instruments that she also plays.

“I play the pipe organ professionally from time to time. Most recently was for all the Christmas services at the Baltimore Basilica, the oldest cathedral in America.

“I play my violin at special request when I am back home for the holidays! Learning the violin has helped me tremendously when collaborating with string players in chamber music settings.

“Nowadays, I play the classical guitar only when I’m feeling particularly adventurous!” she quips. 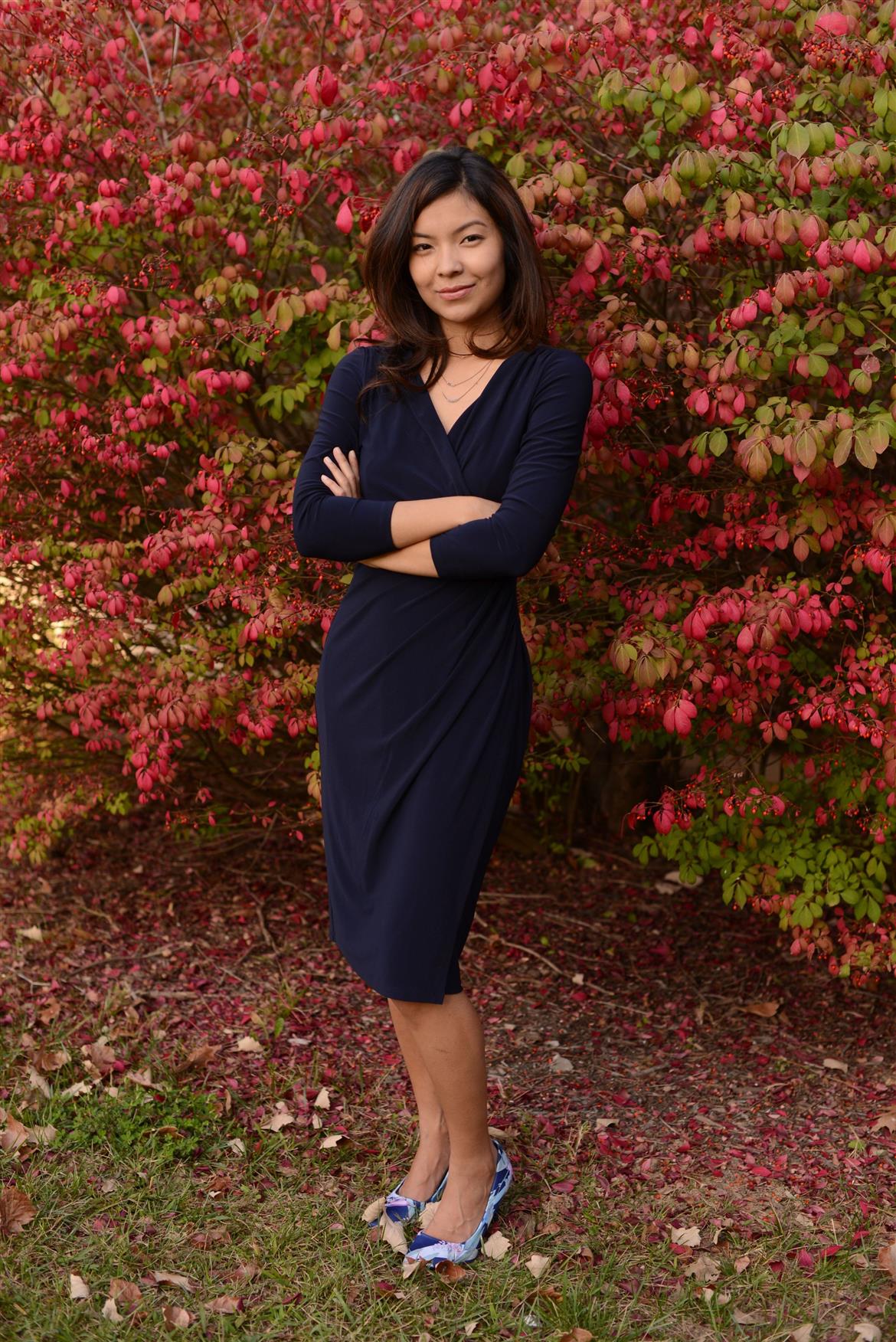 Besides playing the piano professionally, Quah also teaches it, which she sees as a privilege.

In the middle of this month, Quah will be making her debut as a soloist with the Malaysian Philharmonic Orchestra, with German-Japanese conductor Jun Markl.

Music is by no means her only creative pursuit. “I absolutely loved my ballet classes growing up, and that has transitioned to a love for all types of dance. If there is music and a dance floor, you will see me on it! John and I were involved in salsa-dancing while at Yale and found that we thoroughly enjoyed it!”

Her fiance, John, is a professional trumpet player. They met while studying at Yale University in 2011. Both of them graduated last year with their Doctor of Musical Arts degrees from the Peabody Institute.

“Yes, we do perform together!” says Quah. “Being on stage is very natural for us, and always a ton of fun. John is American but absolutely loves all Malaysian food. Still working on the durian, though....” she remarks.

When asked whether she prefers teaching music or concertising, Quah replies: “I love the exhilaration of being on stage and being able to share music with people. To be able to bring the music of the great composers to life, to influence someone’s mood, awake an emotion, or arouse a curiosity about music, are for me, the special things about performing.

“On the other hand, I also see teaching to be a privilege. To be able to nurture young minds through music and show them how they can be creative, spontaneous, and disciplined, all at the same time, is extremely rewarding! I have students from first grade to piano majors at college level. I also teach a class on World Music, covering a range of material such as Tibetan ritual music, gamelan traditions, Beijing opera, African drumming, Middle Eastern takht ensembles, etc.

“For me, being a musician is all about making meaningful connections with people, whether through my performances in a concert hall, or through teaching in private lesson/classroom settings, and I’m grateful that I get to do both!”

“Music is an extremely competitive field! I have approached it with the mentality of always enjoying the journey by focusing on the wonderful music I get to play, the many new places to which I travel, and the interesting people that I meet,” Quah shares.

“I have great respect for athletes, who often have to train in the most gruelling conditions. If I am ever having a tough practising day, I say to myself, ‘At least I am not training in freezing water!’ One of my favourite athletes is figure-skater Yuna Kim (of South Korea), whose combination of power, technique, grace and artistry is something to behold.” 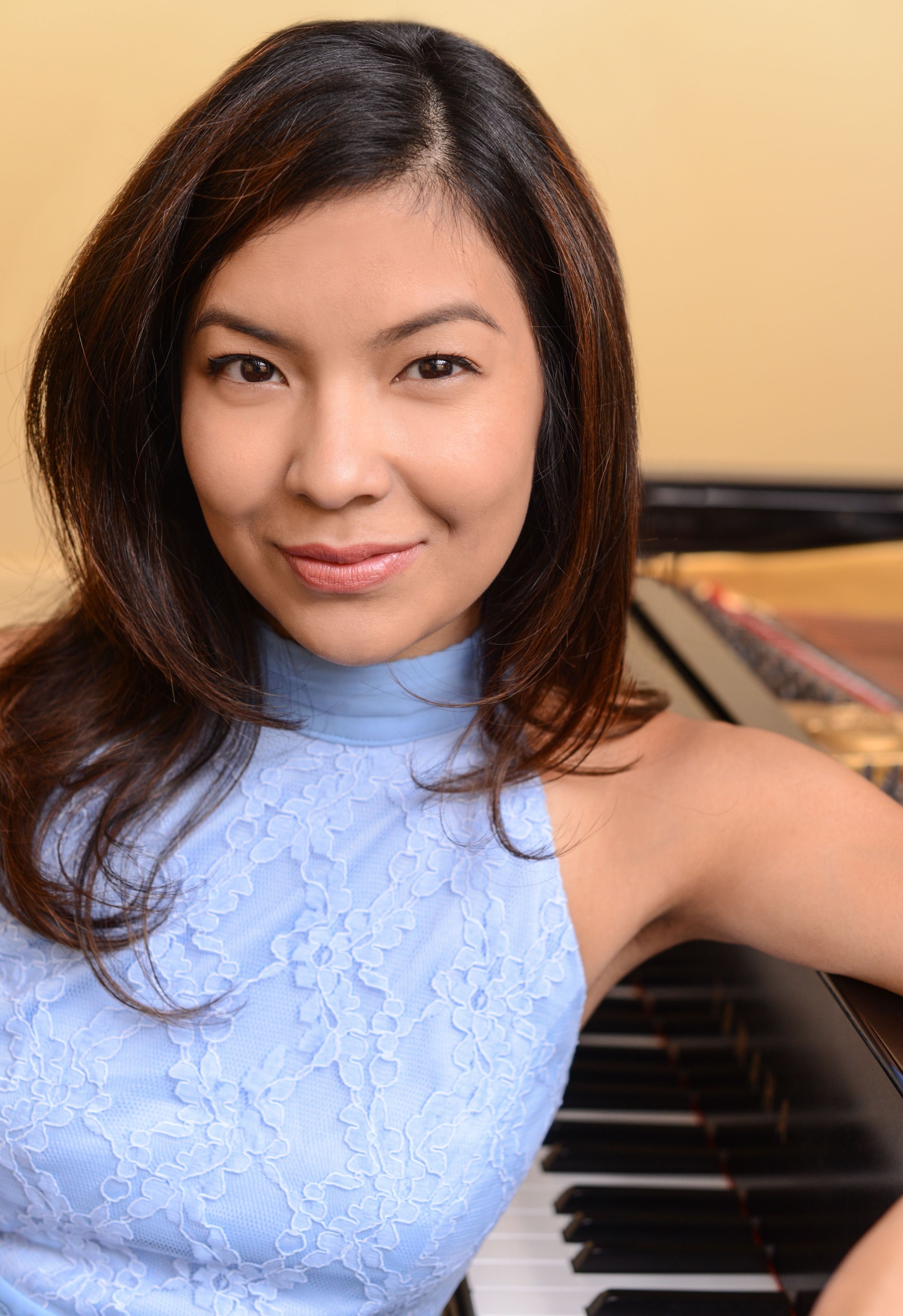 There is always room for growth, says Quah, an award-winning and highly accomplished musician.

Besides music and dance, Quah loves cooking, travelling, reading, and has a soft spot for all kinds of animals. And she always looks forward to family get-togethers.

Quah’s brother is an orthopaedic surgeon in Nottingham, Britain, while her sister, a clinical psychologist, lives in Melbourne, Australia.

“I am happiest when all of my family are in the same place at the same time. My immediate family is so spread apart around the world that this reunion happens only about once a year. I have nieces and nephews under the age of six and they grow so quickly. Reuniting is always a special time to savour!

“People often ask, ‘How much more can there be to learn about the piano?’ To an artist, the process never ends; there is always room for growth! I continue to learn from each performance, from other artistes, my mentors, colleagues, and students. It is a lifelong process, and I really could not imagine myself doing anything else.”

Music is more than a hobby for Melody Quah , it's her life