The faithful recorder: The man who founded The Malayan Law Journal

The story of the Malayan Law Journal (MLJ) is the tale of one man, really. And that man is Dr Bashir Ahmad Mallal.

He was born on Feb 26 in 1898 in picturesque Domel, in what was then part of British India and which later became Pakistan. The sun had not begun setting on the British Empire so the young Dr Bashir looked east and travelled to Singapore during World War I and settled down there.

According to the 2016 entry in Infopedia, an electronic encyclopaedia on Singapore’s history, culture, people and events, he was an eminent law scholar and benefactor of the Law Faculty in the National University of Singapore (which awarded him an honorary law degree later).

He was not formally trained in the law and did not have a university education either but he was widely acknowledged as an expert and it was common for lawyers to consult him on their cases.

It said that Dr Bashir, who joined the firm of Battenburg & Silva as a law clerk in 1918, became aware of the inadequacies of law reporting in the region.

According to the Infopedia entry, “To fill the void created by the discontinuation of the monthly Straits Law Journal And Reporter some 50 years ago, Dr Bashir conceived and founded the MLJ in 1932 and became its editor. The monthly publication reported law cases from Singapore, Malaysia and Brunei.”

Dr Bashir was not formally trained in the law and did not have a university education but was widely acknowledged as an expert – it was common for lawyers to consult him on their cases. Photo: Reproduced from the MLJ

On July 26, the launch of the third edition of The Judiciary – A Record written by former Federal Court judge Tan Sri James Foong coincided with the anniversary celebrations.

In an interview with LexisNexis managing director South-East Asia on the MLJ’s anniversary, Gaythri Raman speaks effusively of Dr Bashir and his solo effort to provide a fundamental service to the legal system in Singapore and the then Malaya.

“We were one country then (the states in the Malay peninsula and Singapore were under British rule starting from the late 18th century).

“He was a court clerk and he realised at the time that people were going to court and judges were making decisions that solved problems but no one was keeping track of them, except for the parties involved.

“So he began compiling decisions in a file.

“Then one file became two files and two became three, and then four....”

She adds that, often, he would go to the judges directly to get their decisions.

From his biography, Gaythri shares that a lot of people told him he was crazy to do it because no one would read the decision.

And succeed he did, spectacularly.

In his obituary, the MLJ praised his diligence: “Bashir Mallal was an energetic and conscientious worker. His research work never tired him. Nor did he ever complain of the tedious drudgery of correcting printer’s proofs.”

And his resolute spirit too, especially “immediately after the Second World War when he had to resume publication of this journal from scratch”.

As Gaythri notes: “We’re very fortunate here. We’ve evolved into a system where decisions are very organised and made available and accessible. But that wasn’t the case in 1932.”

When we ask what was Bashir’s inspiration, Gaythri is not certain.

“He didn’t write about himself so I can only guess at why he did it,” Gaythri ventures.

“He probably had an idea. He used to bring in the All England Law Reports and other law reports at the time and perhaps he was inspired by them.

“People already went to him because he had a bookstore in Raffles Place. I think he saw what the developed countries had and he wanted the same for Malaya.”

A few thousand lawyers join the legal profession each year. Does every new lawyer opening his or her own firm subscribe to the MLJ?

Gaythri bursts out laughing, “We wish!”

“Lawyers who do only conveyancing and no litigation don’t need to cite cases so they don’t subscribe.”

MLJ data was released in CD format starting 1997 but discontinued in 2001 when all content was moved online.

The faithful recorder: The man who founded The Malayan Law Journal 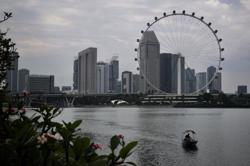 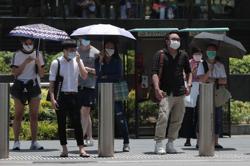