Aerial photographer Jeffry Lim is living his best life, combining his profession with his love of flying. Photo: The Star/S.S. Kanesan

A normal day at work for Jeffry Lim often involves dangling outside a helicopter on a safety harness.

Lim, you see, is a sought after aerial photographer with over 20 years of experience covering more than 40 countries.

While specialising in the oil and gas industry, capturing images of offshore drilling platforms and ships for corporate clients, he also takes aerial photos over land.

The Kuantan-born, Kuala Lumpur-based photographer spends much of his time travelling for work but he was in KL recently to launch Aspiring New Zealand, his first art photography book.

When we ask him what it’s like taking photos in such precarious positions, Lim, 38, shares some fascinating details.

When working on the photos for Aspiring New Zealand, for instance, he had to take extreme weather into account because when the airplane reached the height he required, 5,000m in the air, “the temperature outside was -31°C!”

This image from Jeffry Lim's book 'Aspiring New Zealand' is of the Stone Hut Stream basin on New Zealand's South Island; the unique colours are created naturally by minerals and the patterns change every day, 'resembling a beautiful melody'. Photo: Jeffry Lim

“I wore four layers of clothing and also had to place two heat packs close to my body to keep warm.”

This is important because he can’t afford to shiver and shake his camera or he’ll end up with blurry photos!

Even something as simple as looking through the camera’s viewfinder became difficult, as he had to wear safety goggles to protect his eyes from the strong slipstream from the aircraft’s nose when leaning far out of the open door.

Aerial photographer Jeffry Lim is living his best life, combining his profession with his love of flying. Photo: The Star/S.S. Kanesan

He is, of course, harnessed firmly to the craft’s interior; his camera is also fixed to a safety belt.

But all the safety precautions can sometimes come to naught. Like that time five years ago when he was in a small helicopter travelling from Kuala Lumpur to Johor Baru; the weather was good when they started the journey but half an hour later a thunderstorm blew up. It was dangerous to remain in the air but “we couldn’t see anything so the pilot couldn’t land for a while”.

“Finally, he managed to get down and we stayed where we were until the storm abated three hours later.”

Then there was the time four years ago when the engine of a 14-seater helicopter caught fire as it was preparing to take off from an oil drilling platform in the sea off Miri, Sarawak. Luckily, the flight was aborted safely and Lim took another helicopter to complete his project.

As a photographer in the high-risk oil and gas field, Lim explains that he must be familiar with everything that could go wrong.

“I need to know what safety precautions to take so I don’t blow up the whole platform! Or if a helicopter nose-dives into the sea, I need to know how to survive.”

Despite the risks involved, though, he loves what he does.

“My job allows me to see things people cannot see.

“I get to use all sorts of aerial vehicles, helicopters, aeroplanes, hot air balloons and paragliders – I’ve been on all of these,” he says.

Entitled 'The River Of Life', this image shows the Hapuku River, the blue line flowing into the ocean; the horizontal line cutting across it are train tracks on a bridge. The photo's title was inspired by the area's amazing variety of wildlife, including different types of birds and marine life such as whales, dolphins, and seals. Photo: Jeffry Lim

When Lim was 12 years old, a festival in Kuantan offered the once-in-a-lifetime opportunity to ride in a helicopter.

He paid RM50 for a half-hour joyride – which blew him away and made him fall in love with flying.

But flying is an expensive profession to get into, so the practical- minded boy began working as a freelance reporter for a local Chinese daily when he was 15 and still at SMK Tengku Panglima Perang Tengku Muhammad in Kuantan.

However, he swapped his pen for a camera after discovering that he could make more money from taking photographs.

“I could earn RM7 for a photograph, much better than the RM3 to RM4 I would get if I wrote a story of 100 to 200 words,” says Lim, who eventually earned a degree in marketing from the University of Hertfordshire in Britain.

Returning home to Malaysia after getting his degree, Lim set about making a career for himself, working not only at home but also regionally.

An assignment with the Petronas 4x4 Adventure Team in 2005 then had him travelling far and wide, as the teams drove through India and Europe, taking Lim along to document their experiences.

A year later, Petronas hired him to take aerial platform pictures – and finally, Lim’s love of flying and his job converged.

Malaysia has a few hundred oil and gas platforms of different designs. Lim is usually hired to photograph the platforms for insurance, marketing, and promotion purposes, and also to document the stages of building a platform with time-lapse photography.

A view of rich farmland in Kaikaoura Flat, South Island; New Zealand is justifiably famous for its produce from land and sea. Photo: Jeffry Lim

What made Lim decide to venture into artistic photography for his book after a decade spent taking utilitarian photos of platforms?

It was a dream, he tells us. Literally.

Lim dreamt the word “aspiring” but was clueless about what it symbolised at first.

Then, while he was on holiday in New Zealand with his wife and five-year-old son in 2016, he saw the word again and realised it referred to Mount Aspiring, a 3,000m peak on New Zealand’s South Island.

“I made enquiries but no pilot wanted to fly from Wanaka, the nearest town, to the peak due to bad weather. I gave up – but I was so upset. Especially because over the next few days, I kept seeing the word ‘aspiring’ again and again,” Lim says.

After five days, when the weather was a little better, Lim again called the airline. Once again, he was refused because winter weather around the peak is particularly bad. But two hours later, the pilot had a change of heart and agreed to fly Lim to Mount Aspiring.

The photographer mostly uses a helicopter for his aerial photography but for this project, he used a fixed wing plane.

The flight from Wanaka Airport to Mount Aspiring took one-and-a-half hours – and sure enough, just as everyone said, the weather was bad, with the aircraft experiencing bad turbulence.

When Mount Aspiring finally appeared, there was a heavy mist covering the peak and barely any sun. The aeroplane circled the mountain twice, and still Lim could not see the mountain clearly.

“I started praying for good weather. And just as we were about to go back, the mist moved away and sunlight came through. I quickly took some snapshots,” Lim says, adding that this shoot was “a highly challenging feat” because of the constant turbulence as well as those -31°C temperatures that sapped his focus quickly.

Lim has said in previous interviews that he feels a special connection to New Zealand and Aspiring New Zealand captures that feeling with unique photos of the country’s rugged, spectacular and very diverse landscapes, some of which have rarely been sighted by human eyes.

This photo was taken in Oaro, Canterbury, from a coastal railway track. It's a view of the ocean captured seconds before the sun set in winter. Lim calls the hues 'the beauty of heaven'. Photo: Jeffry Lim

The series won the International Photography Award 2016 in the category of fine art, landscapes and aerial shoots; Lim was also a Travel Photographer of the Year finalist in the sea, land, and sky category.

Partial proceeds from sales of the book will be donated to two animal adoption programmes. Supported by the New Zealand High Commission in KL, Lim will pledge 8% of total sales to adopt a Malayan tapir at Zoo Taiping in Perak and sponsor a blue penguin at the Blue Penguin Colony in Oamaru, New Zealand.

His works have been shown on the National Geographic and Discovery channels and published in the renowned National Geographic Traveler magazine as well as sold to news wire services such as the Associated Press. Lim has also won more than 20 awards and held over 10 exhibitions.

So, with all this under his belt, where on earth would he choose for his ultimate photography assignment, we ask.

“I would like to photograph the place from a helicopter. It is a place for which it is very difficult to make logistic arrangements, and not many people have been there.”

Running a close second in his heart is his tanah air: “I hope to be given an opportunity to do an aerial project in Malaysia as my next project. It was my dream when I was very young and I hope to fulfil it one day!” 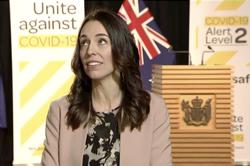