Congratulations to Siti Saleha who is getting married on July 28. Photo: The Star/Rohaizat Md Darus

For any local female celebrity who is going to get married, the typical questions asked by the media would be about cooking for her husband-to-be, honeymoon plans and well ... what the future holds in terms of career.

If any of these questions strike you as overwhelming for a bride-to-be, then actress Siti Saleha must have the world’s best poker face as she showed no signs of pre-wedding jitters.

Then again, she credited her calm facade to something else.

“This is why I have beautiful makeup on today. Otherwise, you can tell how stressed I am!” she said during a recent interview in Kuala Lumpur.

So, will she be more active in the kitchen after marriage? Why, yes and she is even getting recipes from fiance Lutfi Azhar’s mother.

“I have learned how to make ayam masak semur, a Jawa-style dish,” she offered.

Siti, 27, even prepared the dish for host Sheila Rusly when she appeared on celebrity cooking show Ketuk Ketuk Ramadan recently.

You have to give the English-Malay beauty some brownie points for choosing to prepare a dish that is significant to her future husband’s family.

“I don’t want to embarrass myself. You can’t go into a cooking show without knowing how to make something,” she shared.

Her idea of a wedding ceremony is to have fun, and she also hopes it will be a comfortable affair for everyone attending it.

“I’m not expecting a wedding-of-the-year type of an event. I don’t want that label. I try to keep it low-key. I just want it to run smoothly,” she said.

Siti first met 31-year-old Lutfi, who works as a Government officer, through a mutual friend at a birthday party three years ago.

“After that initial meeting, we never spoke to each other. But I have a friend who would always tell me that Lutfi sent his regards. I was like ‘Who?’ because I can’t recall who he was referring to.

“Then at another birthday party, Lutfi came up to say hi and we started talking for a while,” she said. “I don’t know how, but since then we just sangkut (got stuck to each other) ... like that lah!”

The pair is set to wed on July 28, and a reception will take place on July 29. As for life after marriage, Siti said that Lutfi is supportive of her acting career and is happy to to see her continue to be actively involved the entertainment industry.

“I’m currently mulling over a few drama offers,” she let on.

Lutfi proposed to Siti while they were on holiday in Mexico last year.

Does she plan to make another trip for their honeymoon?

“We haven’t discussed honeymoon plans. In this day and age, I’m going on a honeymoon at a later date.” 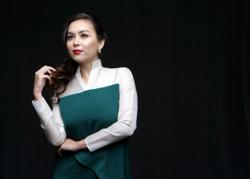 Tropical storm Cristobal strengthens as it moves towards Mexico - NHC