Say it on your T-shirt

The messages are strong and sometimes funny. One is feisty, another is in French. But always, they’re wearable.

“Feminism: Back by popular demand”

The feminist T-shirt is having a moment. Fueled by people who want to express their support for women’s rights at marches – but also at work, out for dinner, on Instagram – the shirts are growing in popularity and power.

US artists and designers based in the state of Minnesota are creating some of the more popular designs, using the T-shirts to raise money for nonprofits focused on women’s health and equality. They’re also gathering around the messages, hosting printing workshops and discussions.

“I think this activism zeitgeist just overlapped with a renewed interest in graphic tees as a medium for artists and designers,” said designer Maddy Nye. “Of course it’s only a T-shirt, but it’s contributing to a larger paradigm shift in awareness and action.”

Protest art and imagery hangs from the walls of Nye’s sunny home studio. For her “Matriarch” shirt, Nye used a bulbous typeface that “had its heyday during the environmental and women’s movements in the 1970s,” she said, “but I like to use it in a contemporary context.”

So with just one word, the design asks questions about what’s changed since then – and what hasn’t. Some people have bought Nye’s tees for their mothers, women who fought earlier battles.

Angie Toner is “not shy” about being a feminist. But working in the beauty industry a few years back, she had conversation after conversation with women who eschewed that label.

It got her thinking about the backlash against the word, the movement. Then she came across a photograph of a woman holding a sign: “Feminism: Back by popular demand.”

“I need a sign like that,” she decided, if only to hang on her wall. Toner asked local sign painter Phil Vandervaart to draw the design. The drawing was so great,” she said, “that I was like, you know what? I’d like to move this around.”

So she printed it onto T-shirts and bags and put them on Etsy (online shopping) in 2015: “A Grassroots Feminist Fashion Action”, she calls it.

Orders poured in. Since then, Toner has tried to quit the project a few times, to move on to new things. “But I’ve kept it going because anytime I try to let it fade out, someone will reach out,” she said.

The image came to Crystal Quinn one night as she was falling asleep.The artist had been reading The Dispossessed, a 1974 science-fiction novel by Ursula Le Guin, turning over one of its ideas in her head: Because our culture is a patriarchy, run by men, then the opposition, inherently, must be female.

That night, the idea merged with a classic protest sign: the abortion-rights slogan “Keep Abortion Legal”, in bold typeface, within a circle.

“I just put those two together in a very natural way,” said Quinn.

She got out of bed and started drawing. The result: “Anarchy is female”, in 1970s script, pushing up against the black circle containing it.

“Putting it on T-shirts was the first thought I had,” said Quinn, partly because she appreciates how, like those sold at concerts, they reference a specific moment. The design has since landed on mugs, buttons and, as women marched after the election, protest signs.

“When I came up with the design, it had nothing to do with politics, at all, or Hillary Clinton,” said Quinn.

But she has loved seeing how and where it’s popped up – the conversations it has started. “People have used it in so many different ways,” she said, “and it’s all correct.”

For Chelsea Brink, the donations made the difference. The freelance designer and art director had supplied the hand-lettering – “a fancier version of my own handwriting” – for a “She persisted” tattoo party that accidentally went public, then viral.

“I have mixed feelings about the whole T-shirt-message culture,” she said. “What are we really doing here and what kind of difference are we actually making?”

But the ability to donate convinced her. Profits from her “She persisted” shirt have gone to the Malala Fund, She Should Run and the National Women’s Law Center.

Brink chose organisations focused on equality but that aren’t aligned with a particular political party, she said: “I wanted it to be as inclusive as possible.”

In the end, Brink has appreciated that a little lettering has caused people to think about big issues: tolerance, inclusion, equality.

“If one person sees it and is affected by it,” she said, “that makes a huge difference to me.” – Star Tribune (Minneapolis)/ Tribune News Service/Jenna Ross

*This story has been edited for length and clarity.

Say it on your T-shirt 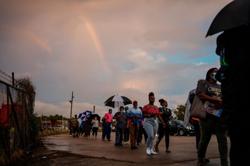 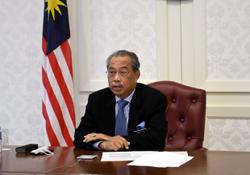