Hallyu star Kim Jae-joong back on a high note

South Korean singer and actor Kim Jaejoong during his fan meeting which saw 2000 fans in attendance.DO NOT REUSE

You know you’re on another level altogether when tickets to your concert sell out within a minute of their release (and when it was announced only two days before), and you’ve been on military hiatus for almost two years. That’s what fans call the “Jaejoong effect”.

So what exactly makes South Korean singer and actor Kim Jae-joong so special in his fans' eyes? When you look at Jaejoong (which is what he is popularly known as), you might automatically say it’s his looks. Not for nothing is he known as the visual shock or the "original K-pop visual". But to focus solely on his extraordinary looks would be a disservice to this hardworking and talented star.

His soaring vocals and ability to make you feel the emotion of a song – even if you have no idea what he’s singing – is testament to his skills. You literally get swept away in the song with him. Match that with his charismatic stage presence, his charm and personality, and you have all the qualities of a superstar that has gone beyond being an idol singer. What can’t he do? He sings, acts, composes, arranges and has even directed a concert while performing in it!

Jaejoong after his discharge from the military on Dec 30, 2016. Five hundred fans were on hand to welcome him.

The enterprising star who enlisted on March 31, 2015 was discharged from the 55th Infantry Division in Gyeonggi Province on Dec 30, 2016. Looking like he was about to do a military photo shoot, Jaejoong received a warm welcome from 500 local and international fans who had waited in the freezing weather for him.

For fans, it was a long awaited moment and Jaejoong almost immediately went back to “work” the next day by appearing on V Live (a live streaming app where he spoke and answered questions from the fans), before proceeding to a fan meeting.

The fan meeting (which ran for four hours!) saw 2,000 international and local fans turn up to see him where he signed for 200 lucky fans.

Jaejoong made his debut in 2003 as a member in the original TVXQ! group. However, in 2009, Jaejoong and two other members, Kim Jun-su and Park Yoo-chun filed a lawsuit against their then agency, SM Entertainment. They went on to form the group JYJ and though they won their lawsuit, the trio has been blocked from Korean broadcast ever since.

This had led to them branching out in other activities as solo performers and actors. While JYJ has a huge international fanbase, they are also successful in their individual fields. In fact, the block has only led to fans being even more determined to show their support, snapping up albums, concert tickets and anything to do with the trio, be it as a group or as solo performers.

Jaejoong at his fan meeting the day after his discharge from military service.

On the solo front, Jaejoong’s first mini album I in 2013 started off what would soon become an established solo career. This was followed by a full length studio album, WWW also in the same year and his current album No.X last year. To date, he has sold over half a million albums as a solo singer.

His second full album No.X – which was released Feb 12, last year – was recorded before he entered the military and he also filmed a hologram concert of songs from this album. The 2016 Kim Jaejoong 2nd Album Hologram Real Live Concert in Japan in February last year saw 15,000 fans despite him not being there in person.

The album which was recorded as a gift to his fans sold 85,499 copies (93,090 cumulatively) putting him as No.10 in the Top Ten albums on the Gaon charts for the first half of 2016. (Gaon Album Chart is a Korean national chart that ranks the best-selling albums, including mini-albums and singles released in South Korea, provided by the Korea Music Content Industry Association).

The album topped the iTunes charts in 16 countries as well as domestic charts. It went to No.1 in the Hanteo Monthly Album Chart (February) and No.3 on the Billboard World Album chart (March 5). The song Love You More from No.X also ranked second place on KBS Music Bank the week of its release.

It should be noted that this is a particularly impressive feat as Jaejoong was on hiatus when it released and unable to promote. If JYJ’s music style is more towards R&B, Jaejoong’s solo albums leaned towards rock, though No.X has more pop music influences.

With sold out concerts and high sales, the 30-year-old is currently the No.2 top selling solo artist in South Korea according to Gaon charts.

He’s also an accomplished songwriter and composer – he’s done music for his past & present groups’ albums, OST’s for dramas, his solo albums and other performers’ songs including his own group members.

He’s even been executive director (while also performing) for JYJ’s 2011 worldwide tour and director in the 2011 Whisen Rhythmic All Stars.

During his service, he was also in his division’s military band, delighting fans who got a chance to see him perform at military performances. He also received the excellence award upon graduation from military training and was the only Special Class Soldier in his unit.

Lets not forget he also has his own cafe, Jholic.

And as someone with a keen sense of fashion, he’s also the art director of fashion brand, Moldir, which has been seen on several K-pop and K-drama stars like Kim Hee-chul (Super Junior), BTS, Yeo Jin-goo, Bang Min-ah (Girls Day) and Jeon So-mi (I.O.I).

Favouring the colour black, he is also known as one of the most stylish stars, with his airport fashion always being on point.

One of things Jaejoong is known for is exceptional fan service; as who holds a fan meeting immediately after coming out from military?

He’s also got a strong social media presence, keeping his fans updated via personal Twitter and Instagram accounts with fans greatly missing his selfies and quirky and inspirational quotes while on hiatus. He’s already back on social media, as he’s promised to keep his fans posted on his daily life.

Currently, his album No.X is in the running for the 2017 Golden Disc Awards in the album of the year category where he’s up against popular K-pop groups, so don’t forget to vote as voting only ends Jan 12.

And if you can’t wait to meet Jaejoong and listen to him perform his latest album live, he’ll be kicking off his concert tour starting with The 2017 Kim Jaejoong Asia Tour In Seoul, also known as The Rebirth Of J, on Jan 21-22. Tickets to the Seoul concerts are sold out, but you can try your luck with his concerts in Japan next month.

If Jaejoong had any doubts on maintaining his popularity after military service, he can rest assured that his fans are here to stay.

Hallyu star Kim Jae-joong back on a high note 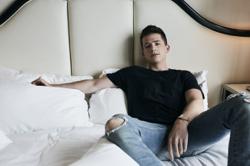 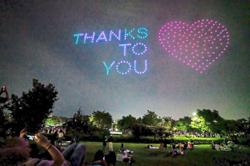 Drones light up sky to remind and be thankful