Invasion of Malaya: First shot in the Pacific war

Thanks in large part to Hollywood’s pervasive influence, most of the world sees the Dec 8, 1941, bombing of Pearl Harbor in the United States as the start of hostilities in the Pacific during World War II. Often overlooked is the fact that more than a hour before the first fighter plane appeared over American soil, the Japanese had boots on the ground at a beach in Kota Baru – the start of the war in this part of the world began 75 years ago today on Malayan shores, not American.

“Our posts at Kota Baru fought with the greatest bravery until overrun by the enemy.... We pinned the enemy that day, but it was impossible to throw him out.”

This account by British Indian Army officer Berthold Wells “Billy” Key (1895-1986) of what transpired when the Japanese Army landed on that beach made its rounds in the region’s newspapers in the weeks following the invasion.

Key, at that time a brigadier, commanded the 8th Indian Infantry Brigade, which was stationed at Kota Baru that night when heavy rain swept across the sea and the wind blew strong, helping to hide the Japanese ships approaching Malaya’s east coast. Key’s contingent was the first British troops in World War II to face the Japanese.

According to military records, the Japanese had been at sea for almost four days, after leaving Samah Harbour on Hainan Island on the morning of Dec 4, 1941. Led by Major General Hiroshi Takumi, the Takumi Detachment – of the 18th Division of the Japanese 25th Army – had its sights set on capturing British airfields at Kota Baru, Machang and Gong Kedak in Kelantan.

Explaining Malaya’s involvement in the war, Malaya Historical Group researcher Zafrani Arifin says, “The role of Malaya in the war before Japan came in had been mainly as producer of tin and rubber rather than a potential battlefield.

“Japan is a small country without natural resources, so when the Western powers placed economic embargoes on it by halting supplies of oil, iron ore and steel from reaching the country, the action was viewed by the Japanese as tantamount to a declaration of war against them.”

The main obstacles to getting these resources from Western colonies in Asia were the British and US navies, based in Singapore and Pearl Harbor respectively.

“Thus the main objectives were to destroy Pearl Harbor and occupy Singapore. This was why the Japanese invaded Malaya,” explains Zafrani.

The British troops in “Fortress Singapore” (as it was nicknamed before the invasion) famously had their defences facing out to sea. So the Japanese started their invasion via land instead, attacking Malaya’s north and east – at Jitra, Kedah, and in Kota Baru – and advancing southward on bicycles and in light tanks.

The 25th Army, considered to be among the best in the Japanese Army, was under the command of Lieutenant General Tomoyuki Yama-shita. They were extensively trained in jungle warfare and amphibious landings, among other things, and were well-prepared for their invasion of Malaya.

“Having fought in China, the Japanese forces were superior in coordination, tactics and experience. Three divisions under the 25th Army took up three key positions for their invasion of Malaya: at Kota Baru, and Pattani and Singgora (aka Songkhla) in Thailand,” explains Shaharom Ahmad, another Malaya Historical Group researcher.

The British troops did not stand a chance against the Japanese.

“When the Japanese descended upon Kota Baru just after midnight on Dec 8, the British position on the beach was strong, with pillbox concrete bunkers located every 100m along the shore that were each manned by eight to 10 men. Between the pillboxes were machine gun posts. Further out, barbed wire fences 2m in height and multiple land mines lay buried in the sand,” Zafrani describes.

Most accounts report that the invasion – which took place a little more than an hour (differing reports put it at 70 minutes and 90 minutes) before the air raid on Pearl Harbor – went smoothly, despite the Japanese having to contend with choppy waters and 2m-high waves.

“Seeing ships offshore, the Indian soldiers reported this to their commander and told the local villagers to run away because the Japanese would come shooting. Many villagers did not believe it, and thought this was just a military training,” he adds.

The 8th Indian Infantry Brigade troops stationed on the sandy beaches among the coconut groves, were sorely outnumbered. Nevertheless, the casualty count on both sides ran high as the waters ran red.

Many of the first wave of Japanese troops were killed or wounded.

“They threw themselves over the barbed wire fences or onto land mines, dying to provide safe passage for the following wave to advance,” says Shaharom. He adds that the Japanese also outflanked the British troops and attacked from the rear, effectively trapping soldiers who were in pillboxes and along defence lines located on segments of land surrounded by rivers.

The British anti-aircraft guns that defended Kota Baru airfield just after they had been captured by the Japanese. Photo: Military History Of Japan Vol. 7

Heavy hand-to-hand combat ensued, and within the hour the Japanese had managed to capture all the pillboxes on this beach front.

“The Japanese knew the terrain well due to their spy networks. They knew the exact location of the defence lines and the strength and disposition of British troops,” Shaharom says.

Thanks to their intelligence operations, they had good maps of Malaya and even had local guides.

“Some villagers were surprised to see the Japanese who had visited previously as travelling food sellers turn up in military uniform,” says Zafrani.

In his accounts, Brigadier Key related that the beach lookout posts reported ships offshore about an hour before midnight: “One Indian officer said the Japanese landed 60 barges drawn by motor boats. Each motor boat carried an anti-aircraft gun, and each barge held 60 men, making a total landing force of 3,600. I am inclined to think that may have been an exaggeration,” he observes.

“My men fought with bravery until they were killed or ammunition ran out. I sent reinforcements to restore the pill boxes at the river mouth ... but could not so do effectively.... The Japanese always had local numeral superiority,” Key reportedly said.

“Most people forget that he was the first Allied commander to fight a land battle against the Japanese, even before the more famous American general, Douglas MacArthur, in the Philippines,” offers Zafrani.

The British were aware that a Japanese invasion of the east coast or northern Malaya was imminent – “But they did not place enough troops to protect the peninsula,” says Shaharom.

Brigadier Key only had four battalions to protect Kelantan’s coastline.

“Without adequate army units, the British strategy depended mainly on the air force. However, the British had mostly obsolete warplanes and many were destroyed after heavy Japanese air raids on the British airfields in northern Malaya,” says Zafrani.

“The British underestimated the Japanese tactics and war strategy. With a shortage of supplies, men, and machinery, they were no match for the light, fast and experienced Japanese troops,” Shaharom says.

The main objective of the British troops was defending the airfields, so once most of them had been destroyed, “many British troops then retreated to Singapore, defended by large guns that gave them a false sense of security,” says Zafrani.

From the initial attack on the Kota Baru beach, Japanese troops moved forward to capture the Kota Baru airfield, located roughly 6km inland, then moved swiftly down the Malayan peninsula to Singapore on bicycles – the famous “bicycle blitzkrieg” – confiscated from civilians. Carried on their shoulders to cross rivers and other obstacles, the bicycles provided them with great mobility.

“The British army tactic was to have sappers demolish most of the road and railway bridges to slow down the Japanese. But the Japanese simply infiltrated the jungles in small units behind British lines, hiding until their numbers were big enough to launch a rear attack.

“Frontal assaults were avoided. They lived off the land, with their main diet being rice, which they commandeered from the local population,” says Zafrani.

The Japanese 5th Division crossed the northern Malaya-Thai border from Pattani on Dec 10, attacked British defences at Jitra, Kedah (which was defended by the 11th Indian Infantry Division), captured the RAF airfield at Alor Setar, and made its way down the west coast.

After the destruction of the Prince Of Wales and Repulse off Kuantan on Dec 10, the Japanese commanded the sea. Then, on Feb 7, 1942, the Japanese Army invaded Singapore. In less than two months, the Japanese had won.

“It is estimated that nearly 130,000 British troops had been captured and 8,700 men were killed or wounded throughout the entire 70-day campaign in Malaya and Singapore, while Japanese losses during this period amounted to around 10,000 battle casualties,” says Shaharom.

It was the worst defeat and largest capitulation in British military history.

“The British had a top-secret plan of preventive action, known as ‘Operation Matador’, which was never put into operation,” points out Zafrani.

The plan was if an enemy invaded or was invited into Thailand, British troops would rush to Songkhla and defend it against a seaborne attack. On Dec 5, two days before Japan began the Pacific war and the Japanese convoy was still sailing at sea, the Commander-in-Chief of the British Far East Command, Air Chief Sir Robert Brooke-Popham, was given a measure of discretion from London to decide if Operation Matador should be activated.

“It was a heavy responsibility because it involved the violation of the neutrality of Thailand and meant war with Japan. So Sir Brooke-Popham played safe and held his hand. It is interesting speculating what effect Operation Matador would have if it had been carried out before the Japanese attack,” muses Zafrani.

The Malaya Historical Group and Fan Club of Military History will hold a brief ceremony in conjunction with the 75th anniversary of the Japanese Army landing in Kelantan. The event will be held at Pulau Kundor where a British pill box will be converted into a mini museum and refurbished to resemble its 1941 appearance, with trenches and barbed wire fences. The public is invited to visit on Dec 11-12. For more information, e-mail malayahg@gmail.com.

The Last Survivors: Omar SenikOmar Senik was on Sabak Beach the day Japanese troops arrived in Malaya, marking the start of World War II in Asia. R.AGE brings him back to the beach to hear this story. rage.com.my/lastsurvivors-omar

THE LAST SURVIVORS is a R.AGE interactive documentary project featuring the stories of Malaysia's #WWII survivors, to commemorate the 70th anniversary of Japan's final surrender in Kuala Lumpur, on Feb 22, 1946. Find out more at http://rage.com.my/lastsurvivors.

* If you know any World War II survivors who have great stories to share, leave us a comment! We'd love to feature them in our website or one of our videos.

Invasion of Malaya: First shot in the Pacific war 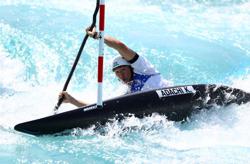 All in the family: Eight siblings set record with Everest summits
Olympic volunteers strive to share their stories of the 3/11 Fukushima nuclear disaster
Why Greek traditional wooden boatbuilders are facing a dying craft
Fancy having Spider-Man deliver satay to your doorstep?
These Malaysian ladies met 40 years ago and have been friends ever since
#Star50: Star Golden Hearts Award winner is changing lives with 3D-printed prosthetics
How Malaysian Nur Liyana became the first female stylist of a New York-based menswear brand
9-year-old Malaysian Down Syndrome artist raises RM80,000 to help kids in need of surgery
This multiple sclerosis patient hasn't let her condition defeat her Premium
This Malaysian female engineer is wired to fix and install electrical appliances