Jo Kukathas: 'Everyone assumed I’d be a journalist like my dad'

‘A lot of people are doing political comedy in KL, so I feel that need is being met. Before, we (Instant Cafe Theatre) did it because no one else was doing it. There are so many great satirical websites in KL now. I don’t feel the compulsion I once felt to do it,’ says Jo Kukathas, who is focusing on other genres in theatre. — Faizal Mustafa

Jo Kukathas has her hands around a steaming mug of green tea, trying her hardest not to cough. The flu-ridden actress-director, 52, has just touched down in Singapore for the opening of the Wild Rice theatre production, Another Country, which she is co-directing with Ivan Heng, one of Singapore's foremost theatre directors and founder of Wild Rice.

“Is that for me?” she croaks, a lime green scarf thrown around her neck, as she gladly accepts a lozenge. However, once she gets into the groove of answering questions, she transforms. She is lively, animated, speaking rapidly and at length about her life in the theatre.

In Malaysia, she is referred to reverently in the ranks of “theatre royalty”. She is the co-founder of Instant Cafe Theatre, a 26-year-old institution built on its uncanny political satire and biting comedy. The plays she has helped develop under her writing programme Firstworks have sent ripples through the community, including Alfian Sa’at’s Parah/Pariah (2011) and Shanon Shah’s Air Con (2009).

Before she took the theatre world by storm, however, she led a nomadic life across the globe. On her permanent return to Malaysia years later, she says she felt like a complete “misfit”.

The fifth of six children, she was born in Kuala Lumpur, the daughter of the late journalist K. Das, former bureau chief of the Far Eastern Economic Review and a prominent political writer and journalist in the country. Her late father influenced her deeply and she refers to him often in the interview, delighting in telling stories about his life.

“We couldn’t go to the supermarket without someone stopping him in the aisle and asking him political questions,” she says. Her mother, a teacher, had attended university in Singapore.

When she was about seven, her father joined the Malaysian foreign service as an information attache and moved the entire family to Canberra, Australia. After a few years, they relocated to Hong Kong. It was there that she, her five siblings and her cousins began to create performances for the family. They would often style their performances as variety shows, incorporating segments such as Jokes By Jo, where she would perform her own brand of comedy.

The family was about to resettle in Malaysia in the 1970s when the language of instruction in local schools changed from English to Malay, as dictated by national policy. The children, who had been in various international schools, spoke little to no Malay. Their father felt strongly that the children should not go to an international school at home, not wanting them “to feel like a foreigner in your own country”. So he sent them to a boarding school in Ooty, India, in the Nilgiri hills of the south.

Kukathas says the experience was “quite Dickensian”, where one could take hot-bucket baths only twice a week. She would often “have other people’s baths for them”, taking hot water from classmates who did not want to bathe. After graduating, she went to the University of Reading in Britain, where she studied politics and philosophy.

When she returned to Malaysia for good in the 1980s, she was not sure what to do.

“Everyone assumed I’d be a journalist like my dad,” she says, and he encouraged her to. She went for an interview with a newspaper. They handed her a stack of court transcripts in Malay and tasked her with writing an article about them. She could not do it and left. (She now speaks Malay well.)

So she did other jobs, including proofreading her father’s best-selling book, The Musa Dilemma, a critique of Malaysian politics. She took on a job as an English and literature teacher later on – and then she found theatre.

She mustered enough courage to go for an audition with Malaysian theatre group Kami, which was putting on a parody of middle-class life in the country. She says, creasing into a smile: “When I met people in the theatre, I thought, ah, okay, this is where all the misfits go.”

While she did not land a part in the play, the director asked her if she still wanted to be involved in some way.

“My first job was to get to the rehearsal space early, open all the windows, kill all the mosquitoes and set up the place for the actors,” she beams. She joined the cast for warm-ups and rehearsals and even learnt their lines.

In a twist of fate, however, one of the cast members dropped out and she stepped in. The show was Caught In The Middle, which travelled to Singapore for the 1988 Singapore Arts Festival. Because it was a devised work, created collectively with the cast, she ended up contributing lines and even scenes to the play.

It was through the play that she met Malaysian funnyman Jit Murad. Both of them went for an audition for Romeo & Juliet directed by then stockbroker Andrew Leci, who is now a sports presenter. Actor Zahim Albakri was there too. This was the quartet who would go on to found Instant Cafe Theatre.

They had wanted to create a theatrical comic revue in the vein of British TV sketch shows Monty Python’s Flying Circus and Not The Nine O’Clock News. The group was also heavily affected by Operation Lalang in 1987. Because of their political slant, Kukathas had no illusions about how long the group would last.

NEXT PAGE: Read about Jo Kukathas' journey from being an actor to director, and how she's winning over Singaporean audiences.

Jo Kukathas: 'Everyone assumed I’d be a journalist like my dad' 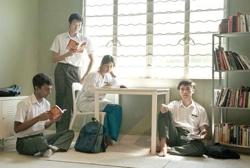 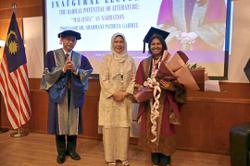