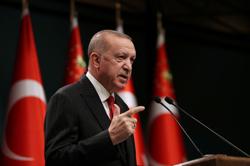 FOR USE AS DESIRED In this image released by Fox Searchlight pictures, Dev Patel, left, and Anil Kapoor are shown in a scene from Slumdog Millionaire. The film was nominated for an Academy Award for best picture, Thursday, Jan. 22, 2009. The 81st Oscars will be presented Feb. 22 in a ceremony airing on ABC from Hollywoods Kodak Theatre. (AP Photo/Fox Searchlight, Ishika Mohan) NO SALES Local Caption Slumdog Millionaire ... a misfortunate choice for Best Picture Oscar

If you were a Bollywood fan during the late 1980s to the 1990s, you’d be no stranger to the name Anil Kapoor. From Mr India to Tezaab to Ram Lakhan to 1942: A Love Story, Anil was such a ubiquitous leading man of his time that he is often identified as the face of Bollywood cinema at that time, paving the way for the era of indomitable Khans – Shah Rukh, Salman and Aamir.

Known for his rakish good looks and affable onscreen personality, he is one of those that have successfully parlayed their hearthrob status into not just commercial success, but also critical acclaim, both in Hindi cinema as well as internationally – he holds five Filmfare Awards, a National Film Award, and even a Screen Actors Guild Award for Best Cast (in Slumdog Millionaire).

Among his most famous roles are the cult classic fantasy superhero movie Mr India (directed by Shekhar Kapur), Virasat (where he takes on down-to-earth rural theme), the runaway hit Taal and the patriotic thriller Pukar (which bagged him the National Film Award).

In Kuala Lumpur recently to announce that the International Indian Film Academy (IIFA) Weekend will be hosted here this year, the 59-year-old Anil is as captivating as ever, all smiles as he gamely poses for selfies with fans.

“Come, let’s talk, let’s chat,” he beckons, as I approach him for our interview. In person, nattily dressed in a brown blazer and navy blue vest, he seems about as far away from the love-to-hate-him characters he’s played in Hollywood productions in recent years – the sinister game show host in Slumdog Millionaire, the sleazy billionaire in Mission Impossible: Ghost Protocol – as you can get.

In fact, as he playfully holds my own microphone up to me as I try to ask him a question, it is easy to see the effortless charm that captured thousands of hearts from screens across the world.

With over three decades of acting experience behind him, I ask, what are the challenges of the Bollywood film industry today?

“There are no challenges!” he replies. “You just have fun and enjoy. You see, I feel that any work that anyone does in any field, if you enjoy it, it will be reflected (in the outcome).

“We all enjoy being successful, and I think God has been very kind (to me), but despite being a tough profession, there must be something about it you love and enjoy. Otherwise, you can’t do it, you get bored.”

Certainly, the last few years have been both busy and fruitful for Anil. Besides venturing into Hollywood on the silver screen, he also made his mark on American television in 2010 by taking on a recurring role in the hit series 24.

This led to him remaking the show for India as 24: India last year, where he took on the role of the central character (popularised by Kiefer Sutherland in the original).

He hints that he’s got another project in Hollywood coming up soon. “I’ll be doing something very soon, I’m flying to Los Angeles later this month for something very interesting,” he says, refusing though, to reveal what this may be.

Runs in the family

He has, however, also been busy on the homefront, with two releases already slated for this year: the multi-starrer Dil Dhadakne Do and Welcome Back, a sequel to his 2007 comedy Welcome.

Dil Dhadakne Do, directed by Zoya Akhtar and also starring Priyanka Chopra, Farhan Akhtar, Ranveer Singh and Anushka Sharma, will have its gala premiere in Kuala Lumpur during the IIFA Weekend.

Anil says describes it as a fun-filled movie that is nevertheless very real.

“It’s about a family that goes on a cruise and has a blast. There’s a lot of fun, a lot of music, a lot of dance, and a lot of dramatic, emotional scenes. It’s going to be an experience!” he says.

While he keeps mum on the details of his character, sneak peeks of the film depict him playing the family patriarch with a suave new salt-and-pepper look – a role he shouldn’t have a problem warming up to given that he is the proud father of three, who are all involved in the Bollywood industry in one way or another.

His eldest, Sonam, 29, has already made a name for herself as an actress with films like I Hate Luv Storys, Raanjhanaa and Khoobsurat, while her sister Rhea, 28, is a producer (she produced Khoobsurat). Anil’s son Harshvardhan, 24, meanwhile, is set to make his debut as an actor.

Anil says that he was pleasantly surprised when he realised all of his children were also interested in his field.

“Nobody can learn acting, it’s something they just know on their own. I’m as surprised as anyone that they are as passionate about films and showbusiness and cinema as I am.” But in true proud papa style, he shares that one of his favourite Bollywood films of late was Khoobsurat: “Not because it was produced by Rhea (or starring Sonam), but because I really really liked the film!”

Asked about his return to KL in June for the IIFA Weekend, Anil says the similarities in culture between Malaysia and India made it feel like home.

“Both our cultures and value systems are similar, and there are lots of Indians here. There are also lots of Malaysians who are more Indian than us Indians, and we love them! Anyone who loves Indian films, we love them,” he says.

The IIFA Weekend, held in a different city each year, is built around the IIFA Awards, where members of the Bollywood film industry are honoured for their work.

This will be the 16th edition of the awards, and the second time it is being held in Malaysia; Genting Highlands played host in 2002.

Besides the awards, the IIFA Weekend will also include a trade and business expo, a gala film screening, a fashion event, a song-and-dance extravaganza and a music workshop.

And Anil promises that his fans will walk away with a smile from the event.

“Whatever you ask me to do, I’ll do! I’m an entertainer and I love entertaining people. If I can get a smile on someone’s face, I’m happy.”

The IIFA Weekend will take place from June 5 to 7, with the awards being held in Stadium Putra Bukit Jalil, Kuala Lumpur. 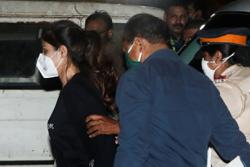