Chou married his 21-year-old Australian-Taiwanese girlfriend Quinlivan at a Selby Abbey church in the United Kingdom.

What can Hannah Quinlivan expect from married life? Household chores are on top of the list.

THE fairy-tale wedding at Selby Abbey, in Selby, North Yorkshire, northern England, has ended. The fondant-covered cake and frosted cookies – some decorated with Jay Chou and his bride Hannah Quinlivan’s silhouettes and others with the couple’s initials – have been munched on by guests at an English afternoon tea.

The fireworks, which were let off into a lakeside sky at the couple’s wedding bash at Castle Howard near York, North Yorkshire, have long cooled.

And soon enough, Taiwanese-Australian model Quinlivan, 21, will return to Taipei as Mrs Jay Chou and come back down to earth in her new roles as a wife and a daughter-in-law.

For starters, she might have to help her mother-in-law, who does not have a maid, with household chores in the family’s luxury home, says Taiwan’s Next Magazine.

Taiwanese pop king Chou, 36, famously wrote Listen To Mama, a 2006 song about how he owes his success to his mother’s insistence, when he was a schoolboy, that he had to keep up piano practice.

In interviews in recent months – before the wedding on Jan 17 – he said he and Quinlivan would live with his mother, art teacher Yeh Hui Mei, who is divorced from his father, science teacher Chou Yao Chung.

In the report in Next Magazine recently, Yeh was called a capable woman by her neighbours.

Even though her son has a reported net worth of NT$5bil (RM575mil) and she holds the purse strings in the family – he has said he does not use credit and debit cards and gets money from her when he needs to use it – she has never been known to employ domestic workers.

Because she wishes to protect her superstar son’s privacy, she still shops for groceries, cooks for him and cleans the house by herself, said the report.

But now, she can teach her daughter-in-law to do some of her chores, and she has somebody to keep her company and go to church with her when her son is away. 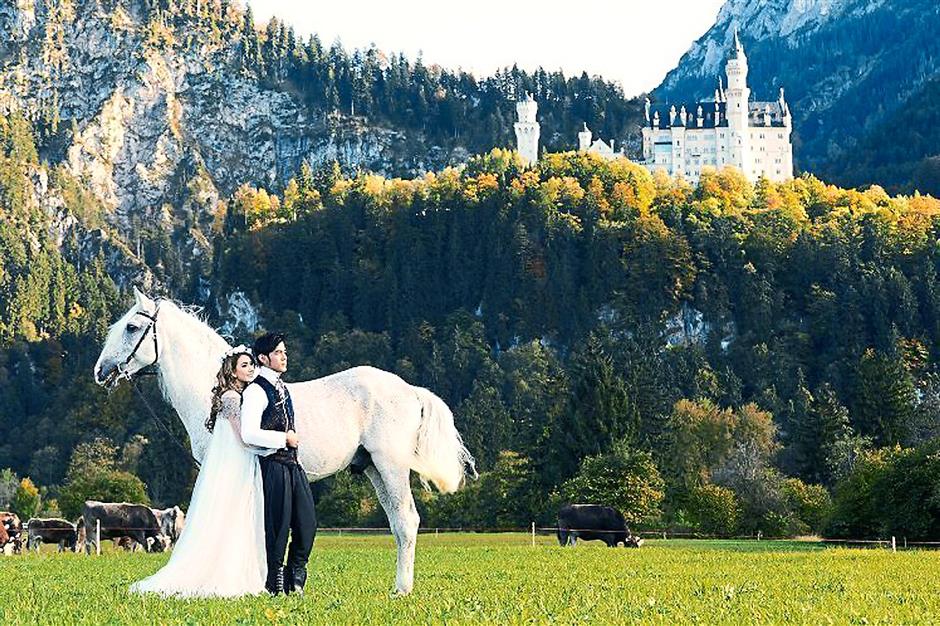 The couple released several pre-wedding shots prior to their nuptials on Jan 17.

Quinlivan has said she will stay in show business after marriage.

The model is a spokesman for Breeze Centre, an upmarket Taiwanese mall opened by hotel tycoon Paul Liao and his family.

It has been said that she got the job in 2010 because the Quinlivans and the Liaos are neighbours in Australia, reported China Times Weekly.

But Chou has said he wants five children – soon – and what he wants in his relationship with Quinlivan, he appears to always get.

When you take a long, hard look at his girlfriends, a type emerges. Singer Jolin Tsai, 34, television host Patty Hou, 37, and Quinlivan are doll-like, obedient-looking and have a whiff of foreignness. 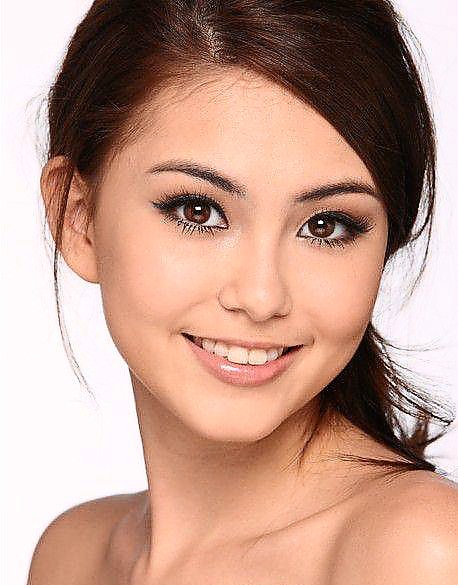 Keeping busy: Quinlivan has said she will stay in show business after marriage.

Tsai graduated in English from Fu Jen Catholic University in Taiwan. Hou was educated in the United States.

Quinlivan has an Australian father and a Korean-Taiwanese mother. Furthermore, she is the youngest of Chou’s girlfriends and has achieved the least in her career. It may be why she has had the most successful relationship with him.

She was not yet 17 when she met him around 2010, apparently after she got a job at Phantaci, a streetwear shop he invested in. At the time, she had dropped out of the variety show Blackie’s Teenage Club because her family was against it.

Last year, Chou’s dance teacher Snow (he is better known as Ice Cream in Mandarin) told reporters he had played a part in introducing the couple to each other. Chou and Quinlivan tie the knot at 900-year-old Selby Abbey in England.

Snow had met Quinlivan through friends’ friends and found her “comfortable to look at, pure and without cunning”, he said. He and Quinlivan got together to go for karaoke and dinner, and Chou met her at one such gathering.

Chou has said that though it was not love at first sight, he immediately appreciated her qualities.

In July 2010, he cast her in the music video of How Are You, a song for his 2011 album Exclamation Point, said Next Magazine.

But when rumours of their romance surfaced after her 18th birthday in August 2011 – he was photographed with his arm around her on a ferry in Marseilles, France – he cut her out of the video, changed the lead to model Chloe Wu and told Quinlivan not to talk to reporters.

Quinlivan did as she was told, and in their four years together, she has made him the centre of her life, said the report.

Not only has she won his mother’s heart with her politeness and obedience – a test all his girlfriends have had to pass – she has also been known to decline work to spend time with him.

He suffers from ankylosing spondylitis, a form of spinal arthritis that has exempted him from military service. When he has a painful attack, it is Quinlivan who feeds him congee, mouthful by mouthful, said Next Magazine.

In recent interviews for his new album Aiyo, Not Bad, he said he first had the idea of marrying her during an attack of spondylitis.

In one of his most vulnerable moments, he thought of how she had stayed at his side quietly and was suddenly immensely touched.

He also appreciated how they get along like two children and rarely argue.

He has been with her for four years, longer than his past relationships, he noted.

“Longevity is something special. It’s more solid than a whirlwind marriage,” he was quoted as saying by China Times.

“Being with me is more tiring. It’s hard being her and she’s persisted for so long.”

Well, being Mrs Jay Chou is a tough job, but someone has to do it. — The Straits Times, Singapore/Asia News Network