Portugal has declared three days of national mourning after one of its greatest footballers, Eusebio, died yesterday after reportedly suffering a heart attack at his home in Lisbon.

Portugal’s president, Anibal Cavaco Silva, addressed the nation on television to praise the “affability and humility” of a man who never let stardom go to his head despite being one of the game’s most prolific goal scorers. “His talent brought joy for entire generations, even those who didn’t live through the most glorious moments of his career,” he said.

Eusebio emerged as football’s popularity was exploding across the world and he was partly responsible for the globalisation of the sport. He was revered as highly as George Best, Franz Beckenbauer, Johan Cruyff, Bobby Moore and Pele.

“One of the greatest football players ever has passed away,” Beckenbauer said yesterday.

Chelsea’s Portuguese manager, Jose Mourinho, described him as immortal. “For us, for you Eusebio is one of the greatest footballers. For Portugal he means more than that. No colour, no clubs, no political sides. For Portuguese people Eusebio is Eusebio.

“I (have known) him since (I was) a kid. He played against my father. Every year when I was a kid he was sending me a shirt, a ball, a boot. I think guys like him, they never die. History doesn’t let them die.”

A striker, Eusebio was blessed with outstanding pace and skill and possessed a fearsome shot. According to Fifa records, he scored 679 goals in 678 official games.

During his 15 years at Benfica, the club reached four European Cup finals. It won once, and lost three, the most famous of which was the 4-1 defeat to Manchester United at Wembley in 1968. Eusebio had a chance to win it for Benfica , but when his shot was saved by United’s goalkeeper, Alex Stepney, Eusebio applauded because of his “sense of fair play”.

“He was certainly one of the game’s greats,” Stepney said. “To score that many goals is incredible. I don’t care who you are, what era you play in, to do that is some achievement.”

Eusebio was the son of Laurindo Antonio da Silva Ferreira, a white Angolan, and Elisa Anissabeni, a black Mozambican. He was brought up in poverty, playing football on the streets with a ball of rags, but moved to Lisbon in 1961, joining Benfica and blazing a trail to Europe for African talent that was followed, by the likes of George Weah, Didier Drogba and Samuel Eto’o.

As Mozambique was a Portuguese colony at the time, Eusebio represented Portugal at international level and became a national hero with his wonderful performances at the 1966 World Cup in England. The team was beaten 2-1 in the semi-final by England, the eventual winners, and had to settle for third place. Eusebio won the Golden Boot with nine goals but never played in another World Cup. 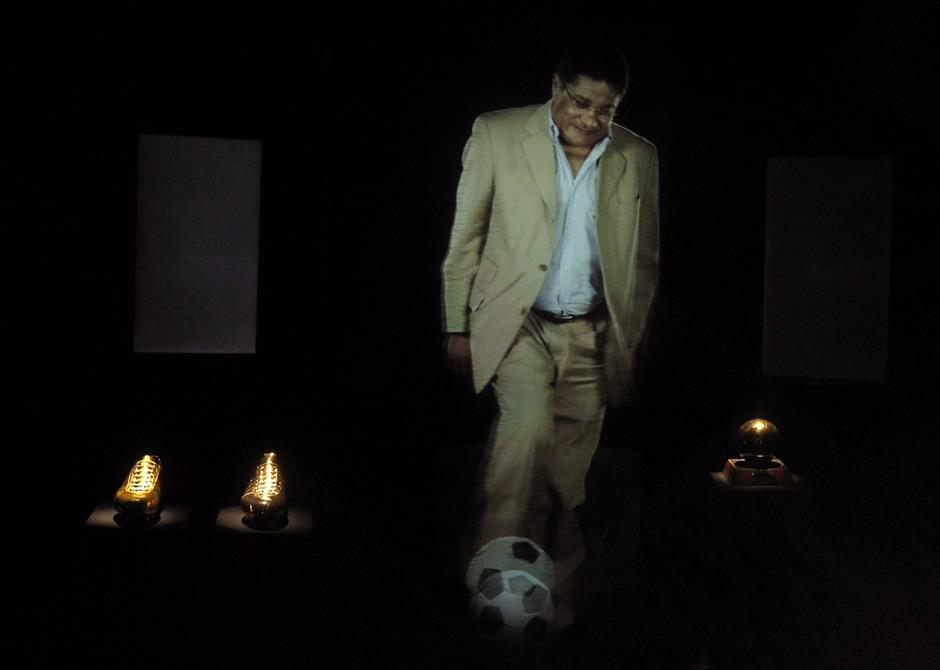 His impact was huge in Portugal and Africa, and the Portuguese government decreed three days of national mourning, with flags flying at half-mast, while the Portuguese Football Federation ordered a minute’s silence ahead of yesterday’s Portuguese cup games.

After leaving Benfica, Eusebio was barred from a lucrative move to Italy by the intervention of the Portuguese dictator, Antonio Salazar, and moved instead to the North American Soccer League. After retiring, he returned to Portugal, where he became an ambassador for Benfica and his adopted country. He is survived by his wife, Flora, two daughters and several grandchildren. — Guardian News & Media

This Thai coffin maker kickflips caskets into skateboards
Growing vegetables in the Arctic Circle, thanks to permaculture
Malaysian church furnishes the needy with unused appliances and furniture
American janitor singlehandedly cooks to feed thousands during the pandemic
How baking a loaf of bread for a neighbour during lockdown led to a successful bakery in London
American flight paramedic helps wipe off patient medical debts during the pandemic
Heart and Soul: Father was my hero, but Mother was my superhero
Malaysian stage 4 cancer patient produces 50 videos in 10 months for his wife’s cooking channel
Prince Harry joins coaching startup as chief impact officer
Police Day: Our men in blue as frontliners and backliners