The name is Bon

... And he is on a mission to make Malaysian men look smart.

NOT only does Bon Zainal Harun share a similar sounding first name with a popular fictional secret agent, he embodies the same need to be impeccably dressed always.

The 47-year-old menswear designer is often seen around town in fine fashionable form. From well-tailored suits to casually natty outfits, he is the epitome of a well-dressed gent. 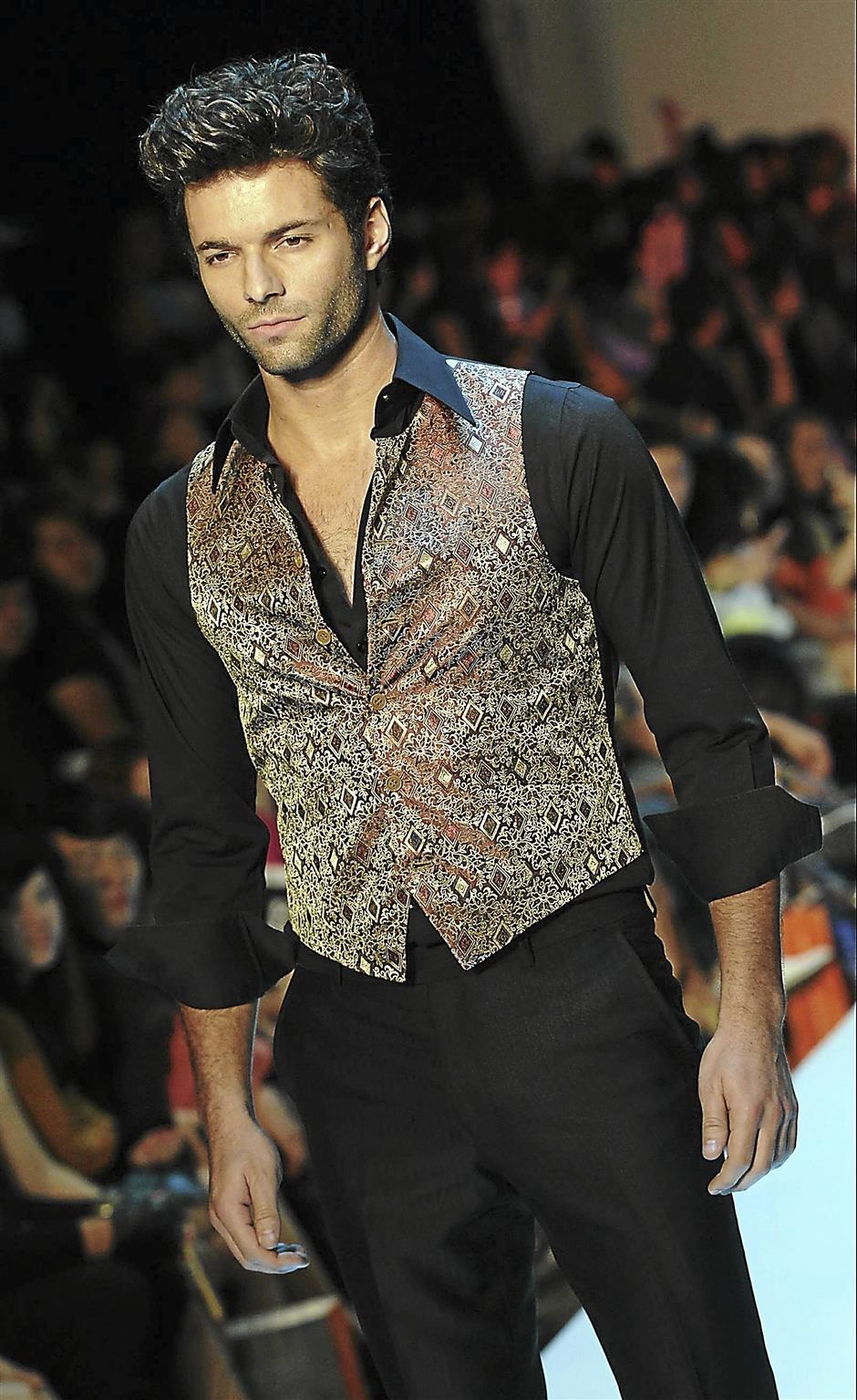 Another Bon Zainal creation, showcased at a BDA Gala event in 2011.

Bon credits his sense of style to an enduring interest in fashion — of which, according to him, is something that started since his primary school days. He also says that he might have inherited the love for fashion from his late grandmother.

“My grandma was a tailor. So I guess it’s only natural that I was already dabbling with fashion design when I was very young,” relates Bon during an interview with Star2.

“Back in school I designed the kits for my football team. For example. I would also buy shoes and modify them. Sometimes, even turning my jeans into shorts, or taking the sleeves off T-shirts to make them into tank tops. Simple stuff like that.”

Nevertheless, the Terengganu-born couturier has since moved on from just creating “simple stuff”. In realising his dream of working with fashion, Bon went on after high school to enrol in a fashion marketing and merchandising course in the United States. “Of course, you could get into a fashion design or fashion tailoring course here in Malaysia, but I wanted more than that. With a fashion marketing and merchandising course like the one I studied there, you learn about everything — the sewing techniques, pattern making, designing, advertising, promotion, accounting and retail management,” he explains.

After graduating from the Fashion Institute of Design & Merchandising in Los Angeles, Bon then worked under the tutelage of Rick Pallack, the man who has dressed celebrities the likes of Hugh Hefner, Sylvester Stallone, Arsenio Hall, Burt Reynolds and Michael Jackson.

While assisting Pallack at his boutique in Beverly Hills, California, Bon gained his first insight into dressing the rich and famous. His other experiences while in the United States also include working with the Ralph Lauren boutique and Gary’s Tux (a tuxedo shop) located in the same city.

Upon returning to Malaysia, Bon worked for Spark Manshop, first as a marketing executive, then as the corporate marketing director. Thereafter, he proceeded to start his own business, offering marketing and image consultancy.

Director, actor, producer and writer Sein dressed up his outfit with a bold red jacket from Bon Zainal

With regard to the birth of his eponymous label in 1995, he says: “Working in Malaysia, I realised that people liked seeing what I wore. I would get guys coming up to ask whether I can put together something similar for them. That’s when I founded my own fashion collections under the Bon name.

“The Bon menswear collections largely carried suits, jackets and pants at first. Now, they have expanded to include fashion accessories. These are stuff that I use myself – wallets and man bags for instance,” he adds.

While still actively designing – with an upcoming collaboration with Cuffz to sell his new collection of suits in-store – Bon says that he is more focused on giving image consultancy talks at the moment. “It’s what I’m devoting a large portion of my time to these days. I instruct guys about the ways of dressing by giving seminars or lectures to colleges, universities and other private organisations,” he states.

As for the availability of the Bon menswear collections, he explains that he mostly designs by appointment only. Apart from special projects like the one with Cuffz, Bon picks and selects the customers that he can personally attend to in private appointments.

His clientele include corporate leaders and business entrepreneurs, while local male celebrities have been seen wearing Bon’s designs too. In the past, he has dressed stars like Mawi, Harith Iskandar and Hans Isaac.

Some of these personalities, who count the designer as a friend, showed up during the interview to model his designs: television host/emcee/model Raj Aria, director/actor/producer/writer Syed Hussein Syed Mustafa (better known as Sein) and actor/singer/songwriter Firdee Akassya Rosli (Aqasha).

Raj, who says that his style depends on the events he has to attend, praises Bon’s suits for their versatility.

“His suits are for everyone. Anyone who wears his suits will look good because it’s made for guys, regardless of shape or size. I find that the jacket I’m wearing now is nicely customised to fit my physique and makes me look good.” Bon Zainal has occasionally dabbled in womenswear too. This design was shown at Kuala Lumpur Fashion Week 2006.

Sein, however, describes his own style as casual and comfortable. Yet, on occasion, he does see the need to dress up more elegantly — and that is when he looks to putting on something that Bon has designed for him.

“If you’re looking for something more mature and sophisticated, look for Bon. He’s the man to see in order to get that kind of aesthetic,” quips Sein.

Aqasha is a little old-fashioned when it comes to men dressing up.

“I have to admit that I’m more comfortable in T-shirt and jeans. On occasion, when I need to suit up, I’ll put on something by Bon.”

Which leads to the question: to what extent does the average man take an interest in fashion?

Bon says that the whole idea of guys putting more effort into their dressing is slowly, but surely, changing with a shift in mindset.

“Ten years ago, I had guys questioning my fashion advice: ‘Pakai seluar macam ini panaslah’ (wearing these trousers is too hot) or ‘Perlukah pakai tali leher sekali?’ (do I really need to wear a necktie, too?) they would ask.”

Now, he is seeing a generation of men who are definitely into looking smart. According to him, some men can be more extreme than women in terms of fussiness when they want to look perfect.

“I think when a guy develops a keen interest in fashion, he really goes all out — financially as well. Sure, some may have deep pockets, but to be stylish doesn’t mean buying what’s expensive.”

“It’s not about the brand. To me, fashion is all about wearing it right. The right cutting or the right material — that makes all the difference.

“If you want a little variety, look to the details, like stitching and material. You’ll be surprised at how that can really set a good suit apart from the rest.”

> Bon Zainal can be contacted via e-mail: bon.image@gmail.com.