If you've lost someone, allow your grief to 'visit' you, don't ignore it 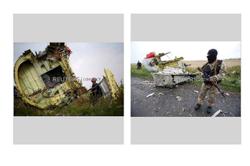 Grief is never easy, but it’s not something to be fixed or overcome. It’s an experience to be lived and an important messenger if we pay close enough attention. — pxhere.com

Recently, I had the privilege to interview Dr Irvin Yalom, an expert on grief and one of the most influential existential psychologists.

In March this year, he published A Matter Of Death And Life, co-authored with his late wife, Marilyn, in which they share their perspectives on her terminal illness. Marilyn – a Stanford professor and cultural historian – had known Dr Yalom since they were teenagers. The childhood sweethearts enjoyed a relationship that lasted 73 years before she died in November 2019.

A Matter Of Death And Life is a raw and honest sharing of the final journey shared between two lifelong partners, from the point of Marylin’s diagnosis until she took her final breaths in the presence of her family.

I first came across Dr Yalom’s work in my late teens when I read his novel, When Nietzsche Wept (1992). It was a gift for me and he became a huge influence long before I thought about a career in mental health. As emeritus professor of psychiatry at Stanford University, Dr Yalom is recognised as the father of group therapy, a pioneer of existential psychotherapy, and the foremost expert on grief.

As I read A Matter Of Death And Life, it had a potent effect on me as I began to lose sight of the great Dr Irvin Yalom, seeing instead an 88-year-old man struggling to come to terms with the impending death of his wife.

Good books tend to be called “page turners”. This book is a page stopper. There are several points that so moved me it was too much to continue reading. It was hard to see one of my heroes falling apart within the pages. I was reminded that grief is much easier to deal with in hypothetical terms no matter how much we might know about the subject. As Marylin stoically faced her situation, she remarked that they had both lived extraordinary, full lives and that dying at 87 was no tragedy compared with someone dying at 50.

One passage in particular from Marylin drove home the diverging perspectives of two people trying to make room for each other’s emotions while dealing with conflicting experiences. Describing a conversation, she wrote: “Gradually I came to the understanding that I would never be the same again – that I would pass through days of unspeakable misery, while my body would decline and weaken. If I could place you inside my body for just a few minutes, you would understand. Irv was silent for a long time. Then he countered, ‘Isn’t it enough that you are still alive? That when you go, there will be nothing afterwards? And I’m not ready to let you go’.”

Soon after, Dr Yalom had to finish the book on his own, realising that, at the age of 88, he was a fully independent adult for the first time. When I spoke to him – almost two years since Marilyn’s death – he was unable to re-read the book or visit Marilyn’s grave. The pain is too much to bear.

Grief is like a fingerprint, it’s unique for everybody. Many will have heard of the famous “five stages of grief” – denial, anger, bargaining, depression and acceptance. Some might experience these stages in that order, others can experience grief in completely different ways. To make it more perplexing, other emotions can show up, such as guilt, relief, gratitude, and numbness (ie, profound sadness). How a person experiences grief – and the time it takes grief to unfold – can’t be neatly packaged in stages.

It’s understandable to think we “should” feel a certain emotion at a certain time, but that’s simply the human desire to regain control over something we have no control over.

After a 73-year relationship, Dr Yalom berated himself for continuing to grieve after the first two months of losing Marylin. But in death, we don’t just lose a person, we lose our history with them; the inside jokes, the stories, the secret language and cues we concoct together – all of that goes when we lose someone.

Grief is extraordinary in its complexity, and so it’s important to be patient with ourselves and allow whatever shows up to be as it is. There’s no moving on from grief, but in time we can begin to move forward with it.

In supporting people who are grieving, we need to show them that same patience, and also compassion. This is their experience and although we might have similar stories, no two experiences are the same and we all have different ways of coping.

Fortunately, grief is a rare thing for most, but when it comes it can take so much from us. Before we can “think about the good times”, it’s important to honour grief however it visits us. If we sit with it long enough, we can discover some valuable insights in the process.

Grief is never easy, but it’s not something to be fixed or overcome. It’s an experience to be lived and an important messenger if we pay close enough attention.

Sunny Side Up: How to feel better about those bad thoughts