Big Smile, No Teeth: What’s the buzz about bitcoin? 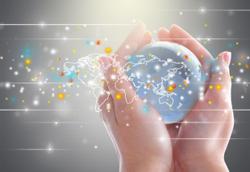 Is bitcoin the new gold? Or will we all look back at the whole crypto thing and think we were crazy to put so much value in a digital currency that was never going to be used? － AFP

Of course, in that time bitcoin has hit all-time highs, although recently it’s fallen off again, leading sceptics to speculate that the cryptocurrency is heading for one of its dramatic crashes. A few years back bitcoin hit all-time highs and promptly lost most of its value before rebounding in 2020.

This was the exact reason I told my friend I wouldn’t get into bitcoin. Bitcoin seems a little like a dodgy uncle who says he’s got a great invention that will change the world. You want to believe him but being totally realistic, he’s your uncle. Nobody’s dodgy uncle ever did anything great. And just like that dodgy uncle, bitcoin seems completely unpredictable.

That being said, I do understand the enthusiasm for the idea behind it: An electronic currency that is completely fraud proof thanks to blockchain technology. So is that where its value comes from?

Of course not, my friend told me. Bitcoin is no longer valued for what it can actually do. Because it’s not being employed by anyone really. And doesn’t seem to be on the cusp of being used as an actual currency. The value of it comes completely from its investment properties, its ability to gain value for no apparent reason. My friend told me all of this and I stared at him wondering why this would convince me to put money into it.

Then he said, because bitcoin is now a store of value. Like gold.

And at that I was dumbfounded. Because that was the first good argument I’d ever heard for investing in bitcoin.

We all agree gold has value but as a metal, it’s pretty useless. There are better metals to make things out of. There are better conductors of electricity. Gold seems to have become valuable initially because it’s pretty and so soft that it’s easy to mould without smelting. These days, gold’s value comes more from its scarcity and the difficulty of mining it. Which sounds a lot like a certain cryptocurrency. Basically, we all agree that gold has value. And it does. That is sort of where bitcoin is going.

Maybe bitcoin will never be used as a digital currency, perhaps banks will adopt blockchain transactions and cryptocurrency won’t have a monopoly on that either. But also, maybe bitcoin will retain its value just like gold has retained its value even though it’s not widely used anywhere anymore.

Indeed, when billionaire Bill Gates, US Treasury Secretary Janet Yellen, or investment guru Warren Buffet or any number of long-time economic gurus bad mouth crypto, it comes off a little like the old man down the street yelling at the kids playing their darn music too loud.

We have a whole generation that’s grown up preening for digital validation, dating online, working on screens for a digital or online something, so it sort of makes sense that a digital generation wouldn’t see much value in a shiny metal dug out of rocks but would appreciate a digital currency mined using complex mathematical equations. Maybe bitcoin is this generation’s gold.

And while old guard economic types are slagging off the cryptocurrency, we have madcap billionaire Elon Musk (who has to be someone’s dodgy uncle) investing US$1.5bil (RM6bil) from Tesla in bitcoin. More and more wealth management types have been putting money into crypto. More and more are legitimising the idea that bitcoin has become a store of value.

Well, fresh off being convinced by my friend, Musk, and all this talk, I decided to invest in bitcoin.

It took two days after he invested for Musk to tweet that he felt the cryptocurrency might be overvalued and bitcoin has since dropped about 10k. My history of timely investing continues (I also invested right before the 2008 market crash).

Now crypto bulls are saying this is just a correction, like in any other market. And crypto naysayers are predicting another huge crypto crash.

Is bitcoin the new gold? Or will we all look back at the whole crypto thing and think we were crazy to put so much value in a digital currency that was never going to be used? Stranger things have happened. Like the whole world deciding that a shiny yellow metal was the measure of value.

I suppose we’ll find out. In the meantime, I can watch my investment turn red. Fun.

Bitcoin soars after Tesla buys US$1.5b of digital coin, plans to accept as payment for its cars 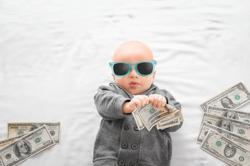 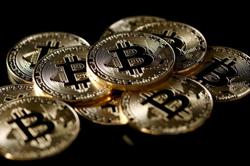 Dear Thelma: Given to be raised by our grandparents, my brother now hates my parents
Your Pet Story: A father's duties for the day
This herd of city sheep is bringing a bit of gentle nature to concrete urban spaces
India's desert salt farmers feel the heat from climate change
How to find your pet if it runs away
It's more comfortable, but what is the cost of going braless?
Bangladesh's floating gardens: a sustainable farming solution amidst climate change
Noise pollution poses long-term risk to trees, study shows
Dogs also have the right to a survival kit in case of natural disasters
How Los Angeles plans to achieve 100% renewable energy