Could salt hold the key to safe, efficient cooling and heating for homes in the future?

Salt is known for its ability to melt snow and limit the formation of ice. Inspired by this process, US engineers are working on a system that could use less energy than traditional radiators or air conditioners to heat or cool homes.

The method developed by researchers at the University of California, Berkeley has been given the mysterious name of "ionocaloric cooling".

It refers to the way in which a material or element (water, for example) changes from a solid state to a liquid state or vice versa, through the intermediary of atoms or molecules, in this case through flows of ions from a specific type of salt.

Most of the systems used to cool or heat buildings (air conditioners, radiators, etc) contribute to global warming because of the greenhouse gases that their use releases into the atmosphere.

However, ionocaloric cooling promises to eliminate these emissions by using solid and liquid components.

"No one has successfully developed an alternative solution that makes stuff cold, works efficiently, is safe, and doesn’t hurt the environment,” said Drew Lilley, a graduate research assistant at Berkeley Lab and PhD candidate at UC Berkeley who led the study, published in the Science journal.

"We think the ionocaloric cycle has the potential to meet all those goals if realised appropriately," the scientist adds in a statement.

To test the effectiveness of their findings, the engineers used a salt composed of iodine and sodium, along with ethylene carbonate, an organic solvent frequently used in lithium-ion batteries.

When supplied with electricity, the system displaces the ions, which changes the melting point of the material.

"When it melts, the material absorbs heat from the surroundings, and when the ions are removed and the material solidifies, it gives heat back," the scientists' news release explains.

The first experiment showed a temperature change of 25ºC using less than one volt, representing "a greater temperature lift than demonstrated by other caloric technologies", the scientists say.

The next step for this research group will be to conduct further experiments to test different combinations of materials and techniques. – AFP Relaxnews

Ditching concrete for earth to build a cleaner future 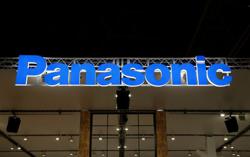