When 80-year-old Ch’ng Ah Bee first heard that the Senior Citizens Association at Scotland Road in Penang was going to start an eco-farm, she was more than excited as she could now put her gardening skills to good use.

“I used to live in a landed property with space for my own little garden where I planted a lot of vegetation,” Ch’ng said.

“But when I moved to a condominium, space was limited and I could only grow certain things like chilli, curry leaves, mint and some other herbs. When I was told that the Consumers’ Association of Penang (CAP) was coming in to help set up the eco-farm at the association, I was waiting for it.”

The Senior Citizens Association, which has 700 members, started the eco-farm some two months ago. About 10 active members now take turns to come in to plant fruit trees, vegetables and herbs at least once a week.

“When I saw that the land was available, I knew that we could put it to good use and start an eco-farm to keep our members active and also keep the soil healthy.

“We have so far planted brinjal, corn, ladies finger, spinach, chilli, marigold, papaya and we are planning for more with the help and advice from CAP.

“There are also plans for a compost pit so that we can produce our own chemical-free fertilisers for our vegetation,” she added. 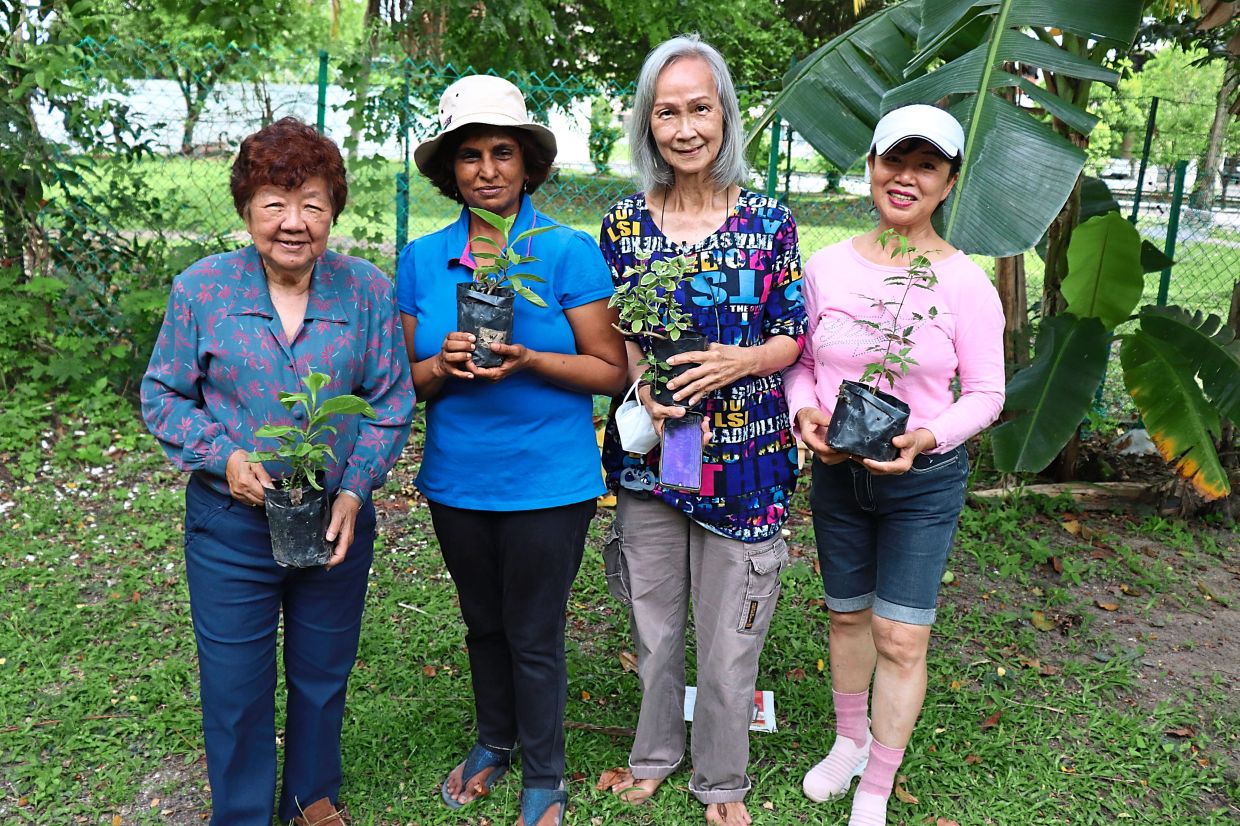 “We had no experience whatsoever but we learned everything from scratch from CAP, right down to making our own pest repellents.

“We even got our supply of vermi-compost from CAP,” she said, adding that the association also has plans for a herb garden soon.

This eco-farm at the association is among many examples indicating that the green wave in Penang is being embraced by the young and old alike, especially those living in urban areas.

With CAP having championed and set the standards for the urban garden/farm concept for over a decade, this trend is fast catching on.

CAP is one of 12 inspiring stories of local transformation shortlisted for the 2022 Transformative Cities People’s Choice Award.

Transformative Cities is a global initiative to search and support transformative practices and responses that tackle global crises at the local level. The initiative is facilitated by several partners of international civil society organisations and social movements. 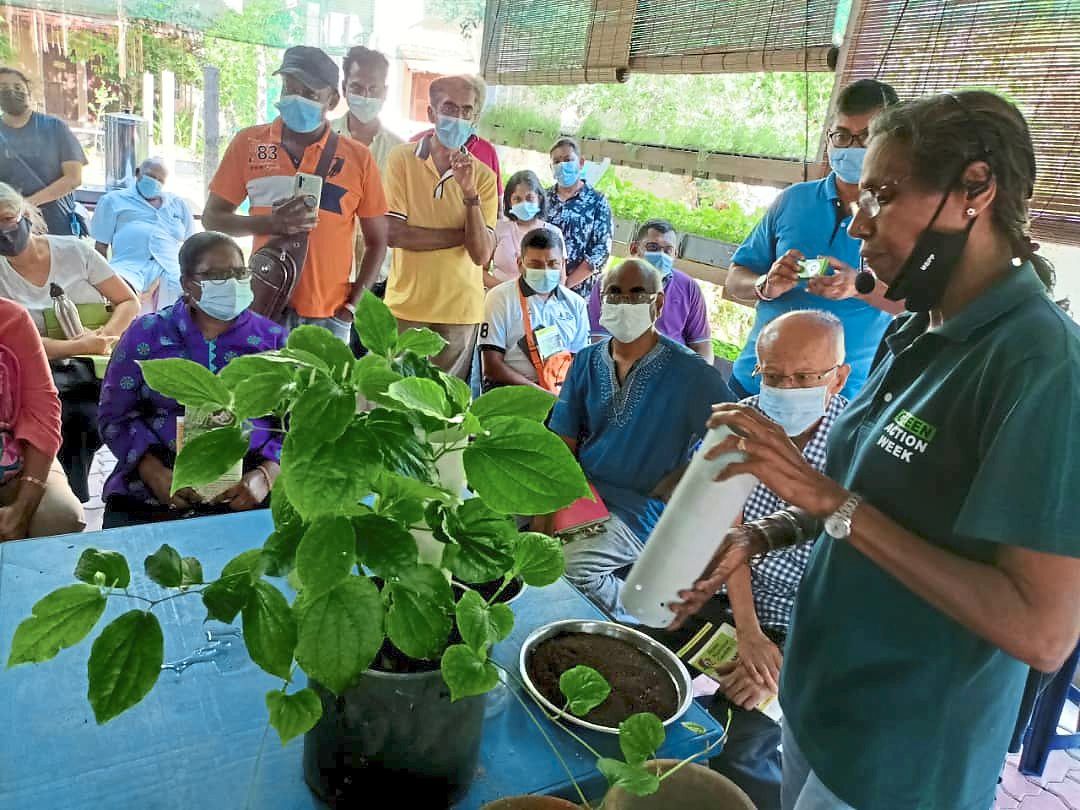 CAP education officer N.V. Subbarow noted that a few years ago, when the then agriculture minister said Malaysians should look at planting their own greens instead of complaining about rising vegetable prices, there had been much hue and cry among the populace.

“These days, however, many consider that as a workable option, as the hike in food prices and the nation’s lack of food security have riled up the people and brought about serious concerns such as higher oil prices and food shortages.

“Today, we are receiving an increasing number of calls from households and homemakers on how to do composting, how to have their very own mini garden, and so forth. It looks like people are finally embracing the green wave and the time for urban agriculture is here!” he said.

“Growing our own vegetables at home can be cost effective.

“Remember that we do not need a big space to grow vegetables.”

Subbarow also noted that in an effort for Penangites who live in high-rise buildings to grow their own greens, CAP had been promoting vertical planting units.

CAP began the Natural Farming Project 20 years ago through national awareness programmes to educate farmers about the dire consequences of using chemicals to grow food, and to introduce alternative, natural farming techniques.

These farmers were also taught simplified integrated pest management, including how to use different types of herbal plants in pest repellent preparations. 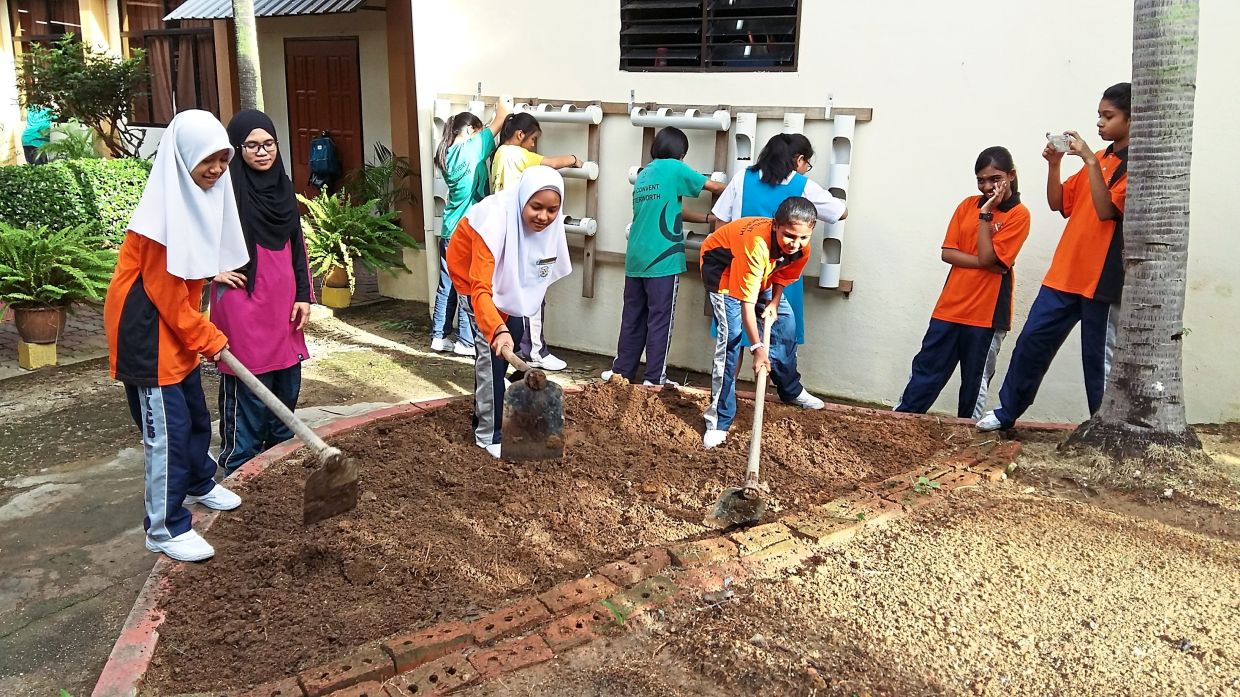 In 2004, CAP converted its car park area to grow fruits, vegetables and herbs, and ventured into research and development of agroecological methods to train the community.

“People, especially urbanites, took note of how CAP made good use of local and traditional knowledge to create innovative ideas for them to embark on starting their very own urban gardens in their own backyards,” said CAP research officer Mageswari Sangaralingam.

“We want people to wean themselves off the dependence on chemical-based farming.

“Today, we have some 70 types of vegetables and 50 types of herbs grown on rotation basis here in our office premises and the number is increasing,” she noted.

However, there is still the problem of space for urban gardens, especially in high-rise buildings in the city.

“We are trying to get the people to change their mindset about needing a bigger space to grow vegetables or herbs. We want people to be innovative, for instance, to use discarded containers and vertical kits to grow their greens,” she added.

Mageswari said that besides encouraging people to grow their own vegetables, CAP is also teaching homemakers and households to turn their kitchen waste into compost and growth promoters instead of discarding the waste.

Another effort CAP has embarked on is encouraging farmers and the public to save their own seeds and share them with friends and neighbours.

They have also started edible gardens, herbal corners and composting units at schools so teachers, students and school gardeners can work together to grow chemical-free plants and vegetables.Among the schools that got involved early on is SMK Convent Butterworth. Its urban garden has taken shape on a 140sq m plot in the school compound since April 1, 2016.

The school’s co-curriculum senior assistant Phan Cheng Mun said it was an uphill battle when they first wanted to start an urban garden at the school.

“It is not easy to get students to be involved in gardening as some do not want to touch the soil and get dirty. The school did not even have a big field as the whole school was only occupying a one-acre plot.

“With the advice from CAP officers who visited our school, we started with vertical plants along the walls and walkways of the school building using recyclable plastic bottles.

“As we progressed, whatever land we could find at the school, we planted greens such as winter melon, passion fruit, tapioca, leafy vegetables and herbs. When the garden started bearing fruits and vegetables, more students came in to join our efforts,” she said.

Today, the school has about 20 Green Squad student members who volunteer their time to make the school’s urban garden a success. Recently, their efforts paid off when the school won the Green Flag award by WWF Malaysia for its green initiatives.

The school also has a Food Waste project where any food waste or leftovers are collected from the school canteen. With the help of the students, the waste is separated while the canteen operators chip in by putting them into the compost containers.

Phan said even during the Covid-19 movement control order when students were unable to attend school, the school kept its urban garden project going by having its gardeners come in to do the necessary work.

“When we first started, our intention was to encourage our students to learn about the benefits of growing and eating chemical-free greens.

“However, with the advice and new ideas brought in by CAP, we are winning all these awards and getting recognition. We cannot thank CAP enough for all their guidance,” she added.

Vote up to four most deserving examples of transformation in areas of water, energy, housing and food systems for the 2022 Transformative Cities People’s Choice Award from now until Nov 6, 2022.