An aerial view showing the Sawa Lake completely dry due to years of drought in Iraq's southern province of al-Muthanna. Photos: Asaad Niazi/AFP

A "No Fishing" sign on the edge of Iraq's western desert is one of the few clues that this was once Sawa Lake, a biodiverse wetland and recreational landmark.

Human activity and climate change have combined to turn the site into a barren wasteland with piles of salt.Abandoned hotels and tourist facilities here hark back to the 1990s when the salt lake, circled by sandy banks, was in its heyday and popular with newly-weds and families who came to swim and picnic.

But today, the lake near the city of Samawa, south of the capital Baghdad, is completely dry.

Bottles litter its former banks and plastic bags dangle from sun-scorched shrubs, while two pontoons have been reduced to rust.

"This year, for the first time, the lake has disappeared," environmental activist Husam Subhi said. "In previous years, the water area had decreased during the dry seasons."

Today, on the sandy ground sprinkled with salt, only a pond remains where tiny fish swim, in a source that connects the lake to an underground water table. An aerial view showing a pond remaining at the dried-up Sawa Lake.

The 5sq km lake has been drying up since 2014, says Youssef Jabbar, environmental department head of Muthana province.

The causes have been "climate change and rising temperatures", he explained.

"Muthana is a desert province, it suffers from drought and lack of rainfall."

A government statement issued end April also pointed to "more than 1,000 wells illegally dug" for agriculture in the area.

Additionally, nearby cement and salt factories have "drained significant amounts of water from the groundwater that feeds the lake", Jabbar said.

It would take nothing short of a miracle to bring Sawa Lake back to life. An aerial view showing Lake Milh, which is suffering from the effects of drought. Photo: Mohammed Sawaf/AFP

Use of aquifers would have to be curbed and, following three years of drought, the area would now need several seasons of abundant rainfall, in a country hit by desertification and regarded as one of the five most vulnerable to climate change.

The Ramsar Convention on Wetlands, a global treaty, recognised Sawa as "unique... because it is a closed water body in an area of sabkha (salt flat) with no inlet or outlet.

"The lake is formed over limestone rock and is isolated by gypsum barriers surrounding the lake; its water chemistry is unique," says the convention's website.

A stopover for migratory birds, the lake was once "home to several globally vulnerable species" such as the eastern imperial eagle, houbara bustard and marbled duck.

Sawa is not the only body of water in Iraq facing the perils of drought.

Iraqi social media is often filled with photos of grotesquely cracked soil, such as in the Unesco-listed Howeiza marshes in the south, or Razzaza Lake in the central province of Karbala. 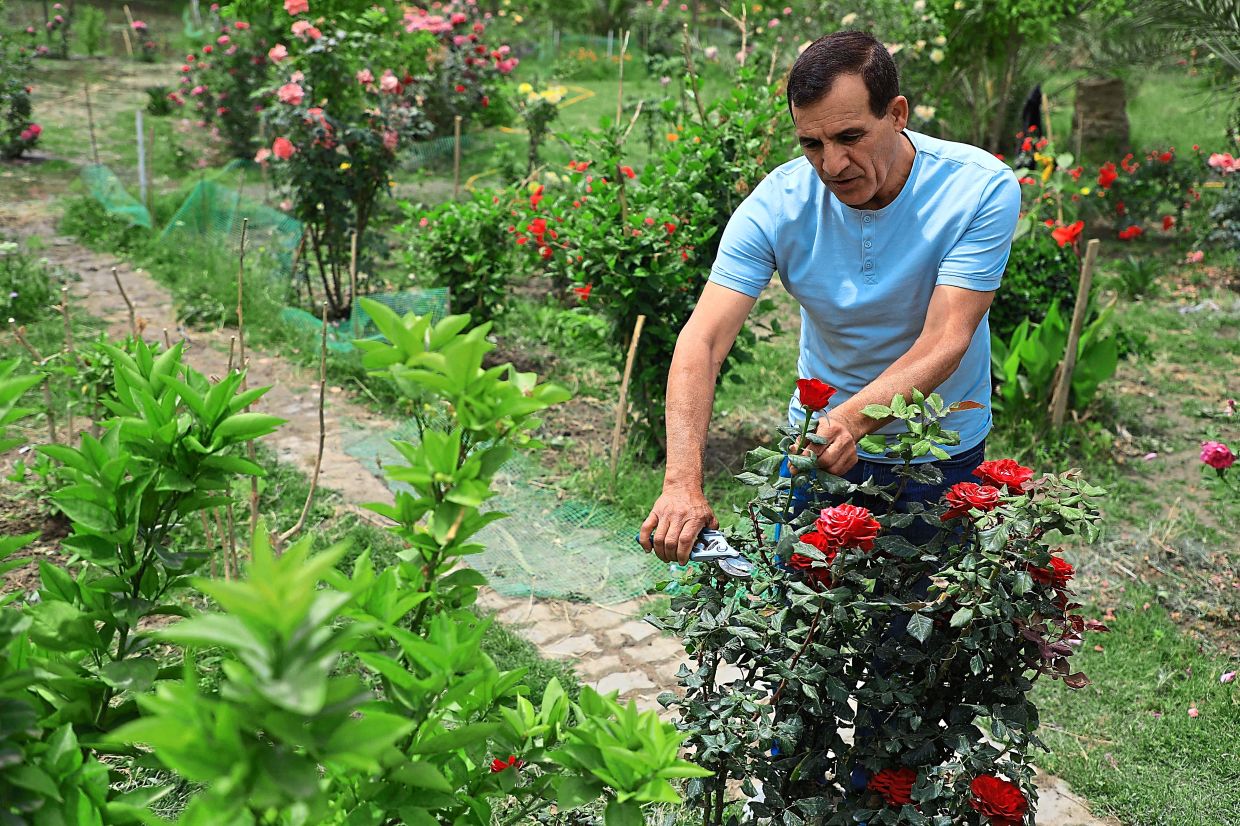 Iraqi environmental activist Dibes working in his home garden which was turned into a public park in Iraq's southern city of Samawa.

In Sawa, a sharp drop in rainfall – now only 30% of what used to be normal for the region – has lowered the underground water table, itself drained by wells, said Aoun Dhiab, a senior advisor at Iraq's water resources ministry.

And rising temperatures have increased evaporation.

Dhiab said authorities have banned the digging of new wells and are working to close illegally-dug wells across the country.

Latif Dibes, who divides his time between his hometown of Samawa and his adopted country of Sweden, has worked for the past decade to raise environmental awareness.

The former driving school instructor cleans up the banks of the Euphrates River and has turned the vast, lush garden of his home into a public park.

He remembers the school trips and holidays of his childhood, when the family would go swimming at Sawa.

"If the authorities had taken an interest, the lake would not have disappeared at this rate. It's unbelievable," he said.

"I am 60 years old and I grew up with the lake. I thought I would disappear before it, but unfortunately, it has died before me." – AFP Relaxnews 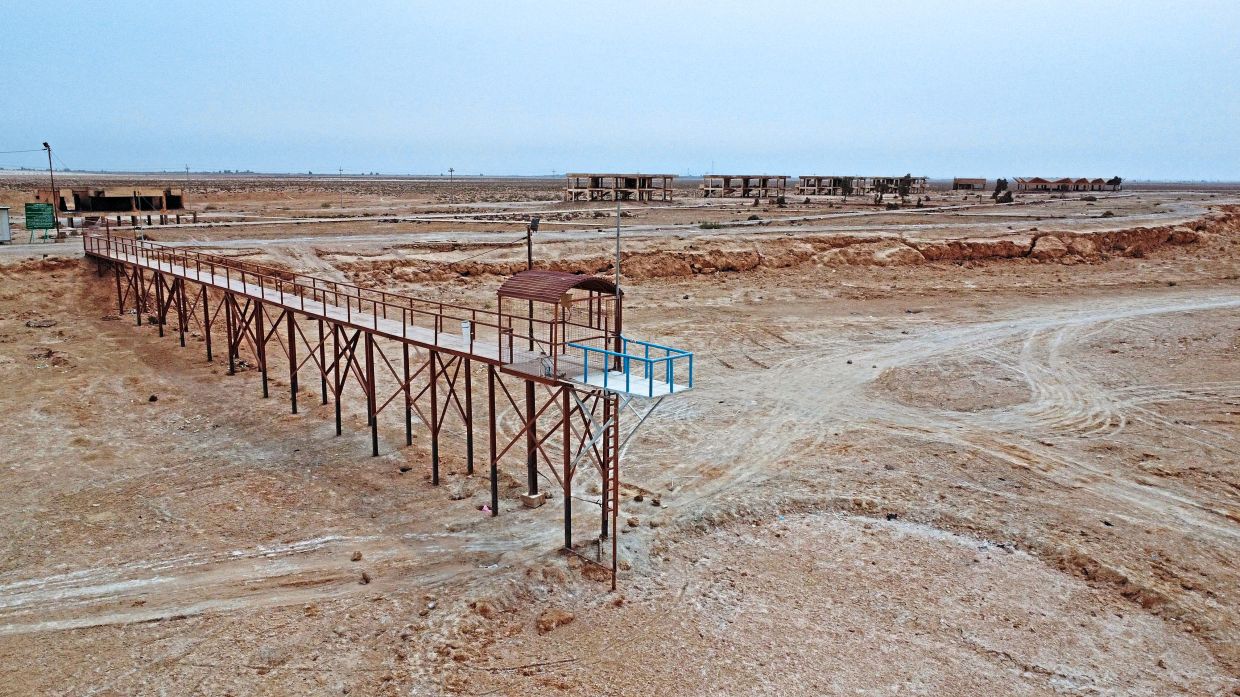 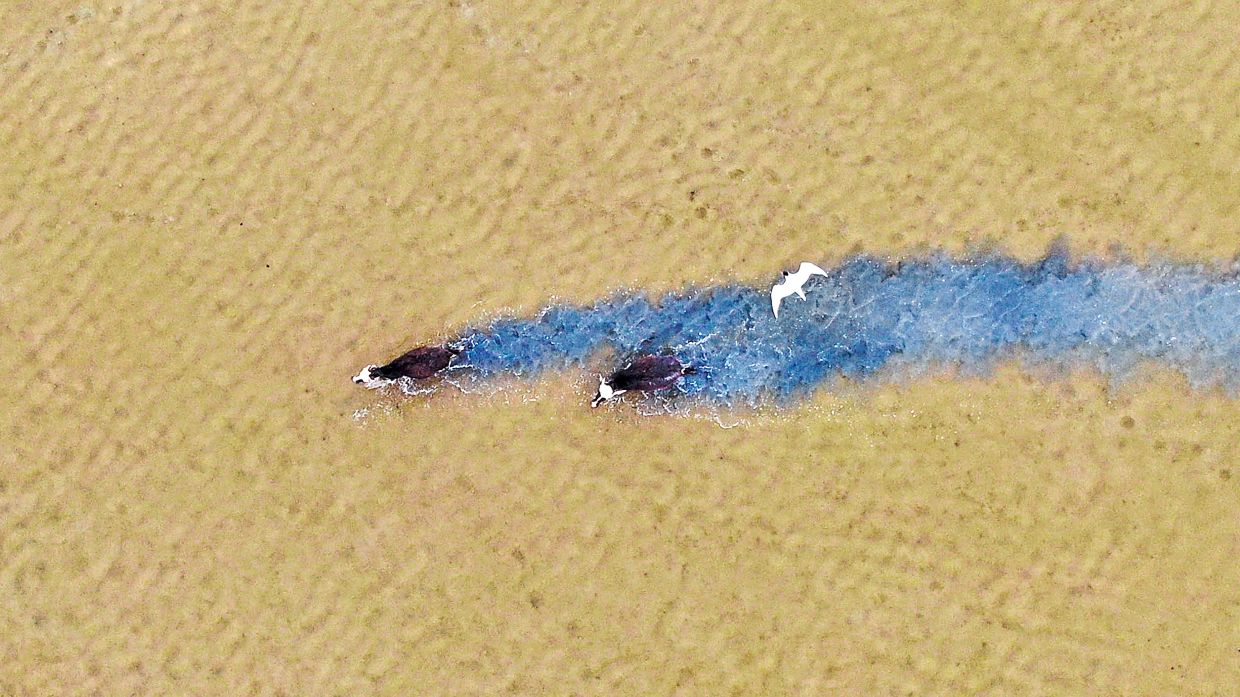 An aerial view showing the Sawa Lake completely dry due to years of drought in Iraq's southern province of al-Muthanna. Photos: Asaad Niazi/AFP

Iraqi environmental activist Dibes working in his home garden which was turned into a public park in Iraq's southern city of Samawa.

This picture shows abandoned hotels and tourist facilities at the dried-up Sawa Lake.

An aerial view showing a pond remaining at the dried-up Sawa Lake.

Horses running in Lake Milh, also known as Razzaza Lake, which is facing the perils of drought in Iraq's central province of Karbala. Photo: Mohammed Sawaf/AFP

An aerial view showing Lake Milh, which is suffering from the effects of drought. Photo: Mohammed Sawaf/AFP

A fisherman carrying his catch at Iraq's Lake Milh, also known as Razzaza Lake, which is drying up due to drought. Photo: Mohammed Sawaf/AFP