Malaysia must resolve malnutrition and its cause, endemic poverty, to progress

Tell me, how is it that an upper middle-income country like Malaysia has a malnutrition crisis? How come a country listed among the world’s 50 richest countries has an estimated 10 million people who suffered “food insecurity” at some point during the Covid-19 pandemic?

How come a nation with 26,000 official millionaires has almost one in four children living on cheap, unhealthy foods? And isn’t it crazy that in a country with so many types of tropical fruits and indigenous fish there are low-income families that can afford neither fruit nor fish?

These are shocking paradoxes. Somewhere, as a nation, we have veered off track. Surely one of the most fundamental criteria of good development is to ensure all children have adequate nutrition? It's ironic that in this nation of foodies we get it so wrong when it comes to food.

Consider these facts taken from the 2019 National Health and Morbidity Survey:

> A shocking one in five Malaysian children under five years old are stunted.

> About 30% of women of reproductive age have anaemia.

> And 95% of adults do not consume the recommended amount of fruits and vegetables (ie at least five servings a day, where one serving, for example, is an apple) – a figure that has risen in the last decade.

Malaysia is one of the few Asian nations facing so many forms of malnutrition – stunting, wasting, overweight and anaemia – that Unicef (the United Nations Children’s Fund) in Malaysia has described the situation as “extremely alarming”. We also have the highest adult obesity prevalence in South-East Asia.

The level of stunting – an irreversible condition which affects mental and cognitive development – is three times the average rate in other upper middle-income countries. It’s more than twice as high as in the Palestinian Territories. How is this even possible?

“The nutritional status among children is worrying,” says Joey Eng, Unicef Malaysia’s Nutrition Specialist. “Both the inability to afford nutritious food and the lack of awareness about nutrition contribute to the stunting.” Stunting also occurs in high-income households, albeit less severely, due to our diets being high in starch (such as rice or noodles) rather than nutrients.

Poor fetal growth during pregnancy also increases the tendency for stunting, says Eng. This can lead to a vicious circle of poor health: An anaemic, undernourished mother will give birth to a child predisposed to stunting, who is then more likely to become obese and, subsequently, develop chronic diseases such as diabetes.

Among the poor, cost is the bottom line. They will choose cheap and filling foods such as cheaper carbohydrates and sugary food, says Prof Dr Sharifa Ezat Wan Puteh from Universiti Kebangsaan Malaysia who specialises in public health. “Many do not have options for good nutritious food.”

Also, high sugar products are sold in school canteens, there is a low sugar price and tax, and poor awareness of good nutrition, she says. Special rates for childcare for low income families as well as aid and housing access would also help nutrition, she says.

A study commissioned by Unicef of 500 families in low-cost public housing flats in Kuala Lumpur found that, since the Covid-19 pandemic began in March 2020, fruit intake has dropped while more families are eating instant noodles and eggs, a cheaper protein option than meat. One respondent said she could only afford “cheap vegetables” and fruits on occasion. Six in 10 households are unable to buy enough food for their families.

Even prior to the pandemic, 25% of Malaysian adults were identified as “food insecure”, ie lacking access to food primarily due to poverty. That figure is now estimated to be 30%, says Unicef. In 2020, some 22% of Malaysians reduced their meal sizes.

School meals are important to prevent stunting, when implemented properly and monitored. But this option was missing during the pandemic. Ideally the school feeding programme should be backed by legislative policy to prevent misuse, says Eng. Unicef recommends financial support for meals when schools are closed, such as through food parcels or voucher schemes.

Currently, many organisations provide food to the poor; others give cash and donations. But the search for food can be chaotic and desperate. We need food aid that’s organised, targeted and sustainable. Unicef says a real-time food security monitoring system is needed. It cautions against, “any donations, marketing and promotions of unhealthy foods”.

The poor in Malaysia are finding it increasingly hard to cope. They can’t afford adequate food or pay their bills on time. And it’s only set to get worse with many more falling into poverty due to the pandemic. The current inequality gap between the rich and poor is huge. Consider: A former politician’s sons became millionaire owners when young of offshore investment companies while more than one in 10 children in low-cost urban flats are unable to eat three meals a day. It’s just unconscionable.

Malnutrition is a physical symptom of the country’s deep endemic poverty. Resolving both is essential for the nation to progress. 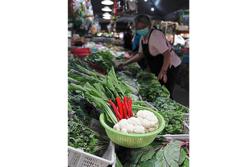 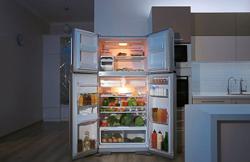 How light pollution speeds up the arrival of spring in cities
Heart and Soul: Cherished mementoes of a top cop
Working from home: Boon or bane?
Here's what Seoul's new, smart '10-minute city' is all about
Shore leave critical for physical and mental health of maritime crews
In Mannheim, Germany, letter-shaped buildings help to revitalise a neighbourhood
Guys, it's time to open up and talk
Eating healthy isn’t just for the wealthy – the trick is to eat at home
Dear Thelma: I'm worried about my adult son's financial future and relationships
How roundabouts are more green than traffic lights and how they help save lives