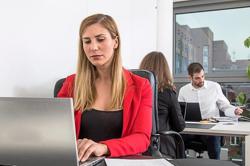 As a newcomer to an industry, often with a sense of imposter syndrome, it can feel hard to make salary demands. But HR experts say first-time applicants should avoid being too eager to satisfy. Photo: Christin Klose/dpa

Many young professionals find it difficult, however, to assert themselves when it comes to negotiating that first salary during the job interview.

“This is due to the fact that the subject of money and how to deal with it is simply neglected in schools, ” says German career expert Johannes Wilbert.

Because they generally know little about finance matters, young people often find it difficult to talk about money with their employer and to proactively assert their own ideas.

But, no one should undervalue their knowledge and skills. Therefore, many young professionals, too, can be self-confident about what they are bringing to the table from the beginning.

It all starts with the application documents: “Here you should clearly work out what added value you have to offer in order to have a good basis for salary negotiations later on, ” recommends Wilbert.Researching salaries

If you are invited to a job interview, it makes sense to go prepared, obviously. But this not only means to read up on your potential employer, but also on the standard salaries in the industry. German career coach Ute Boelke recommends to check job data bases online for this kind of information.

If your potential boss offers you a salary below the customary level, you should bring this up during the interview – and possibly refuse the job if there is no wiggle room.

However, keep in mind that some positions, like a traineeship or in civil service, come with fixed salaries.

Sometimes, employers also offer additional benefits which can make up for a mediocre salary, like a public transport pass, annual bonuses or free lunches.

Walking into the job interview well prepared means you are off to a good start. “The most important thing is not to appear as someone desperately begging for a job, ” says Wilbert. After all, your potential employer may well be even more desparate.

You should feel like you are on equal footing with the employer and represent your own position, according to the motto: “I bring the following skills and competencies, and I offer the following added value, what do I get in return?”

If the potential employer makes an offer that seems too low, Wilbert recommends asking the following question: “To what extent are you still open to compromise here?”

If you are unhappy with the salary offer made, you should be able to argue why you deserve more. Career coach Boelke recommends rehearsing salary negotiations with friends. “Over time, practice also gives you a certain assurance in job interviews.”

It can also be helpful to mention that you are also applying for other jobs. “This signals that you are not willing to take the job under any conditions, ” says Wilbert.

In the end, it’s a fine line between not asking for too little nor for too much. “It’s all about the golden mean, ” Boelke believes. – dpa 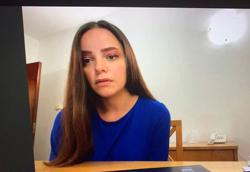