Amid the highrises that tower over the Malaysian capital, tiny community gardens are taking shape in a trend that has seen urban dwellers staking claims to the city – one plot at a time.

Using pockets of overgrown land under power lines or slivers sitting idle by the river, community gardeners are busy digging, hoeing and weeding in a city that is better known for its glitzy shopping malls and testing traffic jams.

But they face threats of eviction and legal uncertainty, highlighting the barriers to community land access and fuelling calls for authorities to loosen rules governing urban farming.

"We are not committing any crimes," said Ng Sek San, a landscape architect who founded Kebun-kebun Bangsar, a community garden in an affluent part of the capital that has been running since 2017.

The garden, on a plot of land under pylons, used to draw a steady crowd of visitors and volunteers on weekends seeking respite from stifling city life, but last year it was issued with an eviction order after the authorities withdrew a temporary lease. 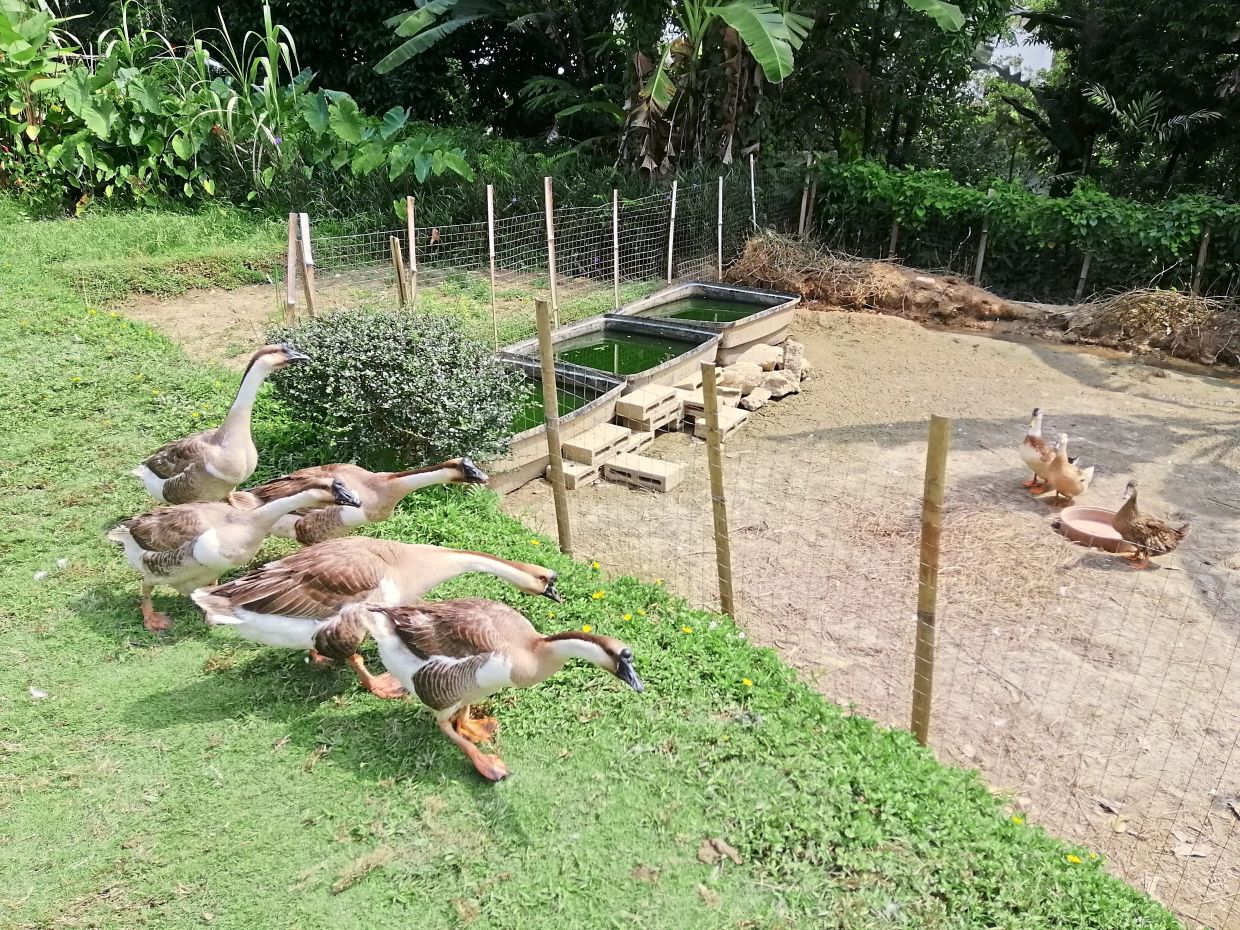 Before Malaysia went into lockdown, children chased ducks and peacocks at Kebun-kebun Bangsar.

"We need to...question discretion, when the law is unjust or not updated for our current city living," said Ng, who continues to run the garden despite risking five years in jail and a RM500, 000 fine, if the order is enforced.

Other gardens that struggled to secure approvals have also called for legal reforms to make land access easier for community use, especially in space-starved cities.

In need of an overhaul

Worldwide, many cities have embraced urban farming to grow food locally and foster community, but residents say access to land is often hampered by high costs and stiff competition.

More than two-thirds of the world's population is forecast to live in cities by 2050, according to the United Nations.

The UN's Food and Agriculture Organization (FAO) promotes urban farming as a way to ensure food security amid rapid urbanisation, while in fast-ageing countries like Singapore, it is also used to tackle loneliness among the elderly.

Urban farming dates back to World War I in many countries, a time when people grew food at home or on public land to avoid food shortages in a trend that continued into World War II.

Home-grown fruit and vegetables are common in rural Malaysia but urban farming only took off in recent years, with some local councils endorsing it to promote sustainable living. 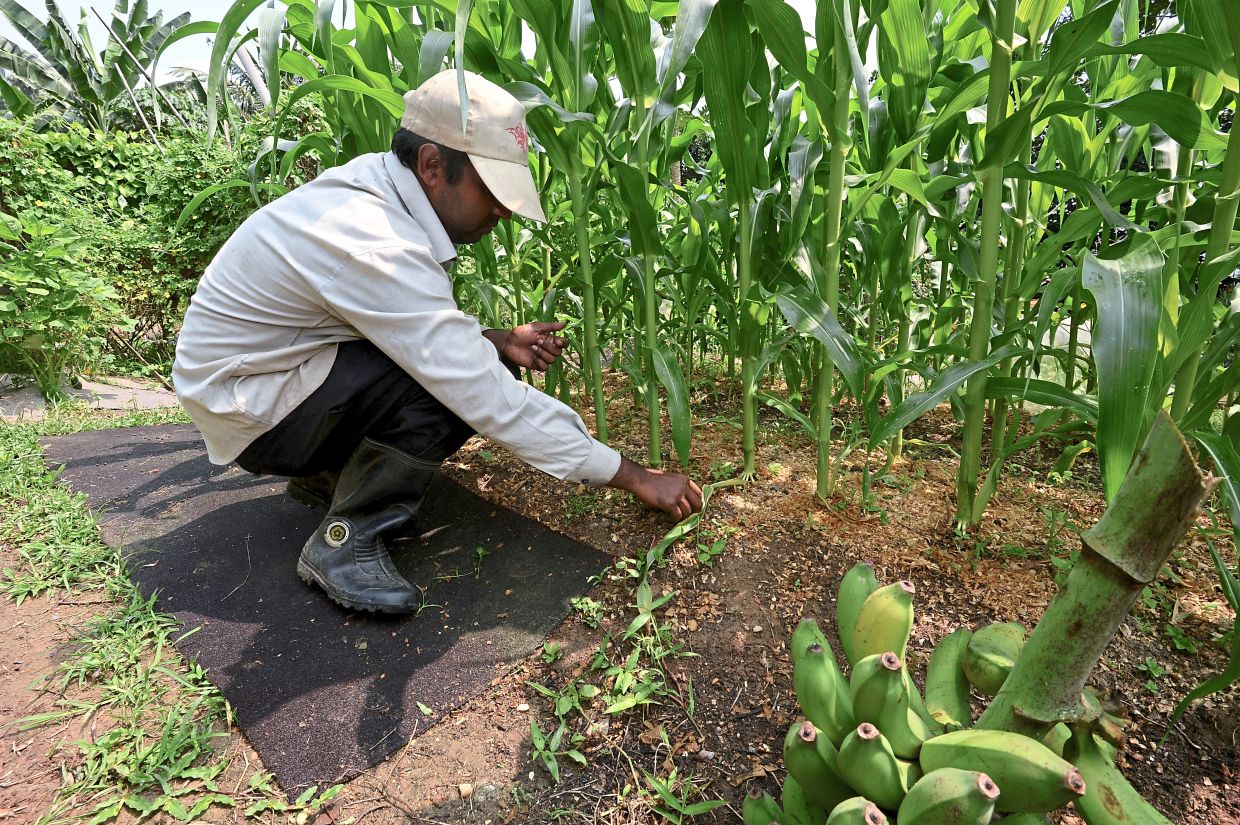 Fruits and vegetables grown at Kebun-kebun Bangsar are given to the poor and Myanmar refugees.

With a population of about seven million, the greater Kuala Lumpur area has seen at least eight community-led gardens launch in as many years.

"What's so good about these community gardens is they are open to anyone. You need spaces where it is open-ended, and not only accessible to those who can afford it."

Most of the community gardens tap into government "reserve land" – unused land near power lines, riverbanks or train tracks deemed unsuitable for development projects – for farming.

It has not been easy, however.

Under current rules, urban farming projects need a temporary occupation licence before they break ground, according to the Federal Territories Lands and Mines Office.

It ordered the eviction of Kebun-kebun Bangsar because it is "occupying government land without valid permission" and after locals complained of noise, the government agency said in a statement to the Thomson Reuters Foundation.

It did not reply to a query on the size of land approved for urban farming in the capital or on pending applications.

The government has recognised the need for an overhaul and even promised new guidelines to help facilitate urban farming. Those guidelines were due last year but the ministry in charge said it was "unable to provide any answers" about their whereabouts while it awaits a Cabinet decision.

Without news on reform, businesswoman Phillipa Yoong and her neighbours just went ahead and started on their garden, pent up as Covid-19 kept them close to home last year.

Even as the crops – brinjals, ladies' fingers and herbs – took root, the group had still not won approval to use the land, with the land authorities saying they were gathering views on an application that the community had filed last year.

"It's empty land being wasted; I don't like to see waste so why don't we do something about it," said Yoong, 42, the head of Kebun Komuniti Hartamas, a community garden in the Sri Hartamas neighbourhood.

"If (the authorities) say 'go', we go. Until then we just enjoy the community participation and involvement," said Yoong, adding that the project had cemented community ties in the pandemic.

In Kebun-kebun Bangsar – before Malaysia went into lockdown this month – children chased ducks and peacocks as volunteers tended to vegetables, with the produce going to soup kitchens for the poor and Myanmar refugees.

Ng said he was optimistic of change, given growing pushback from communities against rules they see as unfair.

"Land is an extremely expensive resource in the inner city and a lot of people lack access to it, whether it's just for a walk in the park or to plant their own food," he said.

"We need to reclaim back some of our resources in the city." – Thomson Reuters Foundation