A man wearing a face mask rollerskates through New York City’s deserted Times Square amid the spread of the coronavirus. — dpa/TheNEWS2 via ZUMA Wire/Niyi Fote

The Christmas tree at Rockefeller Center shines into the new year, window displays on Fifth Avenue tempt shoppers with sale offers, and Manhattan’s ice rinks are open – some New York City traditions have persevered despite the coronavirus pandemic.

But these small signs of normalcy can’t conceal the fact that crowds don’t throng the streets as they used to.

The pandemic brought New York to its knees in 2020. And although the city will surely recover in 2021, the effects will be lasting.

Vincent Lin is one of the few people in New York swimming against the tide. While hundreds of restaurants in the city had to close their doors in the past months, he opened the Blue Willow in October 2020, serving traditional Chinese cuisine in the heart of Midtown.

Lin says he didn’t think it was necessarily the right time to open a restaurant – he had planned on opening the Blue Willow before the pandemic. But there were delays, and before he knew it, the coronavirus had gripped the city. Lin and his team had to improvise.

But customers are scarce, as Midtown Manhattan is missing the usual business employees eating out for lunch and the tourists.

And who knows when they’ll be back – health experts believe the next months will be gloomy. But the vaccine is a reason to be hopeful. 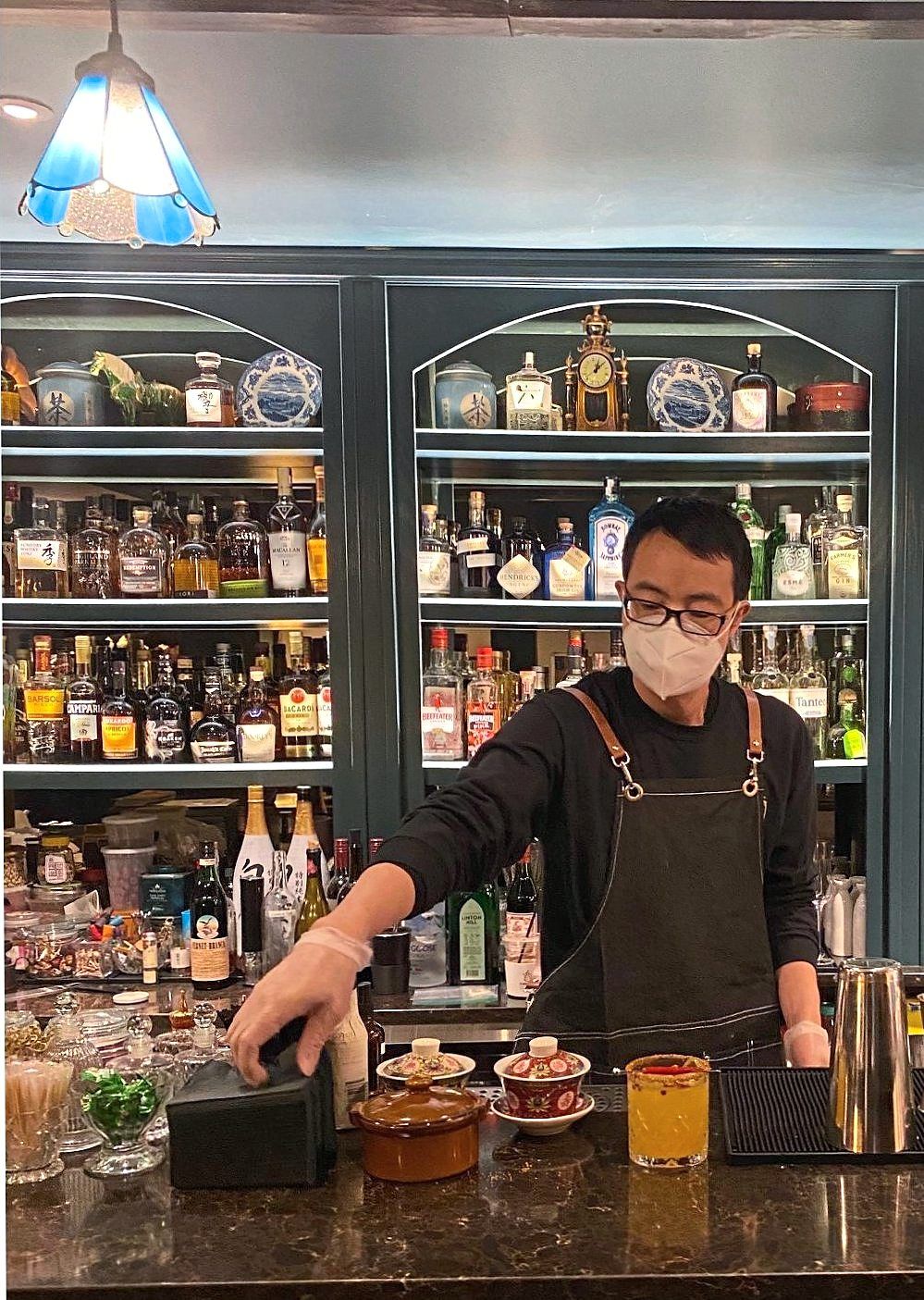 A staff of the Blue Willow restaurant in Manhattan, which opened amid the pandemic. — dpa

In the beginning, things were looking alright for New York. The first official case was only confirmed in March 2020, while other locations on the West Coast had already registered infections beforehand.

However, it only took a few weeks until horrific images of cooling trucks leaving hospitals and mass graves on an island close to the city began to spread. New Yorkers quickly drew a parallel with the Sept 11 attacks, during which some 3,000 people were killed.

But the comparison is fraught: while the terrorist attack happened all at once, like a horrific bang, the virus slowly ate its way through the city’s offices, subways and apartment blocks for weeks, almost unnoticed.

There’s no open panic and no rubble, but the common denominator between the virus and Sept 11 is the lasting shock.

Until now, the city has recorded over 20,000 deaths from Covid-19, with an additional 4,800 fatalities likely linked to the virus.

More than 450,000 people have likely been infected.

As a consequence, offices, museums, Broadway and concert halls shut down. “The very thing that made New York New York was undermined by the pandemic, was upended by it, ” analyst Mark Zandi of the credit rating agency Moody’s recently told the New York Times newspaper.

Service jobs – in restaurants, hotels, the art world, transport and construction – were especially hurt, with over 1 million jobs lost. The unemployment rate temporarily climbed to 20%.

The city is now facing a budget hole of US$4bil (RM16.2bil). What New York now needs are for tourists to return, and bustling business.

New Yorkers are sure that both will return.

There are several promising vaccines candidates, some of them already in use, with tens of thousands inoculated already.

If hundreds of thousands of New Yorkers receive the jab, and high-risk groups are no longer put in danger, the situation could relax significantly.

Travel bans could loosen. However, New York authorities are predicting that tourism will reach pre-pandemic levels only in 2024.

News portal Axios has speculated that the drop in rent prices could help the metropolis attract a wave of young and creative new inhabitants when it reopens. For now, Americans fear a “dark winter”.

New Yorkers fear a return to isolation. Families are stockpiling again. Singles are hunting for a lockdown partner. And the number of infections is rising, like everywhere else in the country.

For restaurant owner Lin, the next months will be decisive too.

At the moment it’s not too bad, he says, but if new restrictions kick in again and in-door dining is banned, that could be a problem. Lin says he can, for the moment, hang on until April, May at the latest.

If the situation has improved by then, the Blue Willow will survive. – dpa/Benno Schwinghammer

Gold down amid vaccine news