Big Smile, No Teeth: Good leadership is NOT about 'my country vs yours' or 'me vs you' 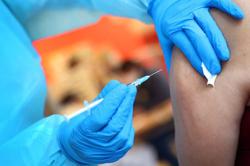 With the American presidential election that happened last week (and might still be dragging on now, on Nov 9, 2020!), I’ve been thinking a lot about leadership. Clearly the role of leadership in government is to take care of the people. And when that doesn’t happen, people rise up, protest, and try to oust governments.

So then it would make sense that the best leaders are compassionate, have empathy, and listen carefully to the needs of others. But that isn’t what we’ve looked for in leadership in the 2000s. More and more, we the people are looking for who is going to be good for the economy because of the perceived link between GDP and the overall quality of life in a nation.

But the Covid-19 pandemic has made people question this. The pandemic is not something the market economy is dealing with effectively – meaning, with the minimum amount of human suffering. In fact, the countries that have done the best all shut down their economies to give the virus time to die out and prevent its spread. The countries that let their economies continue to function are facing greater uncertainty moving forward.

And, of course, some of the best pandemic responses came from countries with female leaders.

“From President Tsai Ing-wen in Taiwan and Chancellor of Germany Angela Merkel, to Prime Minister of Norway Erna Solberg, Finland’s Sanna Marin and New Zealand’s Jacinda Ardern, these female-led nations have continued to demonstrate to the world that when it comes to a crisis, they know what they’re doing (theceomagzine.com, Nov 4).”

The traits of compassion, empathy, caregiving are all cited as reasons that women might be better leaders in general and definitely during a pandemic. I’ve always prescribed to the quote from Billy Butcher in Garth Ennis’ The Boys: “Men without women ... it ain’t a good idea.” And, “Men are boys”.

Definitely, when it comes to caring for the people during a health crisis, the government needs to step in and not leave everything up to the dictates of the economy.

Which brings me to the second idea that many of us have come to think of as true: That meritocracy is the way forward, that leaders that focus on the economy position us for success or failure based on our own ability to work. Which simply isn’t true.

Of course economic strength is part of a healthy nation but it can’t be the be-all and end-all. And meritocracy isn’t how humans got to where we are in the first place. The earliest humans banded together because there was strength in numbers. Humans built the first settlements based on agriculture and cooperation from everyone in the community. Humans were stronger together because they worked together, not because one person took all the grain and sat in his giant cave while everyone else fought for scraps.

This is what we must always remember when electing our leaders.

Those who preach fear and division do so because those are easy emotions for us to relate to. It’s easy to make people fear and hate but it’s harder to bring people together. It’s harder to understand that the long-term effects of the Us vs Everyone, Me vs You mentality in a leader and in society really only encourages greed and selfishness. And greed and selfishness are the antithesis of the cooperation with which modern human societies were built.

I’ve said this before and I will keep saying it: The Earth is a ball of mud floating in a vast universe of mostly nothing. This is the only world we have, and it is a gift of science and quantum physics that it exists at all and that we can survive on it. We need to start realising that we are not in an infinitely resource-rich world, and that we’re in a small boat set on a hostile sea of entropy. It is NOT one country versus another, or citizen versus citizen. Our only way forward is to recognise that we are all neighbours, and leaders who preach togetherness and community are the ones we need now.

Because the greater truth behind whatever political allegiance one has is that politics and governments exist to govern humanity, and leadership that acknowledges that all we have in the empty vastness of the universe is our planet and each other is the leadership we need now.

Big Smile, No Teeth columnist Jason Godfrey – who once was told to give the camera a ‘big smile, no teeth’ – has worked internationally for two decades in fashion and continues to work in dramas, documentaries, and lifestyle programming. Write to him at lifestyle@thestar.com.my and check out his stuff at jasongodfrey.co. The views expressed here are entirely the writer's own.
Article type: metered
User Type: anonymous web
User Status:
Campaign ID: 18
Cxense type: free
User access status: 3