After Covid-19, the Big Apple will never be the same again

New York is untypically quiet. Many museums closed, including The Met, during the outbreak. —Vanessa Carvalho/ZUMA Wire/dpa

When Laila Said left her New York flat in mid-March, she took with her just a small suitcase. “I thought I was leaving for a week or so, ” she says.

Now, she’s pretty sure she will never be back.

Said left her office in the city, where she works in the travel industry, as the coronavirus started to spread. But as she was living in a small room in a shared flat in Brooklyn, she realised it was going to be difficult to work from home.

So at the age of 31, she moved in with her mother in Southern California, not imagining how long she would end up staying there.

Said’s story is not unusual, as many hundreds of thousands of people have had similar experiences over the last few months.

The first people to leave the Big Apple were the wealthy, who switched upscale residences in the Upper East Side, Upper West Side or Soho for their summer homes.

Next came those who lost their jobs, or decided to set up a digital office somewhere else.

There was a moving van on every other corner, some days.

Now, a stroll through the streets of New York is astonishingly quiet for the city that famously never sleeps.

The empty office towers in Midtown and downtown show the heart of Western capitalism has paused. Meanwhile, Times Square is deserted and the Statue of Liberty abandoned with fewer tourists than both have seen in decades.

Right after she left the city, Said learned that her office would be closed for a while. She phoned her Brooklyn room-mate who packed up her things, sold her furniture and sent her documents and clothes over to the Pacific.

Now, Said cannot even consider returning to the Big Apple. “That would mean I would have to re-commit to a lease or rent and there’s a lot of uncertainty of what the future holds for everyone, professionally and thus financially.”

The pandemic hit the US economy hard, with 1.4 million jobs lost in the New York state in June, compared to last year. Unemployment in the city surged from 3.9% to 20.4% and many fear it will take a lot longer for the economy to recover.

Many of the job cuts affected people working in the service industry and small businesses that might not survive the current crisis at all.

The pandemic is affecting bigger businesses in Manhattan, too.

In neighbourhoods where a two-bedroom apartment can easily cost US$5,000 (RM20,740) a month, rents are falling and landlords are now offering months free of charge. The number of vacant flats is higher than it has been for the past 14 years, according to a study by real estate firm Douglas Elliman.

These homes may stay empty for some time as the few workers who do return may not do so straight away.

Just 10% of workers are expected to go back to their Manhattan offices this summer, according to a survey by the Partnership for New York City, with around 40% likely to return by the end of the year.

And even when they are back, New York’s bustling corporate life, with its business lunches and after-work drinks, may also change, as some employers discover the upside of remote work, notably the lower costs involved.

One architect has shut his office in the upscale Brooklyn neighbourhood Dumbo for good. Working from home, the agency is more productive than ever, according to one of his employees.

Meanwhile the United Nations office building on the East River has been virtually empty for months, after many employees went back to their home countries. Work is still in full swing, though, a spokesperson said. The UN building and many other skyscrapers feel abandoned these days as workers have left due to the coronavirus pandemic. — dpa

For her part, Said is enjoying the nicer aspects of being based at home, saying, “I personally love working remotely.”

Her team is much more creative than usual, she says.

In the past, employers in the United States have tended to frown on remote work. “There has been a mental shift on both sides, ” she says.

Said’s office in New York reopened a week ago, but employees are allowed to continue working from home.

That’s Said’s plan, rather than moving back to New York.

“I’d rather find a city that’s more suitable for my lifestyle, ” she says. She’s considering Los Angeles instead. – dpa/Benno Schwinghammer

'There are just no words': Oregon family returns home to find pile of ash 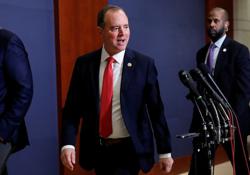