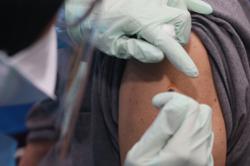 Life during the Japanese occupation was fraught with danger and difficulties. My father once recounted to me his close encounter with a Japanese soldier while he was cycling to the market one morning.

Those words made my father tremble with fear. He was only 12 years old then.

My father didn’t know that he was supposed to get off his bicycle and give a deep bow to any Japanese soldier he met. Before he knew it, he felt a heavy punch to his head. He fell from his bicycle and flat on the road. His head was throbbing with pain and the world was spinning around him.

Before my father could sit up, he felt a sharp kick to his abdomen. He vomited some blood and could barely sit up. He was then forced to kneel before the Japanese soldier under the hot sun for the whole day. My father was worried that he might never get to see his family again.

The scorching sun and the loss of blood and sweat caused him to nearly pass out. He knew he could be killed if he were to pass out.

My father kept telling himself, “I cannot die, I must not die, I will not die.” He mustered every ounce of strength to stay awake. Luckily, when dusk came, the soldier went away for his dinner and allowed him to go home. But before letting him go, the soldier gave him a hard slap on his face which broke a few of his front teeth. He arose and made the deepest bow of his life to thank the soldier.

He then quickly picked up his old rusty bicycle. As it was already damaged, he could not cycle and had to push it for a few kilometres while limping home. It was the longest journey home for him as his whole body was aching with pain. When he reached home, he collapsed and lost consciousness.

I felt sorry to hear about the harsh treatment meted out to my father by the soldier. However, I was surprised when he said that although his close encounter at the market was scary, it was not the most tragic. He said that Sook Ching was the most tragic experience for the townsfolk.

Sook Ching literally means to purge or cleanse. It was a campaign ordered by the fearsome General Yamashita to eliminate any anti-Japanese elements in the Malayan population. Thousands of innocent Malaysians and Singaporeans were killed in this brutal campaign.

During Sook Ching, the Japanese army forced everyone to gather and parade before a few men in the centre of the padang. Everyone was really scared and tense.

Nobody knew or could see who those men were as they were wearing hoods over their heads, with just two tiny holes for them to look out of. They were local residents who worked as spies for the Japanese army. They wielded immense power over the lives and livelihoods of the townsfolk. Whenever any of these hooded men nodded their head, an entire family would be pulled aside and tortured. Sometimes, they were just decapitated for no reason.

My father said that the campaign was conducted in an arbitrary and haphazard manner. In one instance, men who wore glasses or with soft hands were considered educated and, therefore, guilty of having carried out anti-Japanese activities. In another town, my father heard, those with English names were deemed to be anti-Japanese. Fortunately, my father had neither soft hands nor short-sightedness nor an English name.

I was both fascinated and terrified by my father’s account. When I asked him how the Japanese tortured the people, he replied that the Japanese conducted beatings,"water torture”, “splitting finger and toe nails” and sometimes cutting them off. The tortures were so painful and unbearable that some of the victims would beg for an instant death. My father added that Japanese atrocities were even more brutal in China, especially by the infamous Unit 731.

I remember the sad tone of my father’s voice when he shared with me that many innocent lives were sacrificed needlessly during Sook Ching. He explained that, sometimes, it was more a case of neighbourly disputes or just plain petty jealousy. Some of the hooded men were gangsters and hoodlums who had extorted or borrowed money from their neighbours. To avoid settling their debts, they conveniently framed their neighbours. Thousands of innocent victims died.

Almost every day, the Japanese would hang a few heads of the people they had decapitated. Often, they would dig out the eyes or pull out the tongues from the severed heads.

My father told me that the Japanese were trying to frighten the local populace into total submission and obedience. Sometimes, innocent folks were killed for even small misdemeanours. My father added, perhaps that was why there were so many ghost sightings around the padang after the war.

Workplace: Conferences going online helps reduce carbon footprint by 94%
'Weed' your negative thoughts and cultivate a peaceful mental garden
Heart and Soul: Starting life in a nursing home
Last nine years among 10 hottest ever
How global firms are falling short on forest protection vows
Unique art and whisky collaboration highlights New Year celebrations around the world
Getting married in a time of Covid
Dear Thelma: Feeling hurt as my good friend is pulling away from me
How 'reversible building' is rethinking the use of buildings over time
Heart and Soul: An angel watching over us