Big Smile, No Teeth: Why are we sitting back and letting the rich lead the way?

Jeff Bezos may have made the first move from being a universally hated billionaire to saviour of the planet by pledging US$10bil (RM41.9bil) to fight climate change recently. He’ll use the money to start the Bezos Earth Fund and work with scientists, NGOs and activists to “help preserve and protect the natural world”.

Which is terrific. Great. I suppose.

Of course, there was instant criticism from the Internet, with people saying that his company, Amazon.com, creates a ton of waste (all that packaging when you order anything from the world's biggest online store) and if Bezos really wants to help the world why not start there? Sure. Bezos could start there, or he could start by pledging US$10bil to stop climate change. Does it really matter?

These arguments that I hear so often against people trying to do something good are ridiculous. I heard something similar with Elon Musk and Tesla, his electric vehicle and clean energy company. The criticism that Musk isn’t some eco-stud for pushing electric cars because he’s still doing it for profit, to me, doesn’t diminish the fact that he’s actually making a difference.

I think these sorts of arguments are overly simplistic. Person A does something morally good while simultaneously doing something morally questionable. That basically describes each and every one of us. Way to hate on someone for being human. No one is one single thing.

Jeff Bezos has pledged US$10bil to fight climate change. Jeff Bezos employs working standards at his Amazon.com warehouses that are frequently cited as horrible. Both things can be true. You can like that he’s using his fortune to stop environmental degradation and still not like him for having bad working conditions in his warehouses, which are euphemistically called “wish fulfilment centres” – just not for the workers, apparently. 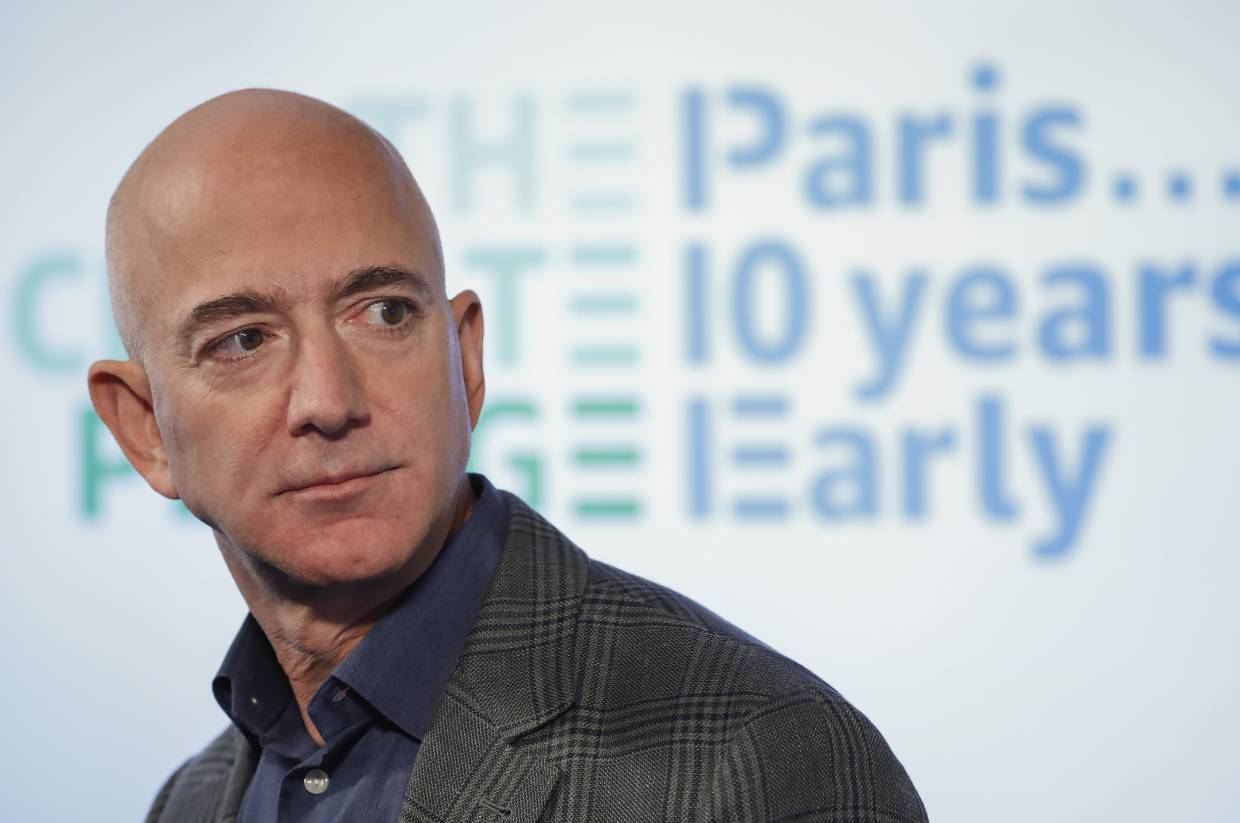 It’s great that Bezos is giving this money – but it certainly leaves him with all the power, doesn’t it? — APThen there is the whole question of philanthropy. People generally like philanthropy. Philanthropy is good. The rich giving back is good. But not when the rich choose their causes. Sure, I’m happy that Bezos has pledged more money than I ever could unless I worked 1,000 years straight for US$$3,000 an hour and never slept. And that sounds snarky but, really, I’m happy he’s pledged this. We need the help to fight the climate crisis.

But I’m upset that a billion dollars was raised in two days to repair Notre Dame Cathedral in Paris after the 2019 fire, which clearly illustrated the priorities of the rich. The world can burn but as long as we have our pretty church, we're good.

And that is the problem with philanthropy. The rich choose where the money is allocated. Sometimes they donate to help a problem that is potentially world-ending and they help us all. But sometimes they donate to some niche area that affects very few of us. In the process, the rest of the world twists in the breeze while a handful of super rich folks decide all our fates.

And this is more and more the world we live in now. A world where parents who have a child in need of expensive life-saving surgery have a better chance getting it paid for using crowdfunding than depending on their country’s actual medical system. The dystopian future you never wanted is already starting to creep in.

But maybe I’m getting off track. Because what started all this was Bezos pledging US$10bil to end climate change. And that made me happy. But then it made me think all these other thoughts and now I sound more frustrated than happy.

Maybe it’s because I’m thinking, that’s great that Bezos is giving this money, but why are we sitting back and following the lead of the world’s richest person? It’s because he has US$10bil to give away. Just like that. Which means he has all the power.

We should be following the lead of activists, or world leaders, or scientists but they don’t have the money to be taken seriously, so we wait as usual, twisting in the breeze. And then Bezos gave money. And that’s terrific.

Let’s just hope in a few years he doesn’t realise that trying to solve climate change is just too challenging and decide the next thing he should fund is finding a way off this dying planet – because then he’ll literally be leaving the rest of us twisting in the breeze.

Order online or drive to the store? The climate savvy pick ‘clicks and bricks’

Big Smile, No Teeth: Eventually, we will all be affected by the climate crisis